'Long gone is just picking up litter. It's much bigger than that': TidyTowns helps bolster community spirit during Covid-19 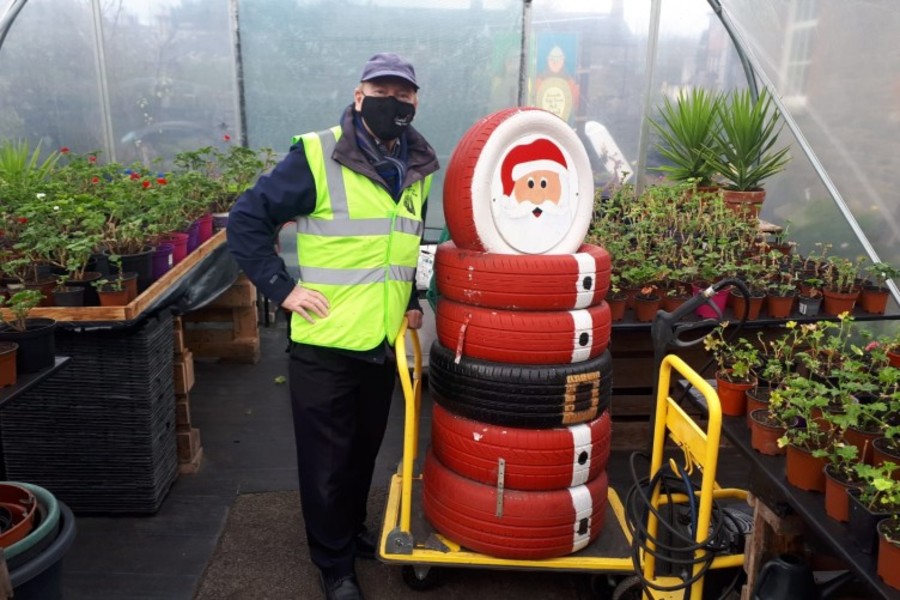 Source: Swords Tidy Towns
Tidy Towns committees around the country have been still been working all year, despite the cancellation of the competition for 2020.

IT’S WELL OVER a decade since Ken Duffy saw that his local area of Swords in north Dublin had been named the dirtiest town in Ireland.

Dissatisfied with such an ignominious title, he became one of the founders of Swords Tidy Towns and remains its chairperson today.

“I was involved with the community council at that time… and we decided to do something about it,” he told TheJournal.ie.

“And we are where we are now. Last year, in that same Ibal [Irish Businesses Against Litter] report, we were the third cleanest town in Ireland.”

And, yes, Tidy Towns is about making an area cleaner, picking up the letter and wiping away the grafitti. But, in Swords and elsewhere around the country, Tidy Towns volunteers regularly give up their time to try and improve their local community in a variety of ways.

In the north Dublin suburb, this can take a number of forms.

Its secretary Teresa Cosgrave told TheJournal.ie: “It’s not just litter picking. We do a lot of gardening around the town. We work in biodiversity, sustainability, we run local competitions, tidiest estate competitions and table quizzes. We do quite a bit now. But obviously we haven’t been able to do things as normal this year.”

As with everything else, the pandemic has had an impact on the annual Tidy Towns competition which recognises the work put in by local groups around the country to try and improve their area.

The Tidy Towns competition first launched in 1958 when it had 52 entrants. On its website, it says the aim from the start has been “to encourage communities to improve their local environment and make their area a better place to live, work and visit”.

It has grown and developed over the years and, in 2019, had 924 entrants across numerous categories.

The government says it has gained a “unique place in Ireland’s culture and heritage” since its inception but, this year, it could not go ahead due to Covid-19.

Duffy said: “It’s not just picking litter. The Tidy Towns competition has changed year-on-year. It gets harder and harder to get the points. We have, for the last three years, won the silver medal.

But the goal is to win the gold medal and we have elected officers to that end. But it’s about community as well.

The team in Swords have a number of elected officers, reaching out to local residents, local schools, sports teams, working on art projects, encouraging biodiversity and sustainability in the area.

“This is all people giving up their time, their free time, to help and do their best for their community,” Duffy said, adding that there were 16 different nationalities among its membership.

The competition for 2020 had been due to launch at the end of March, right when the country was being put into its first lockdown.

Then-Minister for Rural and Community Development Michael Ring said that the health and welfare of the volunteers on Tidy Towns committees was “paramount”.

“Given the current restrictions around public gatherings, travel, and adherence to social distancing, it would not be appropriate to ask voluntary groups to work on TidyTowns projects in their communities at this time,” he said.

For Tidy Towns around the country, while the competition may not have been on, the work they do has not stopped, albeit they’ve had to change their approach.

Duffy said: “The way we work is through our WhatsApp group. We’re able to send out the information. So we’re able to stay in touch and keep members informed.”

Members – in family groups – still managed to get out and help clear up the litter and participate in other activities. 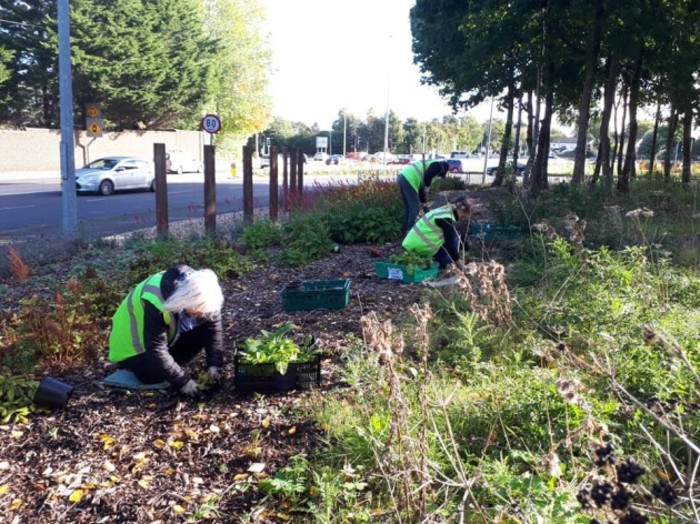 Cosgrave, however, said a problem this year had been fundraising as usual methods such as quiz nights and coffee mornings.

However, donations from the likes of the DAA will help towards a frontline workers garden.

“It’s not just nurses and doctors, it’s supermarket workers etc,” she said. “We want to have a bench designated just for frontline workers and have it across from the fire station.”

It wasn’t all bad news this year for the committee, however, as their rock garden project was awarded a sought-after community Green Flag in October. Cosgrave said that was a nice boost for the members.

Another project they’re currently working on is a heritage map of Swords.

Cosgrave said: “We’ve the castle, Columbus tower, and a quite a few things. We want to encourage – when this pandemic is ever over – for people to come into Swords instead of bypassing it.”

Also looking ahead, the team is hoping that the competition can go ahead next year as indicated by the government.

“It took me six weeks to compile the application,” Cosgrave said. “We put a lot of effort into it. It was disappointing for us [to have this year's cancelled]. It focuses the mind. I can see why it didn’t go ahead. We’re looking forward to next year, even if it might be done a bit differently.”

Minister for Rural and Community Development Heather Humphreys has said that the format may indeed need to be altered given the ongoing presence of Covid-19 but that work was under way to find a path forward.

“As we have moved through different stages of living alongside the pandemic, the TidyTowns volunteers have demonstrated that they can continue to do some of their activities while still following all of the necessary public health precautions,” she said.

It is important that we recognise and reward the great work that is happening around the country and the pride of place during these difficult times and that is why I am committed to holding a TidyTowns competition in 2021.

Until they know more, the team are all set for their annual Christmas party bringing members together for a quiz.

However, like many of us this year, it’ll be happening on Zoom.

“I think we’re all used to the new normal at this stage,” Duffy added.