Electricity credits for householders will be universal payments and not targeted, says Taoiseach 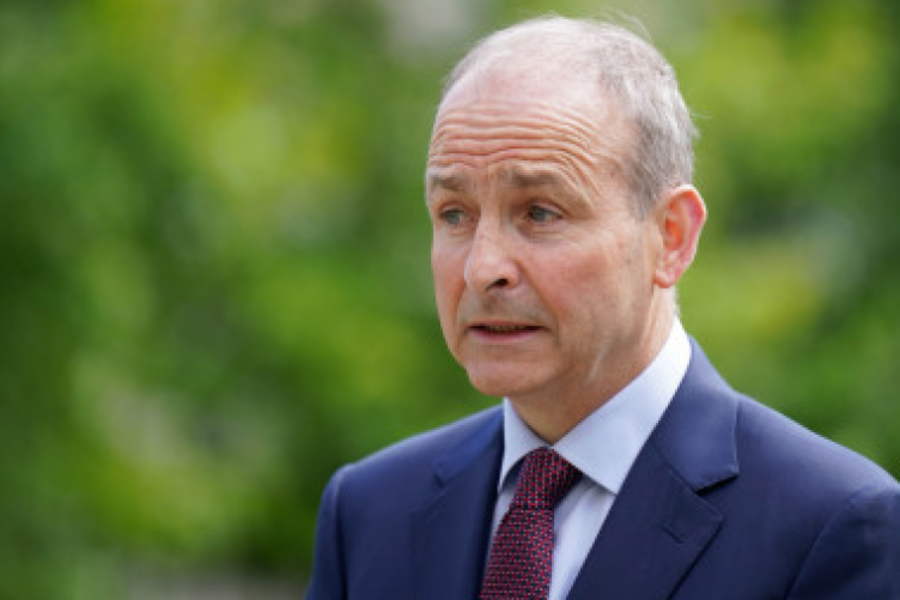 Micheál Martin said there are ‘huge questions’ around an electricity price cap.

TAOISEACH MICHEÁL MARTIN has said the electricity credits that householders can expect to receive before Christmas and into next year will be a universal payment.

Martin confirmed on Newstalk Breakfast this morning that the electricity credits will not be targeted.

Government sources have said the €200 electricity credit has to be substantially increased, with it widely expected that at least three discounts of €200 or more are on the way to customers between now and next spring.

As reported in The Journal this morning, Public Expenditure Minister Michael McGrath said at the Fianna Fáil party think-in in Mullingar that the electricity credit is “obviously a very live option”, stating that it has worked already and is something the system could administer quickly.

“We’re looking at a whole range of other options,” he added, stating that he has asked all departments to offer proposals around cost-of-living measures in terms of charges and fees that people are facing.

The Taoiseach reiterated that the Government will move to reduce costs imposed by the State such as healthcare and education costs.

While he would not confirm how much the cost-of-living package will be, Martin said a meeting with the party leaders and Minister for Finance Paschal Donohoe will take place this week.

Martin told RTÉ’s Morning Ireland that he would favour issuing energy credits to households rather than implementing a cap on costs as the UK government has done, which saw the government limit bills to £2,500 and paying any costs above that.

“Not a cap, it would be indeterminate and the issue of sustainability is huge. There are huge questions around a cap, who ultimately pays for it, and in what timeframe?” he said.

“Initially we have to look at the winter period first and look at it through the prism of getting through to next spring, and then reassess and monitor where we are then, in terms of how we deal with this crisis.”

Electricity credits would be paid for either by a proposed EU initiative, to tax excess profits made by energy companies, or dealt with by the government itself.

Martin was also in favour of a windfall tax to cover household costs.

“The idea of preventing windfall profits on the back of this crisis is a good one, we have to be fair with people on that and the exchequer, whether it’s an EU mechanism or domestic mechanism,” he said.

Martin also told Morning Ireland that the CRU and Eirgrid met with the three major party leaders last September to highlight the potential of interruptions to energy supply but he had expected that any issues would have been flagged earlier, up to two or three years in advance.

He added that he “doesn’t necessarily support” tariffs for large energy users.

“My own view is that one of the great strengths of Ireland in the last 50 years is our enterprise strategy. Industries could depend on our utilities to be consistently provided whether it’s water, energy or whatever.”

The Taoiseach also said gas will have to be a transitional fuel that is used, stating that an LNG terminal will be required. Gas Networks Ireland has put forward “ideas on storage facilities”, said the Taoiseach, though he added that no discussions have taken place on the matter with party leaders such as Eamon Ryan.

“There will be specific locations coming forward in that respect,” he said.

The Taoiseach also commented on the pressure that businesses are coming under, stating that a subsidy scheme will be needed to prevent job losses during due to the cost of energy but he would not like to see a price-cap on energy bills.

Speaking on RTÉ’s Morning Ireland,  he said that government intervention is necessary for the coming months but there isn’t a final figure on the budget or the cost of living package yet.

“We’ve assessed the fact that the prices in energy are going so high at an unprecedented level, the likes of which we have never seen even in the late 1970s when we first had a  real experience of the oil crisis and so forth. So that will demand a response.”

“It will not be at the same scale or level as during Covid but the principle of intervening to protect jobs clearly has merit, it worked during Covid,” he said.

“We believe that the cap is essential because we have to do two things: we have to address the issue of affordability, but we also have to provide certainty through October to the end of February, which is the period where most households expense about 70 to 75% of their annual energy supply or energy use,” she told RTÉ’s Morning Ireland programme.

“We want to match that with a windfall tax because we’re very conscious that as families and households struggle, there have been bumper profits returned. So we believe that the windfall tax needs to go hand-in-hand with that to dis-incentivise excessive profiteering.”

“And then we want to have a system of direct cash payments to households, but that would be in a targeted way. So it wouldn’t be a flat payment as proposed by the government.”

Speaking to reporters at her party’s think-in in Dublin this morning, McDonald outlined that her party wanted to see payments tapered down to those who are on the lowest incomes.

“We’re conscious of the fact that everybody, every household, every worker is affected by this inflationary spike, but particularly those on lower incomes,” McDonald said.

With reporting by Christina Finn at the Fianna Fáil think-in in Mullingar and Michelle Hennessy.