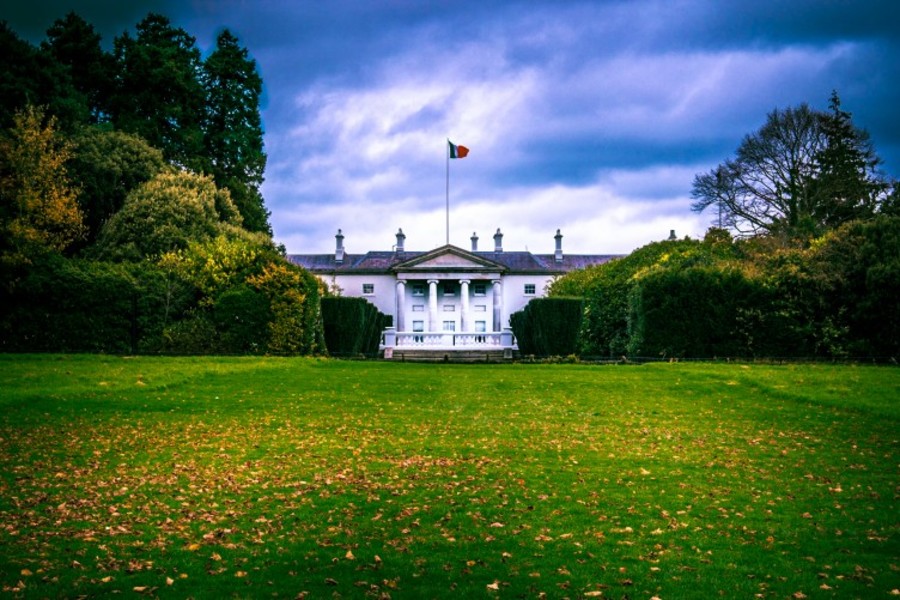 File photo - Áras an Uachtaráin, Phoenix Park
Source: Shutterstock / jigfitz
There are plans for 33 semi-detached houses and a four-storey apartment block near the Phoenix Park.

A PROPOSED NEW housing development near the Phoenix Park in Dublin poses a threat to the security of President Michael D Higgins, the OPW and gardaí have warned.

Planning files show the OPW has raised an objection to plans to build 33 houses and 31 apartments on a 0.35 site at Blackhorse Avenue which is adjacent to the Cabra Gate entrance to the Phoenix Park.

The OPW, which is responsible for management of Europe’s largest urban public park, said it had “serious concerns” about the proposed development in relation to the safety and security of President Higgins who lives at Áras an Uachtaráin, approximately 400 metres away.

It also expressed concern about the impact the development could have on users of the park as well as the potential for it to affect the stability of the park’s historic perimeter walls which are protected structures.

The plans provide for 33 four-bedroom, semi-detached houses and a four-storey apartment block following the demolition of two existing single-storey buildings on the site which is at the junction of Blackhorse Avenue and Villa Park Road.

The park’s chief superintendent, Margaret Gormley, on behalf of the OPW, said the security of Áras an Uachtaráin could be compromised by the development.

Gormley said the OPW had been advised by gardaí that the side elevations of the apartment block looked directly out onto the Phoenix Park and people on the top floor or roof garden could see directly into the grounds of Áras an Uachtaráin and the front aspect of the main house.

Gardaí said the development also allowed views of the internal walkway within the grounds of Áras an Uachtaráin that posed “inherent risks to the safety of the President”, while daily movements of presidential vehicles could also be observed.

Gormely said there were no screening or visual barriers planned between the development and the Phoenix Park which meant it would result in “a visual blight”.

“It will considerably limit the public’s enjoyment of the park at this location due to being totally overlooked by residents from the apartment block,” said Gormley

The OPW pointed out that the whole of the Phoenix Park including its boundary walls is protected under the National Monuments Acts.

Dublin City Council has sought further information from co-developers, Lark Finance and SM Blackhorse, about their plans before making a decision on whether or not to grant planning permission for the project.

Council planners have also identified problems with the existing plans claiming the proposed parking and turning layout “is likely to give a high level of conflict between vehicles and pedestrians and cyclists.”

They recommended the current configuration of a children’s play area needed to be improved.

Several councillors as well as former Labour TD, Joan Burton as well as local residents were among over 40 parties to raise objections to the development.

In 2018, An Bord Pleanála ordered plans for another four-storey apartment development further along Blackhorse Avenue to be reduced by one storey following an appeal by the OPW when it raised similar concerns to the current application.