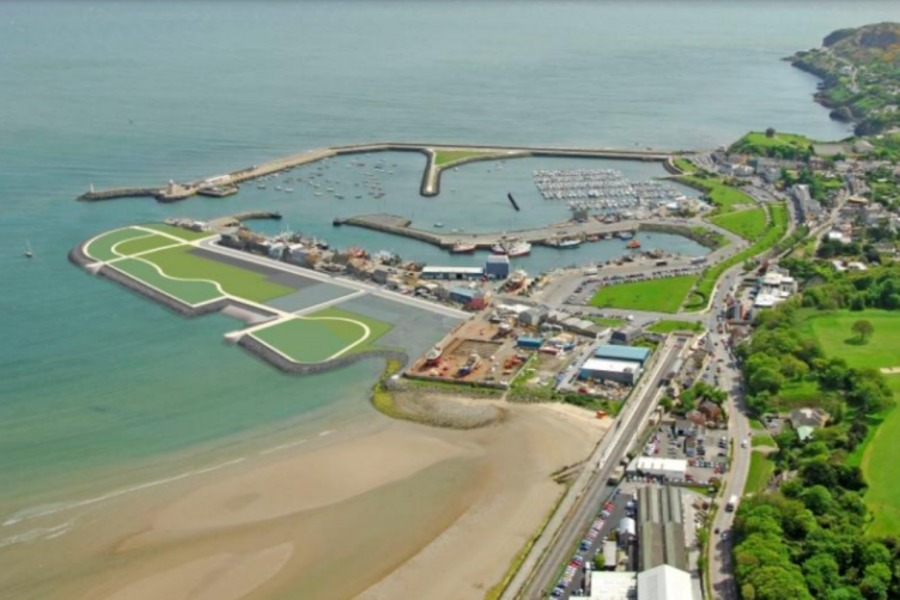 PLANS FOR THE reclamation of almost five hectares of land at the West Pier in Howth using material dredged from the harbour’s seabed have been revealed in a project estimated to cost around €26m million.

A new 100-metre wide infill area on the outside of the West Pier will create a new coastal linear park including slipway access to the water for small craft.

The Department of Agriculture, Food and the Marine, which is the harbour authority for Howth, has launched a public consultation on the plans in advance of formalising a planning application which it intends to submit to Fingal County Council in May.

The department said the aim of the project was to dredge silt from within the harbour seabed to provide better navigation access to the fishing, leisure and lifeboat craft using Howth Harbour.

It is estimated that 240,000m³ of silt will be removed from the seabed in the harbour and treated using soil stabilisation techniques to help create a reclaimed area of 4.8 hectares.

The material is the equivalent of 32,000 truckloads of material.

It is proposed to use the new area as a public amenity with slipway access to the water for leisure users as well as for car parking and storage areas for fishing and leisure equipment.

The department said some of the area might be converted to light industrial or commercial use to support harbour operations in the future but that was not part of the current plans.

The last major upgrade of Howth Harbour was in 1980 when the middle pier, an internal breakwater and marina area were constructed.

The department claimed the removal of material from the harbour’s seabed was required to maintain safe access during all tides.

It said the works were necessary due to the increased size of fishing vessels, siltation and a desire to improve the area of the harbour available for use by marine users.

The department said it was unable to hold public meetings about its plans for Howth Harbour due to Covid-19 restrictions but said it would carry out a consultation process virtually.

It confirmed it will be submitting an Environmental Impact Assessment Report and Natura Impact Statement as part of its planning application.

If approved, the project is expected to take around 18 months to complete.

The department said the creation of the new land will contribute to the diversity of Howth Harbour as a major venue for leisure activities and reinforce the area as an important tourist destination.

Local Green Party councillor and the Mayor of Fingal, David Healy, welcomed the proposed development but said it was important that the removal of contaminated material was done properly while also maximising biodiversity and conservation aspects of the scheme.

Mr Healy said the use of the dredged material for infill was a better option than dumping it at sea.

“It has the potential to create a wonderful, new public space,” said Mr Healy.