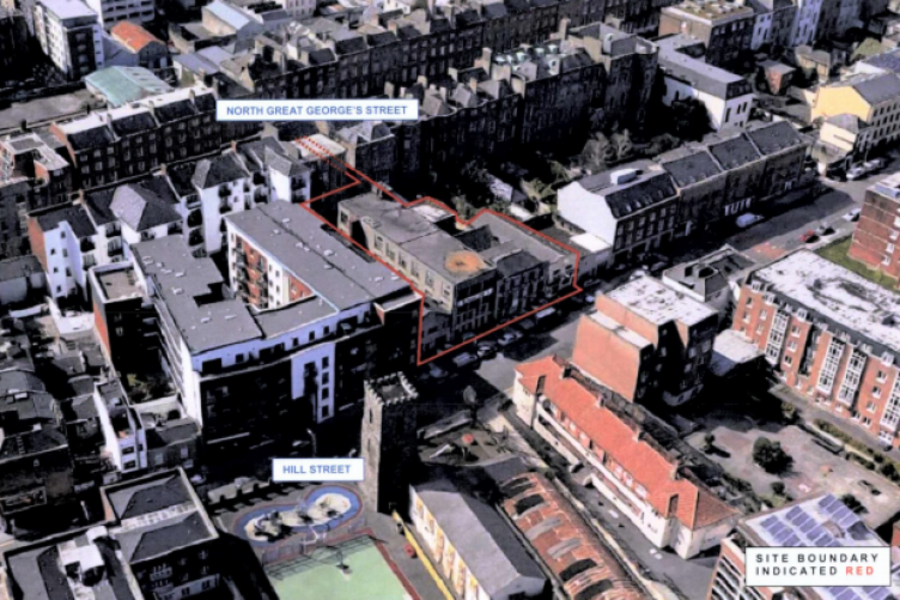 Source: DCC
The North Great George’s Street Preservation Society has lodged a judicial review over numerous concerns it has about the development.

THE NORTH GREAT George’s Street Preservation Society has launched a judicial review in the High Court against An Bord Pleanála.

The legal action relates to a planning application granted for a seven-storey co-living building behind North Great George’s Street, located on Hill Street in Dublin 1.

The current structure at 39-41 Hill Street is a warehouse building; it has been proposed that a 132-unit co-living building be put in its place.

Included in the co-living plan is a reception area, a gym, a communal lounge, co-working spaces, an activities room, a roof terrace and a café.

A communal kitchen and living space is proposed for every level from ground to fifth floor. 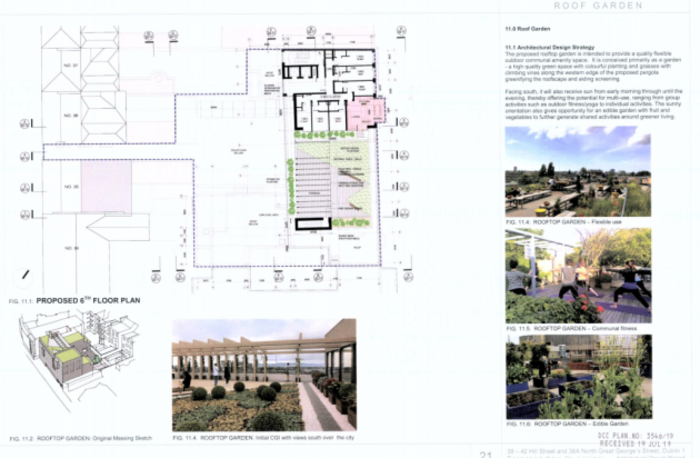 An appeal was lodged with An Bord Pleanála on 17 December 2019 by a number of parties, including the North Great George’s Street Preservation Society. On 16 June this year, An Bord Pleanála granted permission for the development, with revised conditions.

On 20 July, a request for an extension to include units 31 and 42 Hill Street in the above plan was lodged. This would increase the number of beds from 129 to 150, meaning there would be an extra 4 or 5 beds on every floor up to the fifth storey (planning reference 3061/20).

The application also sought to remove Condition 2 of the Order issued by An Bord Pleanála (Ref: ABP-306181-19) relating to the requirement for cooking hobs in all units.

A decision has not yet been made on this request for an extension.

Concerns with the development

In a press release sent out to its members recently, the North Great George’s Street Preservation Society said that this development “would damage the overall aesthetic of the area due to its height as well as causing severe overshadowing of houses in the immediate vicinity”. 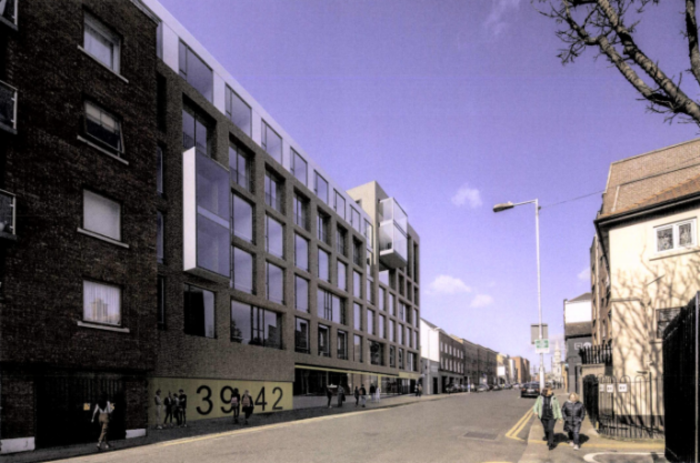 A mock-up of what the development would look like on Hill Street.
Source: DCC

The Preservation Society has argued that the houses on North Great George’s Street are protected structures, which gives them legal protections, and that the area is due to become an Architectural Conservation Area.

This would mean that there would be additional restrictions in place to ensure new developments or alterations to the streetscape are in keeping with the feel of the street.

“Allowing the proposed development at this time, just before the area’s status is due to change, is akin to ‘sneaking under the barrier’ and in marked contrast to the spirit of what is intended,” it said in its correspondence to members.

While acknowledging that the site could have been developed for 60 apartments, which would have been “in keeping with the character of the area”, it said that the current plan “would result in the wanton destruction of many years of patient work in return for a short-term, dubious and speculative gain, while something unique, precious and emblematic of the city itself would be destroyed forever”.

An Bord Pleanála said that it has not received the papers yet. It can take a few weeks between their lodgement in the High Court and delivery to the board.