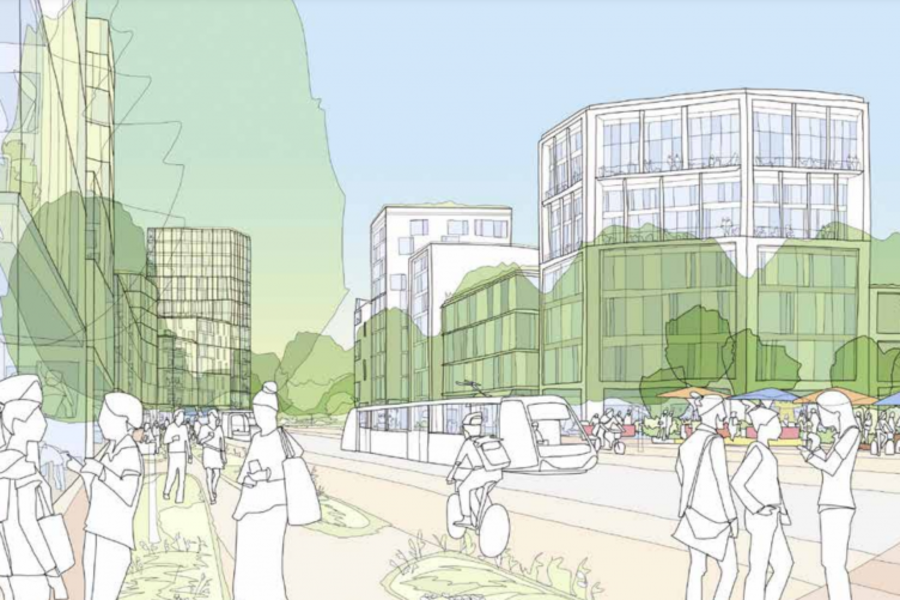 A NEW 50-year plan from two Dublin councils intends to build 40,000 new homes at the western edge of Dublin city.

This plan claims it will create a “liveable” and “climate resilient urban quarter” around the Naas Road, Ballymount and Park West areas.

The councils said this project aligns with government plans for “compact growth” where development is focused on land close to cities to allow people to use public transport, cycling and walking facilities.

The councils claimed it is “one of the largest regeneration opportunities in Europe”.

A statement said five new neighbourhoods will “celebrate the area’s existing qualities” like the Grand Canal and Lansdowne Valley Park.

The project would also include a network of new biodiversity parks, green and blueways for cycling and walking, alongside public transport and other facilities.

The neighbourhoods would follow the 15-minute city concept where everyone can access most of their daily needs within a 15-minute walk or cycle.

The plan also said the areas would target 50% green cover, promote a reintroduction of biodiversity and protect against climate change impacts such as increased flood risks.

Increased risk of flooding and sea level rise are the most significant climate impacts Ireland is facing, alongside other more intense and frequent extreme weather events like heatwaves.

A statement from the two councils said the area in the west of Dublin city is “already a cornerstone of the Dublin economy” with 25,000 people employed in around 1,500 businesses.

But it has been identified as an area that “has the potential to be much more intensely used”.

“Located at the western edge of Dublin City, within the M50 and only 15 minutes from the City Centre, this large brownfield land bank is the logical ‘next step’ in the sustainable growth of Dublin,” a council statement said.

In terms of transport, the project summary said it will be a challenge to “augment and connect” the M50, rail lines and the Red Luas line to create more comprehensive public transport and active transport methods.

It proposes a new Luas stop alongside a new Luas to Kimmage to interchange with orbital routes and BusConnects.

Under the government’s recently agreed sectoral emissions limits, greenhouse gases from the transport sector must halve by 2030 compared to 2018 levels.

The housing would be a mix of homes to “accommodate all needs” including single occupants, house shares, students, families and older people.

It would range from one-bedroom to family sized homes.