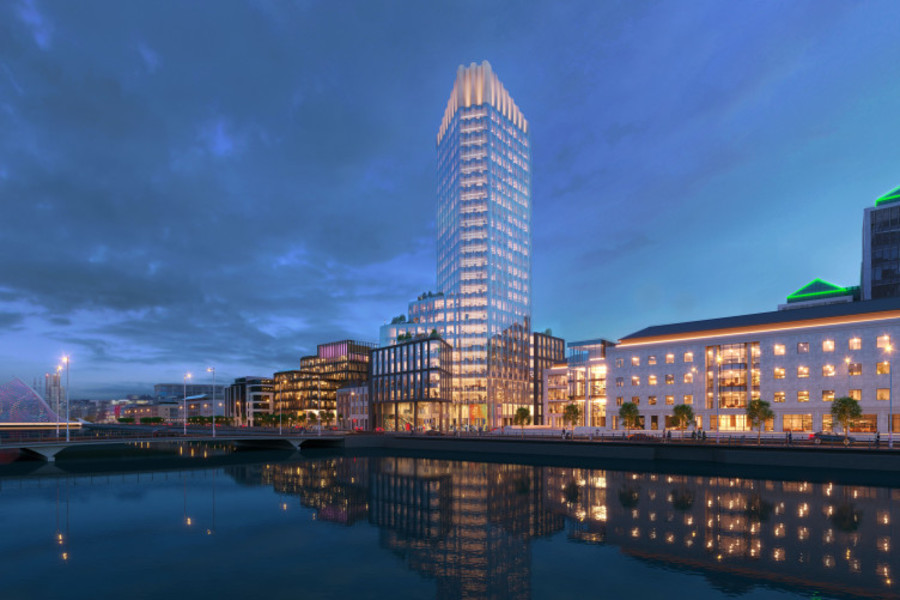 The building would stand taller than Belfast’s 85 metre Obel Tower.

A PROPOSED 24-STOREY structure at the former site of Dublin’s City Arts Centre would become the tallest building in the capital at 108 metres if planning permission is granted.

Planning would include over 1,400 square metres of artist studios and workshops in the building’s double basement, ground and first floor levels.

A 244 square metre gym is proposed at ground level onto Moss Street, with the remaining 23 storeys of the building set aside for office space.

To pay homage to the former City Arts Centre site, the original neon sign was salvaged by the developer and will be used at the entrance to the new building, the Irish Times has reported. 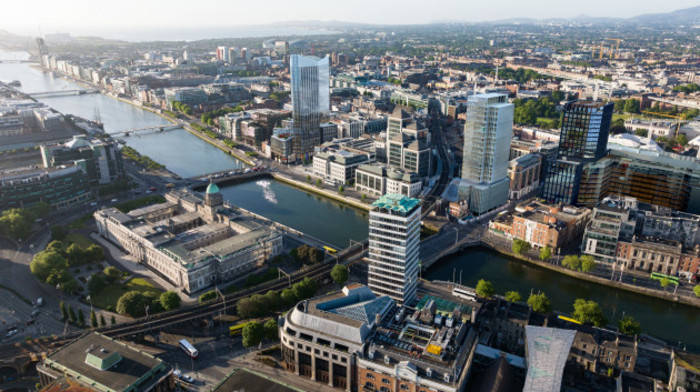 The double basement will also provide for 11 car parking spaces and 424 bicycle spaces.

Dublin’s tallest structure would remain one of the Poolbeg chimneys, which stands at 207 metres, but the building applied for by Ventaway would claim the title of tallest building from Capital Dock (79 metres).

When completed the building would also be the tallest building on the island of Ireland, standing significantly higher than Belfast’s Obel Tower apartment building (85 metres).

Observations for planning permission will close on 20 September.