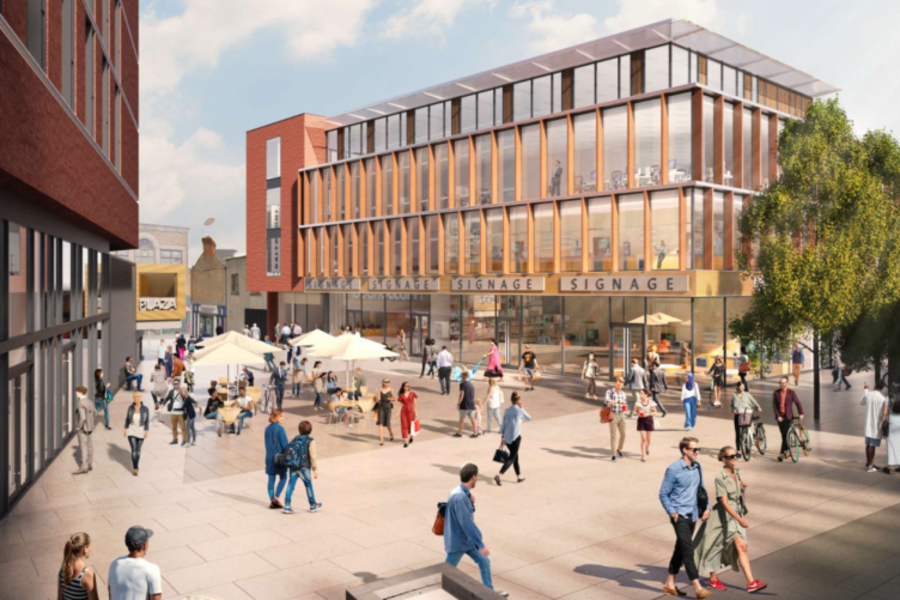 AN BORD PLEANALA has given the green light to contentious plans for a 297 unit shared co-living scheme on the site of Phibsborough shopping centre.

The objection by McDonald was one of just under 20 that were lodged with An Bord Pleanala against the scheme on Dublin’s northside by the owners of the Phibsborough shopping centre, MM Capital.

The developers lodged their ‘fast track’ plans for the redevelopment of the 1960s shopping complex and in its place to construct the seven storey development with An Bord Pleanala on 11 December last.

This was 11 days before Minister for Housing Daragh O’Brien TD (FF) signed into law on 22 December the ban on further shared co-living schemes.

In November, Minister O’Brien announced his intention to introduce the ban.

MM Capital already has planning permission for a €50 million student accommodation scheme at the site and the new replacement shared co-living scheme will increase the permitted building height by two metres and increase in floorspace by 1,079 sq.m to 12,235sq.m.

In her objection, McDonald stated that “co-living developments are driven by investors seeking to exploit the high demand for housing and apartments in our urban centres”.

She argued that “as a consequence, these developments drive up the cost of that land making standard residential development in Dublin even more unaffordable. On that basis granting permission to this development is neither coherent nor sustainable”.

McDonald was one of a number of local politicians to object to the scheme with the Green Party’s Neasa Hourigan TD also objecting.

The Dublin Association of An Taisce along with a number of local residents associations also raised concerns over the plan.

In granting permission, the appeals board has reduced the number of shared co-living units from 321 to 297 units.

The board inserted this condition “in the interests of providing a satisfactory standard of residential amenity for occupants of the development”.

Recommending that planning be granted, Board inspector in the case Una O’Neill stated that she was satisfied that “in terms of location and need, there is adequate justification for the provision of co-living/shared accommodation at this location and will provide for an adequate level of residential amenity”.

O’Neill also stated that shared co-living accommodation “should not be viewed as being provided to the detriment of family housing provision or social housing”.

She stated that shared co-living accommodation “is recognised as fulfilling a distinct housing need under planning policy”.

O’Neill stated that she did not agree with concerns raised that shared co-living “is incapable of supporting working from home”.

However a number of Dublin City councillors had expressed their strong opposition against the plan.

The board granted planning after finding that the scheme would provide an acceptable form of residential amenity for future occupants and would be acceptable in terms of urban design, height and quantum of development.

A spokesman for Phibsborough Shopping Centre welcomed the An Bord Pleanala decision.

Today, the spokesman stated that the decision together with Dublin City Council’s recent grant approval for the redevelopment of Dalymount Park “will see the regeneration of this significant landmark site into a contemporary, inspiring and an exciting destination for locals, sports fans, visitors and shoppers”.

He stated: “This positive outcome sees the culmination of five years of engagement, consultation, and design to transform Phibsborough Shopping Centre into a key destination.

The spokesman stated: “Co-living is currently an incredibly popular accommodation choice for young professionals in multiple large U.S. and European cities due to its design and community focus.”

He added: “There is a portion of the rental market whose needs are met perfectly by the community and convenience that co-living offers, where purpose built infrastructure and vast amenity space, which is unique to these types of buildings, creates a highly friendly and social environment.”