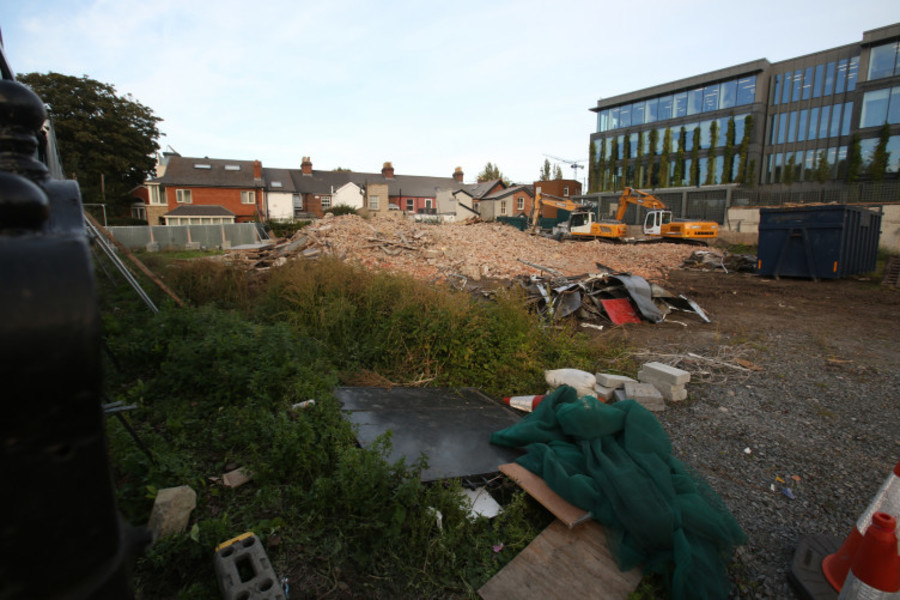 The site of the demolished O'Rahilly house. 29 September 2020.
Source: Sam Boal
The court was told the case against Derryroe Ltd and the co-defendants was the “unauthorised demolition” of The O’Rahilly House.

It initiated court action over the levelling of 40 Herbert Park, once home to The O’Rahilly, the only leader killed in the fighting.

However, it has stalled as a result of separate High Court proceedings.

Builders bulldozed the house in September last year to use the site for a 12-storey apartment and hotel development.

Derryroe Ltd, owned by the McSharry and Kennedy families, who own the Herbert Park Hotel, was granted permission by An Bord Pleanála for the demolition and redevelopment scheme.

DCC solicitor Michael Quinlan said the case against Derryroe Ltd and the co-defendants was the “unauthorised demolition” of The O’Rahilly House.

However, it would be premature to deal with the matter as it was also before the High Court and for a judicial review.

Residents opposed to the development claim the site was of significant resonance in Irish history.

The house, built after the 1907 Exhibition, featured in the formation of the Irish Volunteers and planning the 1916 Easter Rising.