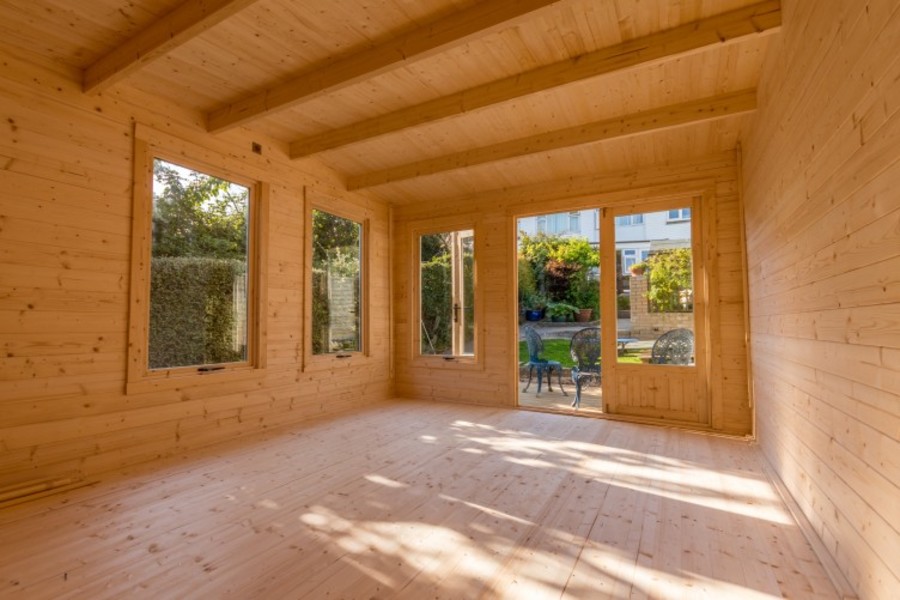 Source: Shutterstock / sixpixx
More than a quarter of the Irish workforce is now working from home.

REMOTE WORKERS FACE waits of up to ten months if they want to have a garden office or log cabin on their properties.

It comes following a massive rise in the number of people working from home during the pandemic.

According to the latest CSO labour force survey, the numbers reporting their home as the primary place of work had risen from less than 5% before the pandemic to almost 28% by November.

Tánaiste and Enterprise Minister Leo Varadkar has said up to 10,000 co-working and incubation spaces are planned for regional locations around the country over the next three years in a move to help start-ups and employees engage in smart work measures.

A report arising out of the public consultation on remote working, launched by the Department of Enterprise, Trade and Employment in July, is due to be published soon.

Many employees across the county who have embraced remote working are adapting their property for a better life-work balance.

The past few months have been a boom time for builders who specialise in garden offices and log cabins, with many companies booked up for months.

Shomera, one of the country’s oldest suppliers of purpose-built garden rooms, confirmed it has a waiting list until the end of October.

Ahead of reopening this week, Timber Living Log Cabins in Carlow said customers who place an order now will have to wait until at least the end of April, and most likely May, before it can deliver and assemble the units.

Offaly-based Ecohome Log Cabins Ireland said it has enough builds going on to “keep our three crews going until August”.

Beaver Log Cabins said it has stock, but only pre-built units that come as flatpacks.

The Newry-based company said the earliest it could get a team to build on site would be the end of March.

Home Hub Living, one of the newest entrants into the market, based in Dundrum, Dublin, is offering a time of six weeks to have units delivered and assembled.

Director Stewart Doyle said most orders are for home-working hubs, but there is also big demand for purpose-built home gyms, yoga studios, playrooms and bars.

“The orders largely reflect the huge transformation our society has undergone since the pandemic hit, but they also indicate a significant shift in lifestyle changes,” Doyle said.

“More and more people are utilising their home and properties to incorporate new spaces in which to work, to work out and to socialise.”

As the vaccine programme progresses, many companies and employees are looking at the summer for a return to pre-Covid working conditions.

However, Doyle believes remote working, or “blended working practices”, will become the norm for many people, especially employees living in commuter and rural areas.

“The demand is huge and it’s clear from the nature of the inquiries we are getting and from talking to people that they are planning for the long term.

“They are looking for detailed and very specific information about the quality of materials used in the hubs that will stand the test of time: they’re not just looking for a temporary fix.”

Paul Ellingstad of Grow Remote Ireland, an advocacy group that promotes the benefits of remote working for communities, said: “Working from home has definitely been gathering momentum.

“The Government already had this as part of the 2040 Ireland jobs plan and now, with the pandemic, I think a spotlight has been shined on it and the Government has to follow through on the big, bold plans.

“For a small county like Ireland, we are more agile. When things like the pandemic happen, we are able to react and accelerate. We are able to move policy quicker than other larger countries can.”