Cabinet approves new short-term let register aimed at bringing 12,000 properties back into use 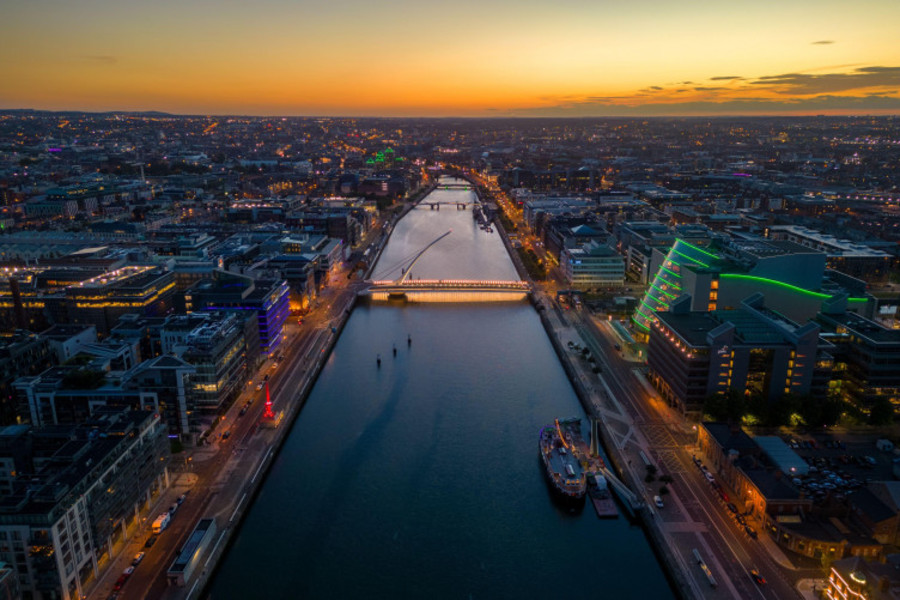 Source: Alamy Stock Photo
Property owners face fines of €300 if they advertise their property without a valid registration number.

A NEW SHORT-TERM let register has been approved by the government with expectations that it could bring some 12,000 properties back into long-term use.

It’s hoped that the requirement for parties to prove they have planning permission in some cases will discourage some property owners from putting their properties up for short-term let.

Tourism Minister Catherine Martin brought proposals to Cabinet for a short-term tourism letting register, which will be operated by Fáilte Ireland.

Properties advertised for short-term letting via online platforms, such as Airbnb, will be obliged to have a valid registration number with Fáilte Ireland.

Under the new regulations, any host offering accommodation for periods of up to and including 21 nights will need to be registered.

Property owners will have to register via the online portal, input their details and confirm they have planning permission, where applicable.

Before advertising properties, booking platforms will be obliged to only advertise properties with a valid Fáilte Ireland registration number.

Fáilte Ireland may penalise a property owner with a €300 fixed payment notice if they advertise their property without a valid registration number.

The body will also have the option to bring the case to the district court where the maximum fine is up to €5,000.

Government sources acknowledged that previous attempts to enforce the short-term let regulations were onerous, requiring local authorities to inspect properties to ensure they had the requisite planning permission needed to be a short-term let.

Speaking in Government Buildings today, Fáilte Ireland CEO Paul Kelly said the organisation has been working on a system that will enable them to stay on top of monitoring the register, and that he is confident in their preparation.

He said the funding “was made available in the budget the year before last, which enabled us to put the team in place, start building the system, so that we will be ready”.

He added: “So I suppose it is important that this is done right. And it’s done in a way that has a lasting positive effect.”

Kelly said compliance officers will be able to see what is advertised and check the Fáilte Ireland registration number and check that it applies to the property.

Local authorities will be able to check the registration number and therefore the Eircode of the properties listed for let online, and see if the property has the relevant planning permission in place. If they are not compliant, the properties can be removed from the platform.

The legislation is due to be passed by the end of the first quarter of 2023.

In light of a planned six month “cooling-off” period to allow people renting these properties to fulfill their bookings, it’s not yet known when the proposed 12,000 properties will come into the market.

Addressing reporters, Housing Minister Darragh O’Brien said someone who has a property for short-term let in a Rent Pressure Zone (RPZ) should already have applied for planning permission.

The minister said the property owner must be compliant before the can advertise online, stating that this new scheme is a “transparency and enforcement” measure.

In 2019, new rules were brought in which require properties to either get planning permission or apply for exemptions from local authorities to be legally advertised on Airbnb.

Under regulations that are already in place, planning permission is required for homeowners in Rent Pressure Zones (RPZs) who are letting out their entire home (principal private residence) for short-term lets of more than 90 days in total in a year while they are away or if they are letting out a second property they own as a short-term let.

However, it is rare that fresh planning permission for short-term lets is granted in areas of high housing demand, such as Dublin city.

At the time of writing according to Inside Airbnb, a third party website that scrapes data from Airbnb, there are 16,181 entire properties listed on Airbnb in Ireland compared to 1,376 properties listed for rent on Daft.ie.

Enforcement of the existing regulations appears to be patchy with a small number of applications made since 2019 for the necessary planning permission in Dublin, despite many properties being available online for short-term let.

During the summer, Airbnb requested that the government set up a register of approved short-term lets so it can block non-registered landlords from its site.

This new system and legislation aims to deliver on that ask.

Transparency around the short-term let market

Kelly said that the register will create a new level of visibility when it comes to short-term lets, which is what will deliver more long-term supply back to the rental market.

He said: “A lot of [short-term let] properties are out in in rural areas that are in holiday destinations, by beaches and other things. So they are appropriate for tourism accommodation.

“But there’s a lot of them that are in the town centres and the city centres that were actually designed and built to be long term residential properties that have flipped into this space.

“So it is those kinds of properties where the local authority will say they don’t have the planning permission to be to be left out as as a short term tourism and that’s what will take them out of the system.”

Sinn Féin’s Eoin Ó Broin has previously said that there are “missing pieces” of regulation around short-term lets, such as the lack of penalties for advertisers, including Airbnb, as well as the property owner.

Housing Minister Darragh O’Brien previously told The Journal that the regulations were taking longer than he would have liked, but under the proposals someone will not be able to advertise a property without the requisite planning permission and it can’t be advertised on any platforms.

Minister O’Brien said the scheme fulfills a promise of Housing for All and that if successful, will be a long-term solution to the lack of long-term letting properties available.

“What we wanted to do and we were very clear on in Housing for All was that we would have a register that is updated is accessible.

“That gives a basis for anyone to see properties that are available.

“It’s really important on the enforcement side of things that our local authorities working with Fáilte Ireland will be able to flag properties and if someone doesn’t have the required permission well then they will advise Fáilte Ireland and the property will be taken down from the register.

“So this is the longer term register that could be in place for some years to come.”

Minister Martin said the register will offer increased transparency, and highlighted its proposed benefits to the tourism sector.

She said she believes the scheme will help employees in the industry in securing accommodation too.

“The lack of appropriate housing for tourism staff is an issue.”

“I think it’s important for transparency and visibility as well, that there is a level playing field for all accommodation providers,” she said.

She added: “As Fáilte Ireland say that this is the first time that we will have real full picture of the stock of accommodation available. So that helps them inform their investment into those regions.”

Separately, the housing minister will seek an amendment to the Planning and Development Foreshore Bill which is currently before the Oireachtas, which will allow for a temporary measure to accelerate delivery of social and affordable housing on zoned local authority-owned or State land.

It provides for a temporary exemption from the Part 8 planning process in respect of social, affordable and cost rental housing developments by local authorities on local authority- or State-owned land subject to certain conditions such as:

It is understood this measure is being rolled out alongside the push for the acceleration of modern methods of construction, such as rapid builds, as well as providing funding to local authorities for land, which the Government hopes will help to accelerate delivery next year.

When asked about the underspend in the housing budget, the minister said there will be no capital surrender this year.