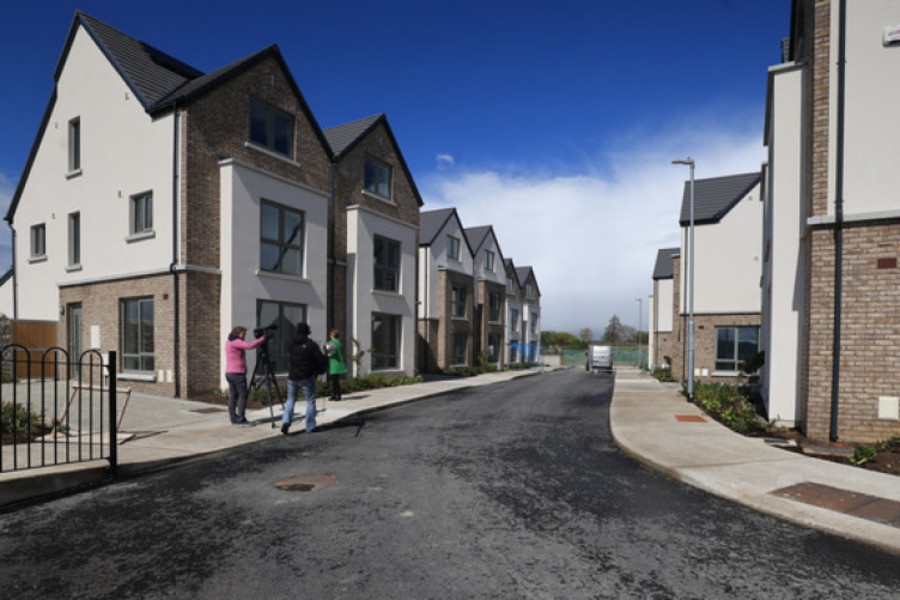 Mullen Park, Maynooth.
Source: RollingNews.ie
There was outrage when it emerged owner occupiers would be locked out of buying homes in the Maynooth estate.

HOUSES IN THE Mullen Park development in Maynooth will now not be sold to an investment fund, but will instead be sold to individual buyers.

There was outrage earlier this year after it was reported that owner occupiers were set to be locked out of buying any of the homes in the estate due to a deal to sell them in their entirety to UK-headquartered property investor, Round Hill Capital.

News of the discussions between the developer and Round Hill were first reported by the Business Post in May.

The fallout from the sale of the new development in Maynooth to a so-called ‘cuckoo fund’ dominated political proceedings for a number of weeks and refocused attention on the continuing housing crisis.

The government was accused of encouraging and incentivising the bulk sale of houses to investment funds, which resulted in ministers scrambling to find a solution.

In the end, the Government introduced a 10% stamp duty rate on the bulk-buying of homes by so-called cuckoo funds.

While initially welcomed, there was backlash when the coalition voted in favour of an amendment to the Finance Bill which will see these funds awarded tax breaks if the homes are bought for social housing.

The u-turn on the sale of the houses in Maynooth that initially sparked the push back from both the public and opposition parties will see a total of 115 three and four-bedroom houses now up for sale for regular, individual prospective buyers.

The remaining 20 homes in this phase of the development will be acquired by Kildare County Council for social and affordable housing under the terms of Part V of the Planning and Development Act, it is understood.

The estate, in total, has approximately 170 homes, some of which were sold to buyers in phase one of the development.

Housing Minister Darragh O’Brien welcomed the news that the homes would now not be sold to an investment fund.

O’Brien said: “I’ve been very clear that funds snapping up homes where there is a clear demand from buyers.”

The Government’s new Housing For All plan, which will outline new targets and policies in housing, will be launched in over a week’s time.