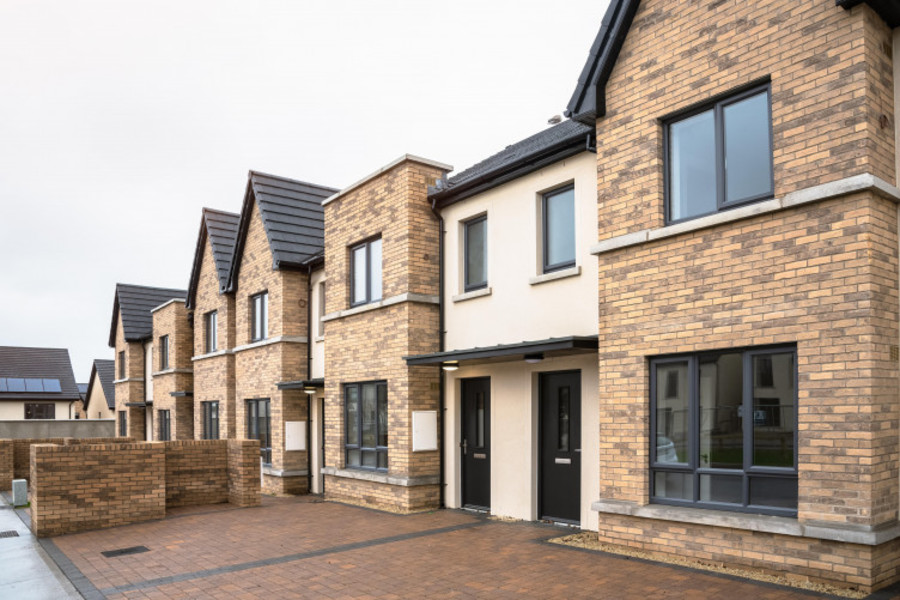 File photo
Source: Alamy Stock Photo
The total number of private homes that can be bought by all 31 local authorities is limited to 200 per year.

MEMBERS OF DUBLIN City Council have criticised a decision by the Minister for Housing Darragh O’Brien to limit the total number of private homes that can be bought by all 31 local authorities around the country to 200 per year.

Councillors said the ability of local authorities to buy houses and apartments that come on the market is particularly useful in cases where there are already tenants in place as in many cases such people are facing becoming homeless with the sale of the property.

As a result of the ministerial direction, Dublin City Council’s chief executive, Owen Keegan, informed councillors earlier this year that it had “a zero target” for acquisitions in 2022 as funding was being diverted into other forms of housing delivery.

Keegan said it also meant that the council would not be in a position to continue with its Tenant in Situ Acquisitions programme that had been introduced as a homeless prevention tool in 2018.

He said the council would only get approval for a “very limited number of individual acquisitions of vacant larger four-bedroom properties and one bedroom units for Housing First and homeless families and properties which have been long-term vacant and can be acquired under the Buy and Renew scheme.”

In a letter to the minister, Dublin’s Lord Mayor, Alison Gilliland, asked O’Brien to reconsider the low cap that he had imposed on councils in order to make the Tenant in Situ scheme “a special case.”

Gilliland said Dublin City Council had only acquired a home that had been put up for sale by a private rental landlord where the sale would render a tenant homeless on 147 occasions since 2018.

However, she added: “In each case it proved a very effective way to limit the trauma and upset caused by entering homelessness, to prevent time in homelessness and to remove the need for housing.

Independents4Change councillor, Pat Dunne, said he knew a couple who had lived in a private rental property for 18 years where they had reared their two sons aged 18 and 13 who were facing homelessness because the landlord had issued them with a notice to quit because he intended selling the property.

Dunne said the family were an example of where the council should have been able to buy the house as the youngest son had autism while both parents had been involved in a wide variety of voluntary work in their community.

“They are an integral part of the area. It would be a shame that they should have to leave. Fortunately in this case, they were housed by an Approved Housing Body,” said Dunne.

However, Keegan said the property did not fit the profile for acquisitions by the council who had to deliver housing in future via “new construction, multi-unit turnkey and regeneration.”

In a reply to the council, the Minister said his department had constantly engaged with local authorities about the priority of delivering homes through new builds with the Government’s Housing for All policy aiming to provide 47,600 new build social housing units over the next five years.

O’Brien said substantial funding had been made available to local authorities and Approved Housing Bodies to deliver on that objective which would be the primary means through which they would meet the needs of people on council waiting lists.

For that reason, the Minister said he had decided to place a limit on the acquisition of privately owned properties by all local authorities to approximately 200 per year.

He has also asked councils to focus on purchasing one-bedroom units, properties that allow people move from homelessness and specific housing required for individuals with a disability or other particular priority needs.

O’Brien said any acquisition must also represent value for money.

The Minister said Dublin City Council would be expected to have a significant number of property acquisitions approved this year as it represented “a significant portion of the national housing need.”

He said local authorities would offer “advice and assistance” in cases where landlords are selling properties with tenants who had been issued with valid notices to quit.

O’Brien said there were a range of homeless prevention measures available including the HAP Placefinder Service and Threshold’s Tenancy Protection Service to assist tenants in the private rented market.

However, he said it was open to local authorities to consider purchasing properties “in circumstances in which it is not possible for the tenants to secure a different home and are in danger of entering homelessness.”