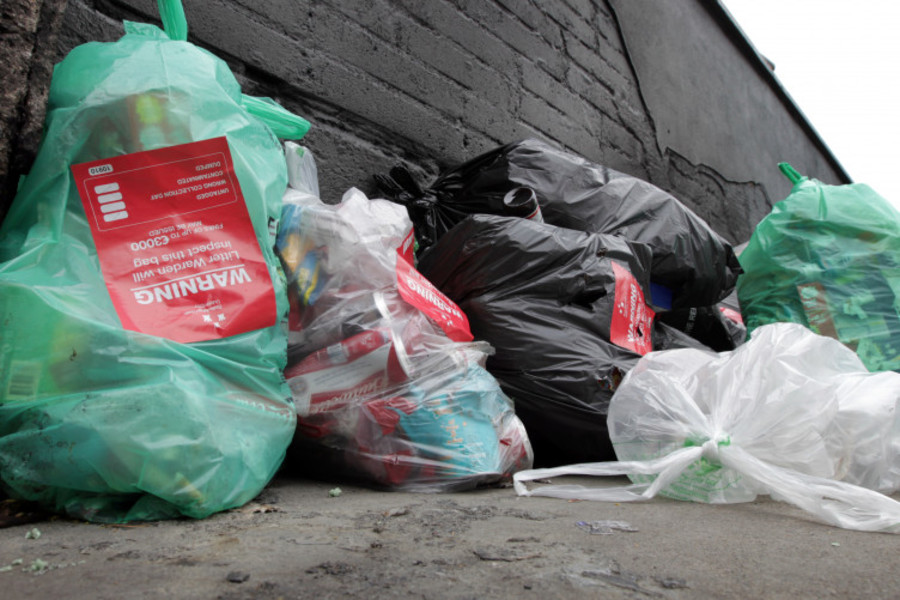 File image
Source: Mark Stedman/Photocall Ireland
Litter in the country’s main cities has worsened to levels not seen in ten years, according to Irish Business Against Litter.

A NATIONWIDE LITTER survey has shown that the majority of the country’s towns have cleaned up their act over the past 12 months but litter in cities has worsened to levels “not seen in ten years”.

The survey from the Irish Business Against Litter (IBAL) indicates that 68% of towns showed an improvement on last year with Portlaoise dubbed the cleanest of the 40 areas surveyed by An Taisce.

Finishing ahead of Leixlip and past winner Ennis, Portlaoise was at the very foot of the table back in 2010. The achievement was praised by An Taisce as the result of “years of concerted effort and steady improvement“.

A total of 23 towns and cities were said to be cleaner than European norms, while all but one of the bottom 10 places in the rankings – considered littered or heavily littered – were occupied by urban areas.

Dublin’s North Inner City was at the foot of the rankings and the only area to be branded a ‘litter blackspot’. Of the 25 sites in the area surveyed by An Taisce only two were found to be clean, and 17 were ‘heavily littered’ or worse. 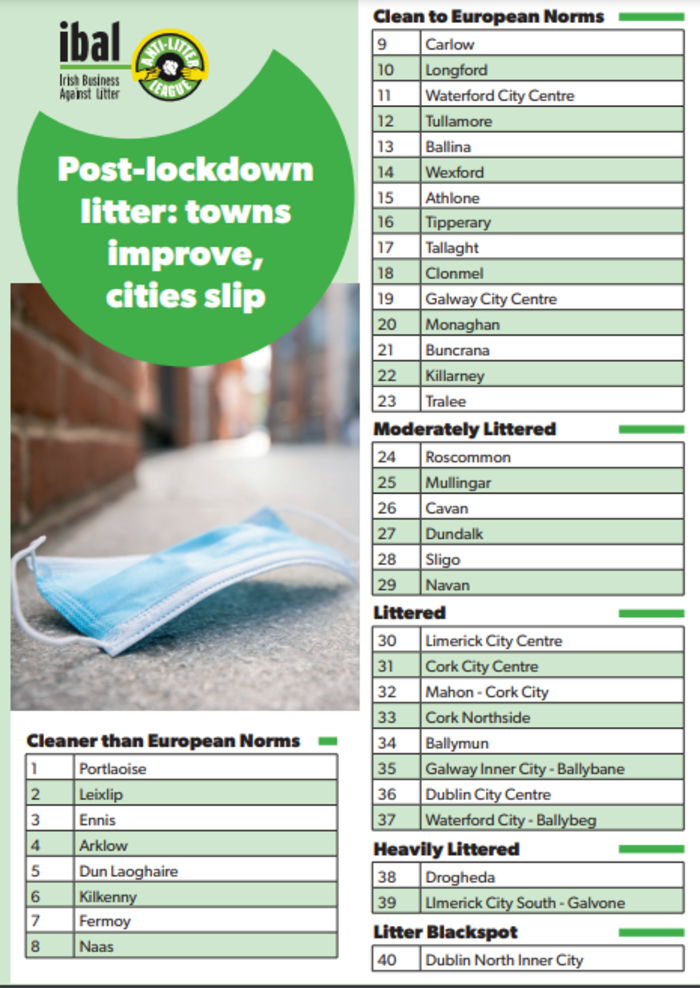 “For cities, this survey paints a bleak picture,” commented IBAL’s Conor Horgan. “Litter levels have worsened to a level we have not seen in the past ten years. Now that we have emerged from lockdown, we cannot use it as an excuse for high levels of litter.

“As we invest in promotional drives and build city hotels in anticipation of more visitors, we need to be mindful of the littered environment we are presenting to them.”

The survey also showed a near-30% increase in the prevalence of PPE masks on streets and an increase in alcohol-related litter such as cans and bottles.

“The need for PPE has not abated – unfortunately, we’re still using disposable masks, we’re still dropping them at an alarming rate and they are still not being picked up,“ said  Horgan.

IBAL were critical local authorities who it says have failed to address sites which they have previously highlighted as heavily littered, especially in urban areas.

Of the 103 such sites exposed last year, fewer than half have been cleaned up in 2021, according to the group.