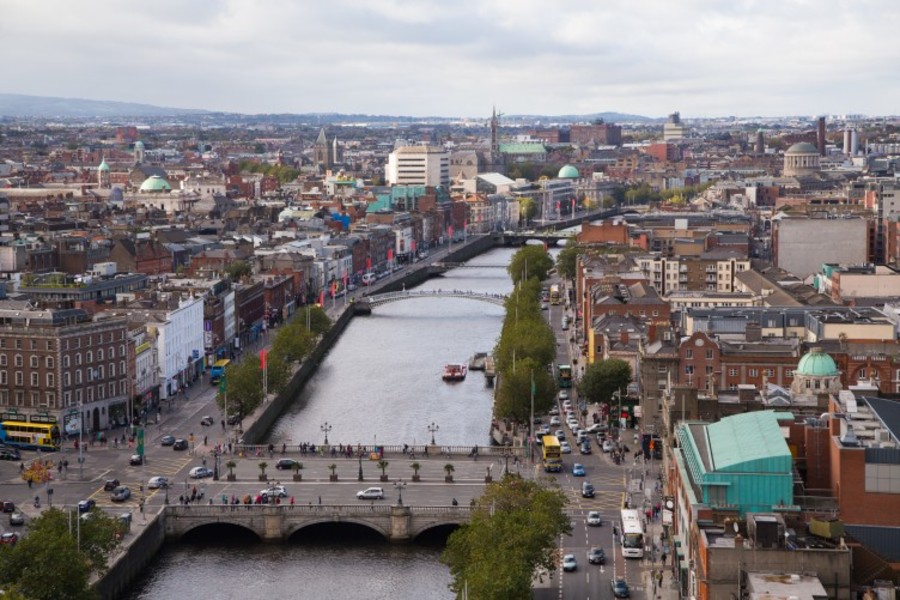 COUNCILS WILL BE able to transfer state lands to the Land Development Agency without a vote from councillors under a new Bill aimed at “clearing blockages” and “driving on development” of house construction.

Today, O’Brien said he will be able to specify the affordability requirement for the delivery of affordable homes for sale or rent on public lands.

This affordability requirement can be varied on sites in different areas depending on local housing needs, he said.

It will provide services to local authorities for the development of large scale multi-tenure sites for housing in urban centres over 30,000, and will assist with the construction of increased social housing on local authority owned sites, said the minister.

The agency was first launched to much fanfare by the then Taoiseach Leo Varadkar and then Housing Minister Eoghan Murphy.

At the time, Varadkar said the new agency “will have teeth” and “will hit the ground running”, stating that having a strategic plan in place for housing will end the “boom-bust cycles” of the past and ensure there is a long-term plan in housing delivery.

He added that the new agency will be viewed in the future to be just as pivotal as the establishment of the ESB and the IDA.

O’Brien said today that the new agency will be key to driving up housing delivery.

“Local Authorities can transfer lands to the LDA without requiring a council vote, accelerating the process, clearing blockages and driving on development.

“Ultimately, through this Bill, the LDA will be empowered to provide homes for affordable purchase, cost rental and social housing – another step in the Government’s direction of ‘Housing for All’,” he concluded.

Sinn Féin’s housing spokesperson has criticised the Bill stating that it undermines local democracy and forces councils to use public land for “unaffordable private housing”.

He also said there is a meaningless definition of what is deemed “affordable”.

In 2018, Murphy came in for criticism when he said government policy classes affordable as individuals earning up to €50,000 or a couple earning up to €75,000.

“And then when we talk about house prices we talk about €320,000 generally in the Greater Dublin area, Cork and Galway and €250,000 in other parts of the country. So we will be working towards those sort of affordability requirements that already exist as part of government policy,” said Murphy.

However, since then, the general scheme of the Bill was subsequently revised in October 2020 in accordance with the priorities for the LDA in the new Programme for Government, with the minister stating now he will be able to specify the affordability requirement.