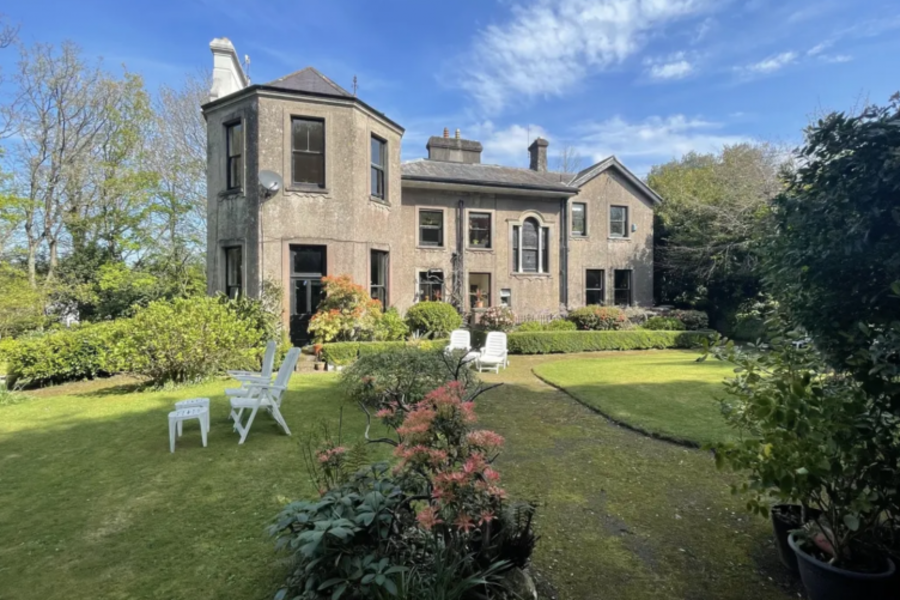 BEHIND ELECTRIC GATES and sitting on an acre site on Blackrock Road is Knockrea House, a 505 m² home spread over three levels teeming with period features inside as well as out.

This huge house dates back to 1835 and has eight bedrooms and five bathrooms. You may not believe that this unique home is a mere 1.5km from Cork city centre at first glance.

In the Cussen family since the 1940s, Knockrea is filled with heirlooms, photographs and mementos. They decorate each room and prove that this house has a lot of history. And it’s now on the market for €1,400,000. 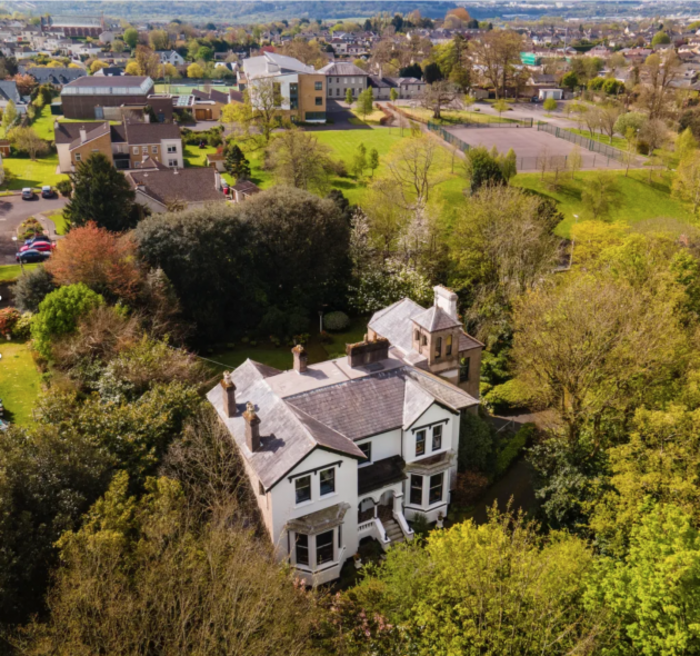 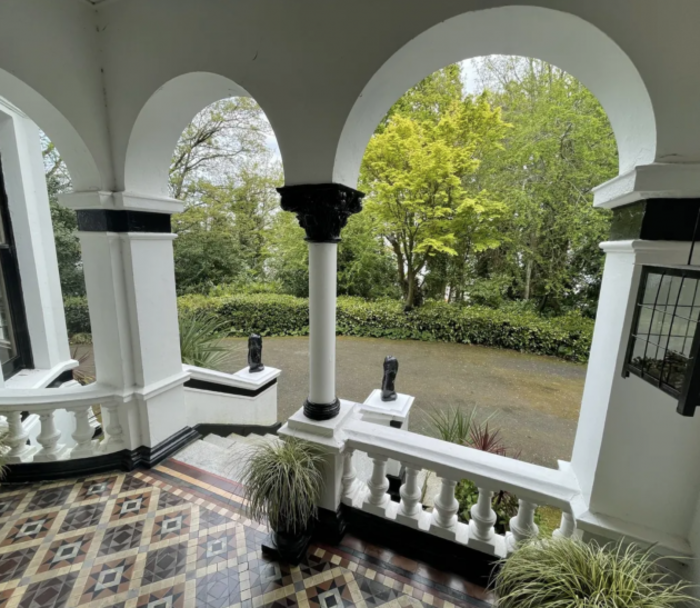 As you might expect, a number of the rooms at ground level are large and light-filled thanks to their double aspects. There is an impressive dining room with a sitting area that has full-length sash windows overlooking the front of the property.

Double doors from many of these lavish reception rooms lead to the surrounding garden that’s mature and private. 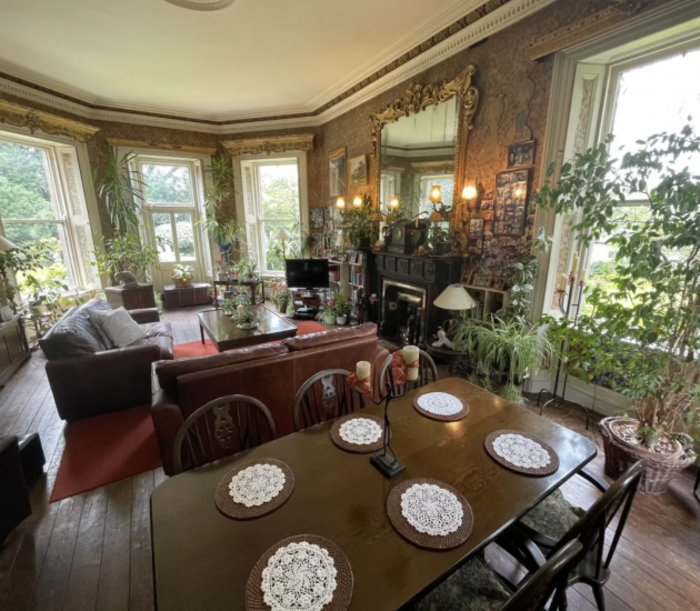 The living room also benefits from double aspect sash windows with a large bay overlooking the back garden. Period cornicing and a striking fireplace with an antique mirror and antique wall-mounted lights are just some of the features that bring this extravagant space together. 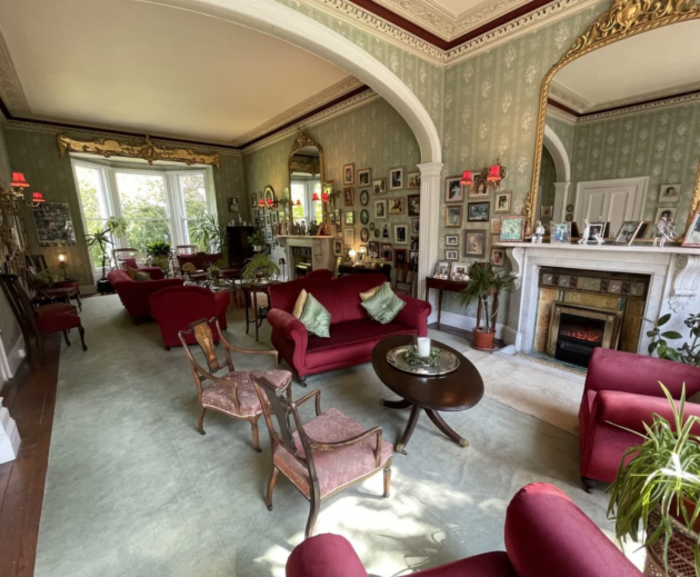 The kitchen, although it may look dated, has a certain charm and character. It leads to the back garden making it an ideal room to work from while the children or pets can amble outside with ease.

And although it might seem like it lacks storage, there is the added bonus of a separate pantry for a little bit of functional luxury 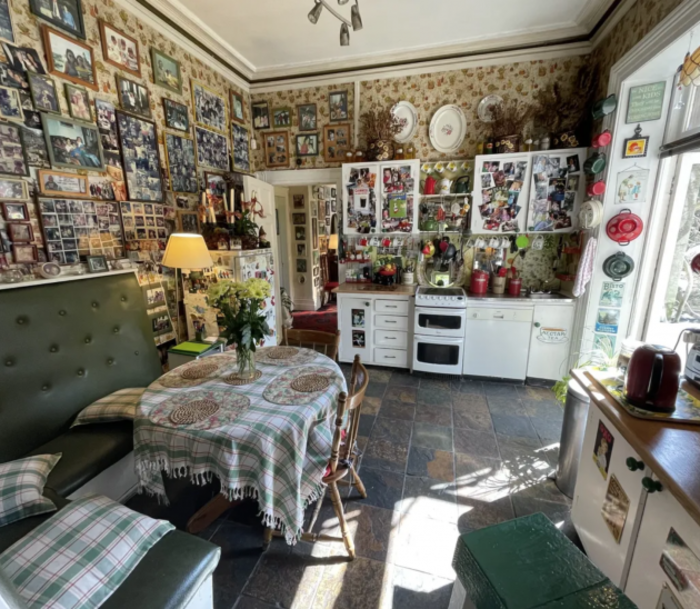 On the upper floor, there are six double bedrooms with tall ceilings and plenty of space. Each one has garden views. Three bathrooms are also on this floor. 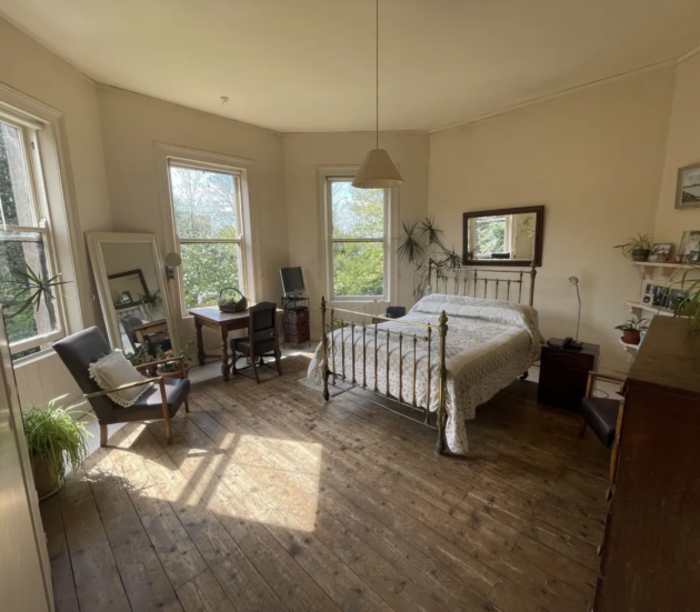 The basement level makes up the third level of this home and it’s been fixed up as a separate living space. Accessed from the hallway stairs, there are more ways to get to the garden as well as a large utility room with Belfast sink, two more bedrooms, two more bathrooms, a kitchenette, and another bright living room. 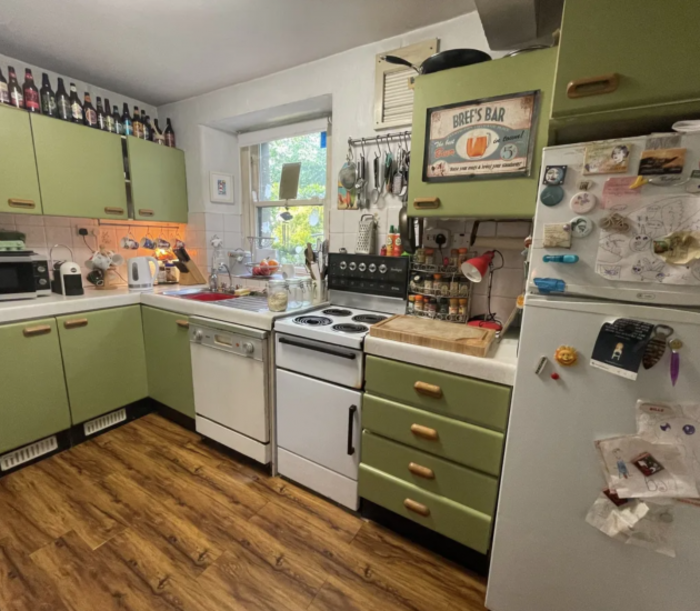 With many city homes, on-street parking is always a possibility for guests and even homeowners, but this is not the case here. Knockrea House has plenty of space for cars and still has a large garden to enjoy. 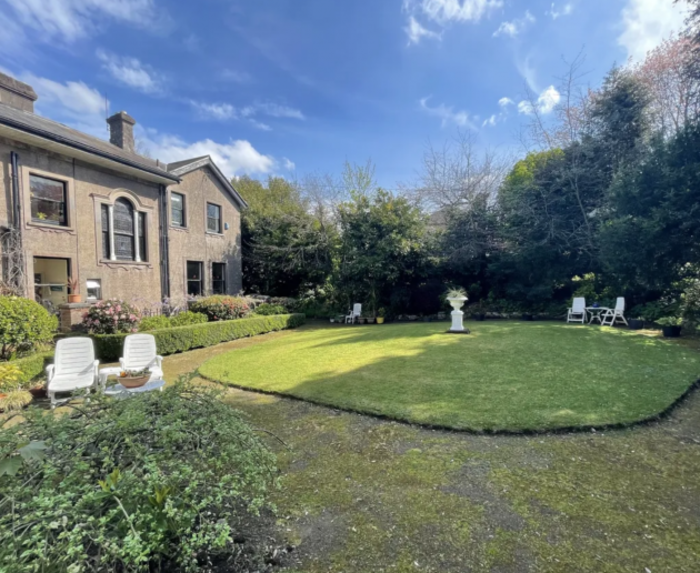 The next owners of Knockrea House certainly won’t have a run-of-the-mill redecorating project on their hands. From the granite steps of the entrance porch to the 13ft high ceilings in the hallway and onto the ornate cornicing, fireplaces and dotted antiques throughout, this is no ordinary home to take on.

With the city just a short stroll away, it has everything in easy reach, from shops and restaurants to galleries, sporting grounds and plenty of schools. Knockrea House is certainly an old gem that has managed to retain its tranquil setting while Cork bustles outside its gates.

Knockrea House, Blackrock Road, Blackrock, Co. Cork is on the market for €1,400,000 through Barry Auctioneers.