Michelle Hennessy 10/08/2021
The historical structure is the subject of an ongoing ownership dispute.

THERE HAVE BEEN calls for actions to be taken to prevent further deterioration at Dublin’s Iveagh Market and to restore the structure to its former glory following new images that reveal the scale of its disrepair.

The market was developed by Lord Iveagh, Edward Cecil Guinness in 1902 to accommodate Dublin’s many street traders. It has been derelict for more than 20 years and is the subject of an ongoing legal dispute.

A viewing organised by the Liberties Cultural Association allowed members of the public to view the Francis Street market from outside on Sunday and those who caught a glimpse said they were shocked at the condition it is in.

Images they shared show the market is significantly waterlogged and overgrown.

Speaking to The Journal, Graham Hickey, conservation director at the Dublin Civic Trust, said the structure is now “heavily decayed”.

“A major problem with the building is the amount of water ingress over the years, all of the outside brick has become saturated,” he said.

That type of Edwardian brick, Portmarnock brick it’s called, has a glazed face, a ceramic-type face and so many of those have exploded off the brick. There’s only so much repair mortar you can use on bricks of that kind, probably a lot of the brick will have to be replaced, which is a great shame.

“It’s very sad to see that level of deterioration, I saw one or two of the photos and it’s really quite shocking.”

He said it appears from images that some of the timber work has also decayed and may have to be replaced.

A 2019 report by Howley Hayes Architects, commissioned by Dublin City Council, advised that more than €13 million would be required just to carry out “essential structural repairs” on the building. 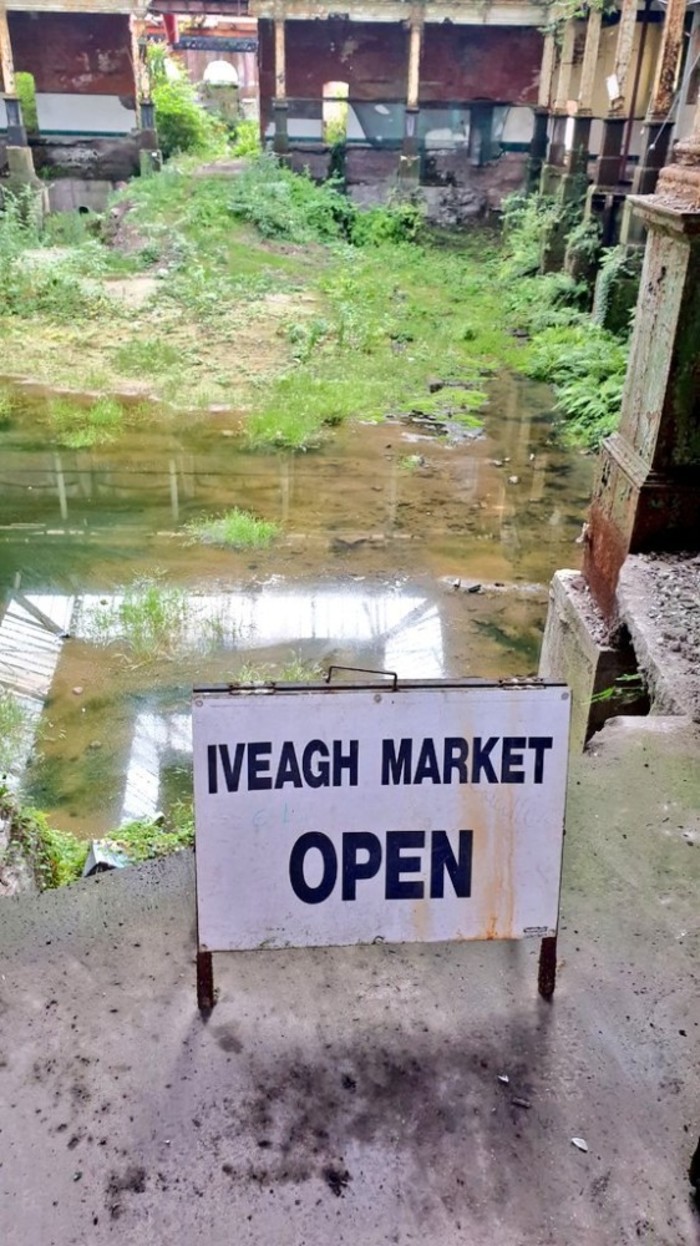 Speed is of the essence when it comes to protecting and restoring older buildings such as the Iveagh Market, he said.

“There’s no question that you do reach a tipping point, especially when you have water coming in from above,” he said.

Late last year the Guinness family took back possession of the historical market in the latest twist in an ongoing ownership saga.

Businessman Martin Keane was granted planning permission for a redevelopment in 2007 after agreeing a 500-year leasehold with DCC in 1997. The council later announced its intention to repossess the building as two separate planning permissions had lapsed and Keane failed to raise finance for development. 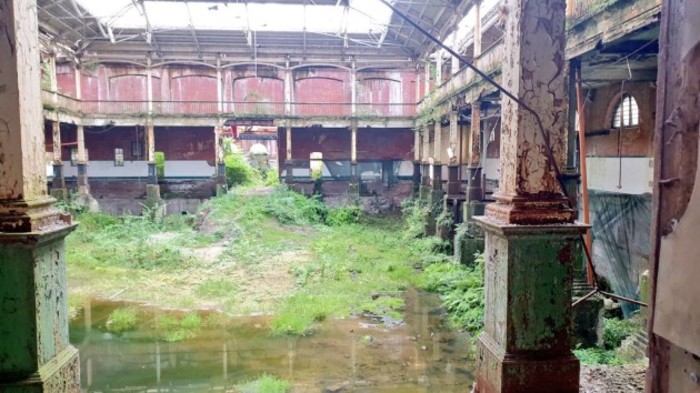 A third planning application by Keane was refused by the council on the basis that he was not the legal owner and he launched a High Court case.

The Guinness family got involved in December last year, invoking a clause in the original Deed of Conveyance from 1906 which stated that the market would revert to the Guinness family it it was not developed as a market.

A dispute over ownership is still ongoing,  but speaking to speaking to Newtalk’s Pat Kenny in February, Edward Guinness (the current Lord Iveagh) said there are plans to restore the market.

He had in December circulated a “call to arms” to local people about the need to bring the market back to life, which he said resulted in “overwhelming “support.

“We just need to keep gaining traction because we will get to a sustainable use for this magnificent structure,” he said.

Guinness said the structure was built to a very high standard with innovative techniques but “like every structure if isn’t looked after, nurtured and cared for, it will go back beyond repair”.

Kevin McGowan, chairperson of AM Guinness markets, which is to oversee the development of the Iveagh Market, told the programme that they are hoping to redesign the market, taking some inspiration from European markets.

“Listening to the people of the Liberties is also a key factor because their parents and their grandparents have been involved in the market for a long time since its opening,” he said.

“They are the lifeblood of the market before it was closed. Also the Liberties is an underdeveloped area, which we hope that through this development, we will bring industry, employment, and a lot of tourists, and revamp the area.”

He said the new market would have space for food and clothes stalls, coffee shops, art displays and pop-up shops. McGowan said the space could also be used for public meetings and concerts.

He said he could not give a timeline for this plan to be executed, telling the programme he would “have to talk to a fortune teller about that at the moment”.

- With reporting by Cónal Thomas.