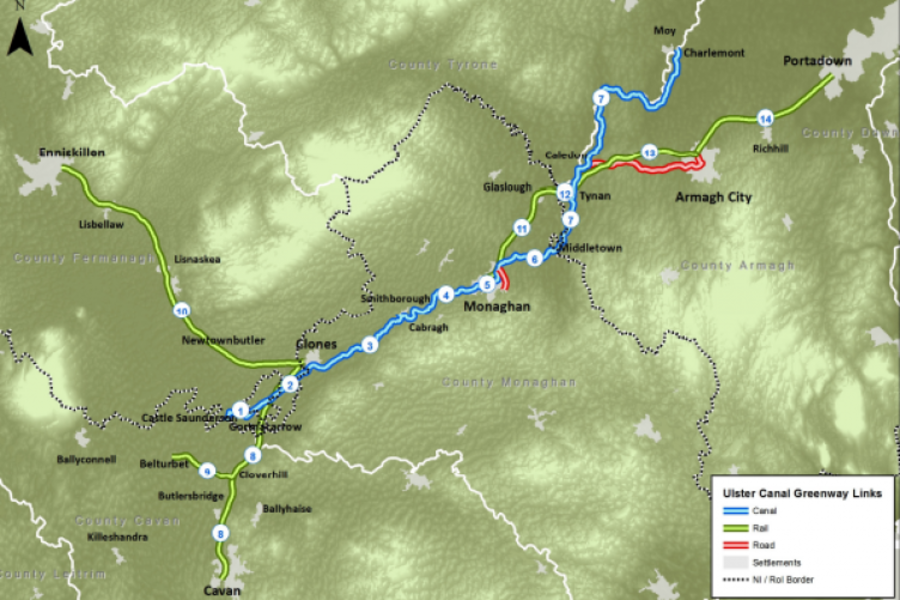 The total Irish government investment in the Ulster Canal greenway is now over €13 million.

THE IRISH GOVERNMENT has announced €5.5 million in funding for the Ulster Canal project, which will include a greenway, refurbishment, and a marina.

Taoiseach Micheál Martin and Minister for Rural and Community Development Heather Humphreys have announced the ‘Phase 2′ funding, which will see the restoration of the Ulster Canal between Clones and Clonfad in Co Monaghan.

Some €5.57 million has been approved under the Rural Regeneration Development fund, which is in addition to the €6 million from the Government’s Shared Island Fund announced in December.

The Department of Housing, Local Government and Heritage has also contributed to the cost of the project, which involves the construction of a new marina at Clones, alongside access bridges, an amenity area with parking and new towpaths and walking trails along the canal between Clones and Clonfad.

Phase two of the Ulster Canal restoration focuses on the restoration of the canal between Clones and Clonfad in Co Monaghan, including: a new 40-berth marina at Clones; two new access bridges; 1.5km of looped walking and cycling route along banks of canal; refurbishment of masonry arch bridge; and service block with toilets and showers.

The Shared Island Fund has provided an extra €1 million for Phase 3 of the project – Clonfad to Castle Saunderson near Belturbet, Co Cavan – to undertake the feasibility and pre-construction work, which has now begun.

Phase 3 of the Ulster Canal is a 10km stretch of the canal which will link Phases 1 and 2 together, linking Clones to the River Shannon via Lough Erne and the Shannon-Erne Waterway system. 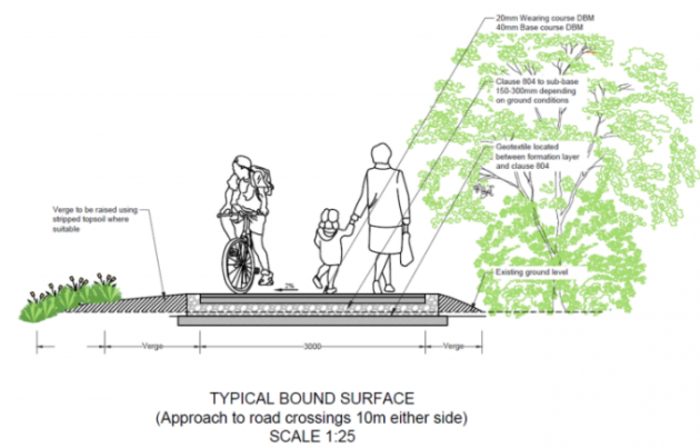 This brings the total Government investment to over €13 million.

“I am delighted to see the momentum building on Phase 2 of the Ulster Canal project. It has been a long-standing government priority, with an important North-South dimension, and today’s funding announcement will ensure that the pace of progress can be accelerated.

“This investment has the potential to vastly enhance the lives of people and communities along the border by creating a new amenity to be enjoyed by locals and visitors alike. It will also breathe new life back into the area, by stimulating economic activity and opening up new tourism opportunities in the region.

“This is an exciting and much anticipated project, and today’s announcement is the next step in the process to realise the full potential of the Ulster Canal waterway.”

Minister for Rural and Community Development, Heather Humphreys said today’s announcement will allow Waterways Ireland to proceed with Phase 2 of the Ulster Canal.

“The Ulster Canal is a unique, flagship cross border project which will bring huge economic benefits to the region,” the Cavan-Monaghan TD said.

But it will do so much more than that. The Ulster Canal, once re-opened, will represent a permanent symbol of peace and reconciliation on our island – demonstrating the benefits of bringing our communities together.

“This is another step forward for this hugely exciting all island project which will not only benefit the local community but will also enhance opportunities for our economy right across our island.

Over the last year we have really had our eyes opened to the potential on our doorsteps from our rich, natural and beautiful environment. I am delighted that this next phase in the Ulster Canal project is moving forward.