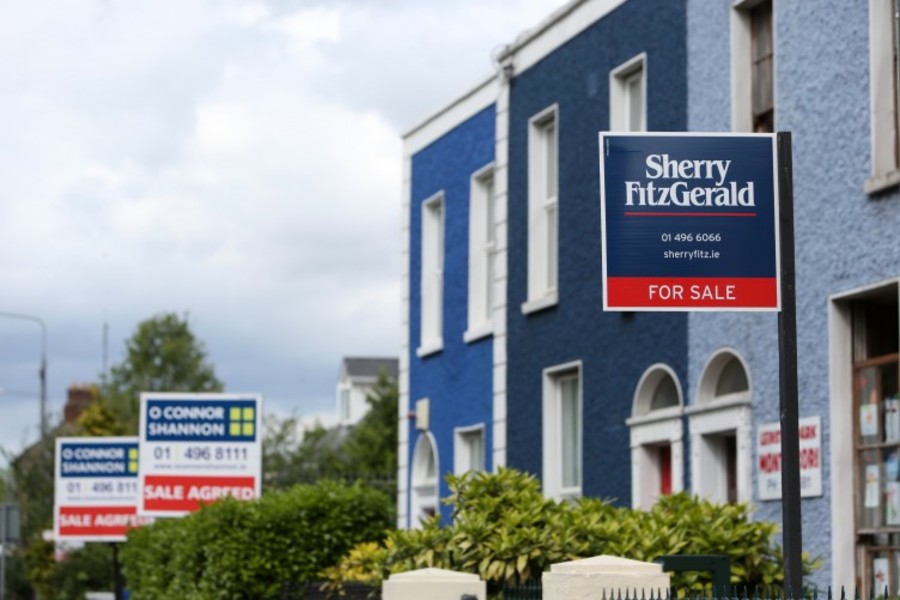 Source: Sam Boal/RollingNews.ie
The figures were revealed by the Central Statistics Office today.

RESIDENTIAL PROPERTY PRICES have fallen year-on-year for the second month in a row, according to figures from the Central Statistics Office (CSO).

New data from the statistics agency shows that the price of a home fell by 0.6% in the year to August, following a year-on-year decrease of 0.6% in July.

However, figures also showed that property prices increased month-on-month by 0.3% in August, following a 0.2% monthly increase in July and o.1% in June.

That followed average monthly decreases of 0.1% in both March and April as economic activity fell as a result of the Covid-19 pandemic.

The CSO figures show that across the country, house prices were up by 0.4% in the year to August while apartment prices were down by 0.7% year-on-year.

In Dublin, property prices saw a decline of 1.6% in the year to August, with house prices decreasing by 1.4% and apartment prices increasing by 0.1%.

The highest house price growth in Dublin was in Fingal, where prices rose by 1.7% year-on year. In contrast, Dublin city saw prices decline by 3.4% year-on-year.

The region outside of Dublin that saw the largest rise in house prices was the south-west at 5.2% year-on-year, while the Border saw the biggest decline with a 2.7% fall in the year to August.