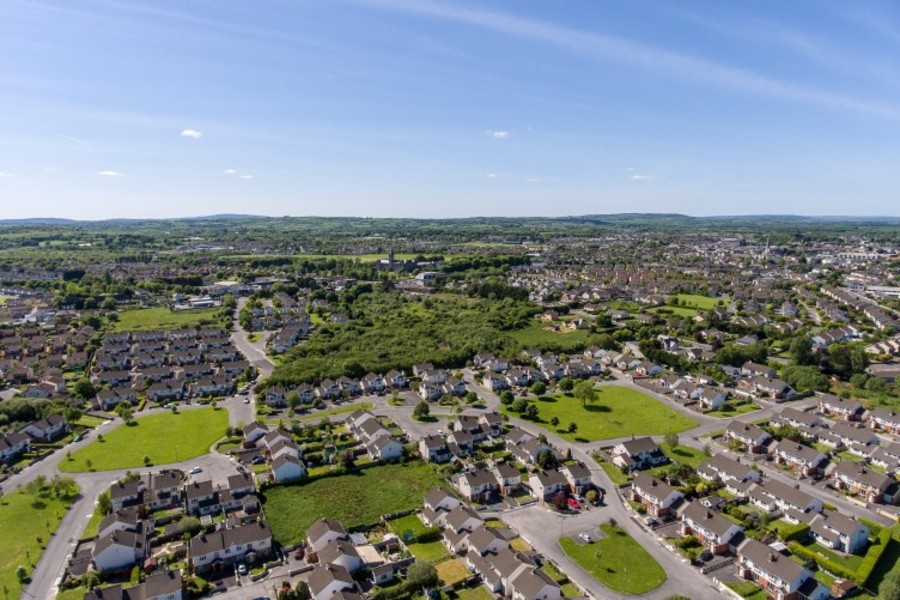 Source: Shutterstock
Generation Rent need a leg up onto the property ladder and the Government say they have the solution, but will it work?

THE AFFORDABLE HOUSING Bill is one of the Government’s flagship initiatives to solve the housing crisis for first time buyers.

One key element of the strategy is the Affordable Purchase Shared Equity Scheme. Details are scant at present but this is hoped to help people not alone get to the first step of the property ladder but to climb it.

It is not without its critics but the Minister for Housing Darragh O’Brien said that the plan will put affordability at the centre of the State’s response.

“Development of the scheme is informed by international practice for example in the UK where its scheme has increased supply by 14%. There is no obligation to repay the loan after a certain point until the house is sold but it will make financial sense for the owner to pay down the equity stake,” said.

O’Brien said that comparable schemes have not led to any significant increase in house prices. “According to the Independent National Audit Office, the scheme in the UK increased housing supply by 14% and inflation by 1%,” he has said.

What will the scheme mean for first-time buyers, and what are its critics saying? Here we look at some of the most pressing questions about this proposed scheme.

What is the Affordable Purchase Shared Equity Scheme and who will benefit?

Under the government’s proposals, which are still subject to Central Bank approval, if you’re a first-time buyer who can’t afford a new-build up including certain capped prices, then you can apply for the State to take up to 20% equity (in essence, a stake) in the home.

How does the scheme work exactly?

The State will come onboard and take a stake of an average of 20% in any new build home subject to regional price caps while a mortgage is taken out on the rest. The equity stake is free for the first five years followed by a cheap interest rate thereafter.

The Government is using a similar scheme in the UK as a guide. The majority of purchases in the UK scheme bought the equity stake out within 5 years.

House prices look like they are shooting up at an alarming rate – what are government doing to solve that problem?

Proposals under the government’s scheme will cap the cost of an ‘affordable home’ at €450,000 in Dublin City and Dún Laoghaire.

The price caps are based on local authority area, and there are seven bands.An affordable home in south Dublin, Fingal, Cork and Galway cities, as well as Wicklow will be capped at €400k. There will be €350k cap in Cork County, Limerick, Kildare and Meath, a €300k in Clare, WestMeath and Wexford, and a €275k in Carlow, Louth and Offaly.

In Kerry, Kilkenny, Laois, Waterford and Roscommon there will be a €250k cap, and a €225k in Cavan, Donegal, Leitrim, Longford, Mayo, Monaghan, Sligo and Tipperary.

How much is all this going to cost the taxpayer?

In total for the Affordable House Bill there is €620m funding put aside in the budget for 2021. Funding of €75m has been allotted to the shared equity portion of the plan for 2021, with potential additional funding to reach the aim of initially supporting 2,000 homes in 2021.

What are the potential banana skins for the scheme?

The Central Bank needs to approve it. There is also a risk of inflation adversely affecting it, but the Government claims to have mitigated that with safeguards including price caps and requiring eligible borrowers to take out the least amount of equity available.

Besides taking out a stake in the property, what else does the shared equity scheme hope to achieve?

The Government, and particularly the Department of Housing, believe that it will boost supply by activating existing unused planning permissions. They have said that in Dublin alone, this could make 40,000 homes available.

It will close the gap for the so-called Generation Rent who can afford to pay for their rental properties but not raise the amount for a large deposit.

There are also hopes it will support jobs and economic recovery by securing a resilient construction sector.

That all sounds great, but what are the opposition saying about the scheme?

Well for starters the Labour Party isn’t happy about it at all. Its housing spokesperson Senator Rebecca Moynihan said the Government is too focused on looking after investors.

“Yet again the lobbyists have captured Government. Government has chosen to abandon cost rental, opting instead for a profit model and a shared equity scheme that expert commentators, such as the ESRI and Central Bank, have said is a demand side measure.

“This will increase house prices rather than represent a step change in our approach to housing, making it genuinely affordable for ordinary people,” she said.

“These inflated price caps will mean that so-called affordable homes will be out of reach for most people. The decision to introduce the ‘shared equity’ scheme, and the inclusion of these expensive homes, is more about providing subsidies for developers than homes that are genuinely affordable.

“(The) decision will cause developers delight, but it will be a source of stress and worry for first-time buyers and young families up and down the country. We have to start putting the interests of families ahead of the interests of developers and international funds,” he said.

“Sinn Féin tabled a number of developments to ensure that government investment in affordable homes to rent and buy would be delivered at prices working people can genuinely afford.

“We proposed to scrap the pro-developer shared equity loan scheme, and to divert the allocated €75million to local authority and approved housing body affordable rental and purchase homes.

“It is clear there has been no change in housing policy from the last government and the big losers will be first time buyers, single people and people who suffered relationship breakdown and lost their family home.

“The only way to tackle the affordable housing crisis is to fund local authorities, approved housing bodies and community housing trusts to deliver affordable homes to rent and buy at scale,” he said.