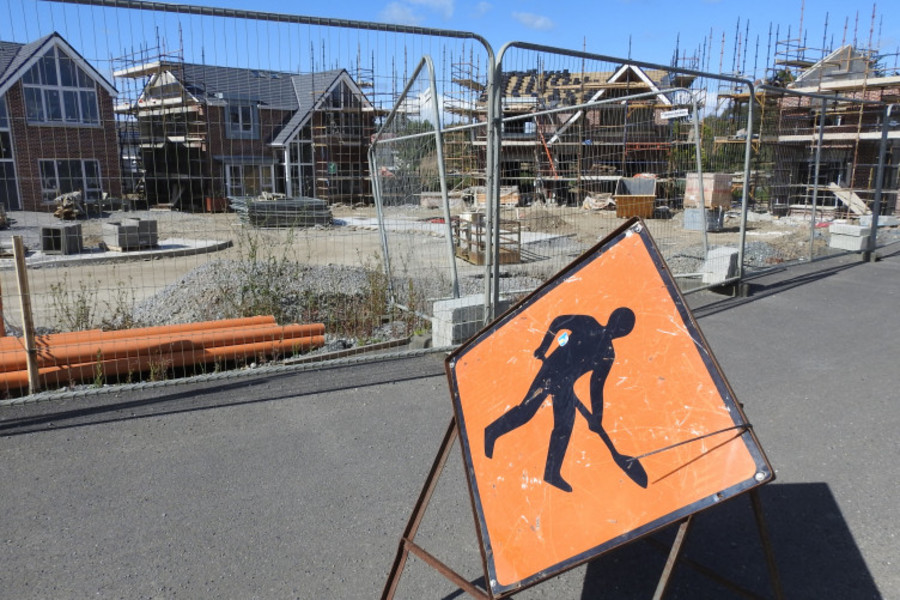 The 'Housing For All' plan will now not be ready for another few weeks.
Source: Shutterstock
The new housing plan was expected to go to Cabinet next week.

THE GOVERNMENT’S ‘HOUSING For All’ plan will now not be published until the end of next month, at least.

Housing Minister Darragh O’Brien had previously said he would launch the new plan in July.

It had been earmarked to go before Cabinet next Wednesday.

The last Cabinet meeting was due to be held next week, however, Tánaiste Leo Varadkar said today that ministers will meet throughout August, and will not take the usual summer break.

The much talked about new housing plan will replace the government’s ‘Rebuilding Ireland’ scheme which former housing ministers Simon Coveney and Eoghan Murphy stood over.

A spokesperson or the housing minister said:

“Work is continuing on the Housing for All plan. It’s a multi-annual plan, to 2030, and a fully funded plan. Each Department is feeding into it and this work will continue throughout August.”

While the details of the plan won’t be released next week, details around the financial side of the plan, and how much it will cost, will go before Cabinet next week.

The National Development Plan will outline the capital investment the government plans to undertake in housing.

Senior sources said the plan is not yet ready, with a number of placeholders still in the draft plan that need to worked out, and could take “another few weeks”.

While a date for the launch is still to be confirmed, sources state it is likely to be the end of August or early September.

Taoiseach Micheál Martin has said the Housing For All strategy will outline “a step change in terms of the construction of housing, social, affordable, right across the board”.

In a tweet this afternoon, the housing minister said he is “very close” to publishing the plan, stating that it will be a “template for the country moving forward”.

O’Brien said it is “crucially important” and “nearing conclusion”.

There is “a lot of work to do over the next few weeks” but the minister said progress in key areas, in homelessness, rents and affordability is porgressing.

“It is incredible that after more than a year in office the Minister for Housing has not yet completed or published his housing plan. We have had a year of promises and half baked legislation but no indication of the new social and affordable housing targets for each year from 2022.

“For all their faults at least Fine Gael had a housing plan published within 100 days of taking office. At this stage it appears that the plan is being held up by further wrangling between the coalition partners on the budget allocation.