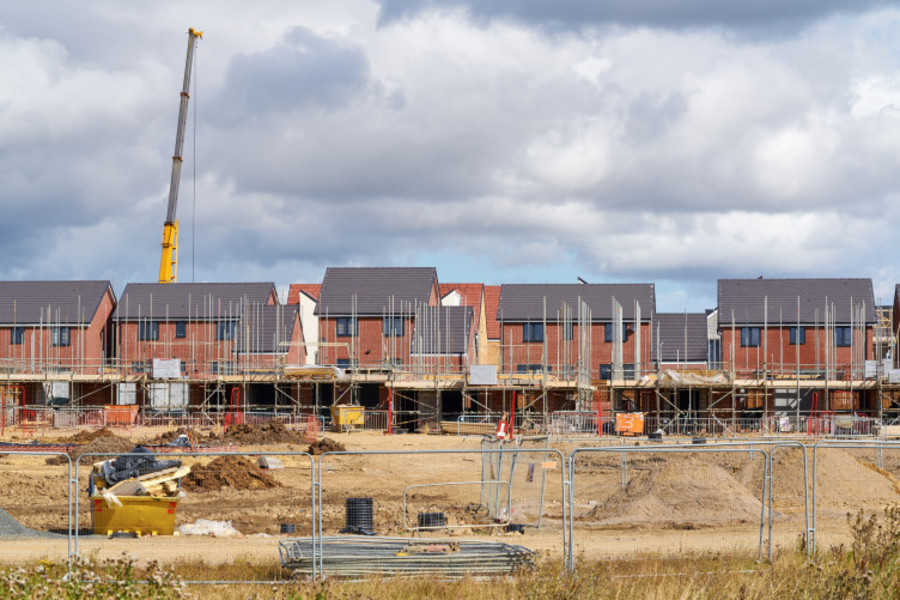 Source: Shutterstock
Work on 12,700 housing units commenced in the second quarter, the highest number since 2007.

HOUSE BUILDING ACTIVITY recovered strongly from the impact of the pandemic after sites were reopened in May, according to the Banking and Payments Federation of Ireland (BPFI).

The report comes as the Government readies its ‘Housing for All’ strategy for launch following a Cabinet meeting later today.

Minister for Housing Darragh O’Brien will unveil the new suite of policies against a national backdrop of rising prices and low levels of supply, exacerbated by pandemic-related public health restrictions over the past year.

Residential property prices increased by 6.4% nationally in the year to June 2021.

But according to the BPFI report, 5,021 housing units were completed in the second quarter of 2021, a sharp improvement upon last year.

Work on a total of 12,700 housing units commenced in the three months to the end of June, the most in a single quarter since 2007.

Construction activity is also noticeably moving away from the capital and into its environs, the BPFI said.

Judging by sales of new properties, 36% of market transactions in the Dublin Commuter belt during the first half of 2021 were for new properties, compared with around 25% in 2011.

Just 23% of transactions in Dublin and 19% in Cork were for new properties, according to the report.

Commenting on the findings, BPFI chief executive Brian Hayes said Dublin’s share of total national completions has fallen in recent years from a record 39% in 2017 to 28% in the first half of 2021.

“Breaking down the types of completions, it’s interesting to note, however, that Dublin continues to have the most apartment completions accounting for about 68% of all completions at the national level,” the former Fine Gael TD said.

Overall, Hayes said, ”Notwithstanding the negative effects of the pandemic, we see that activity levels are increasing significantly.

“The recovery of the residential construction sector continued with the removal of pandemic-related restrictions on activity in the sector from May 2021.