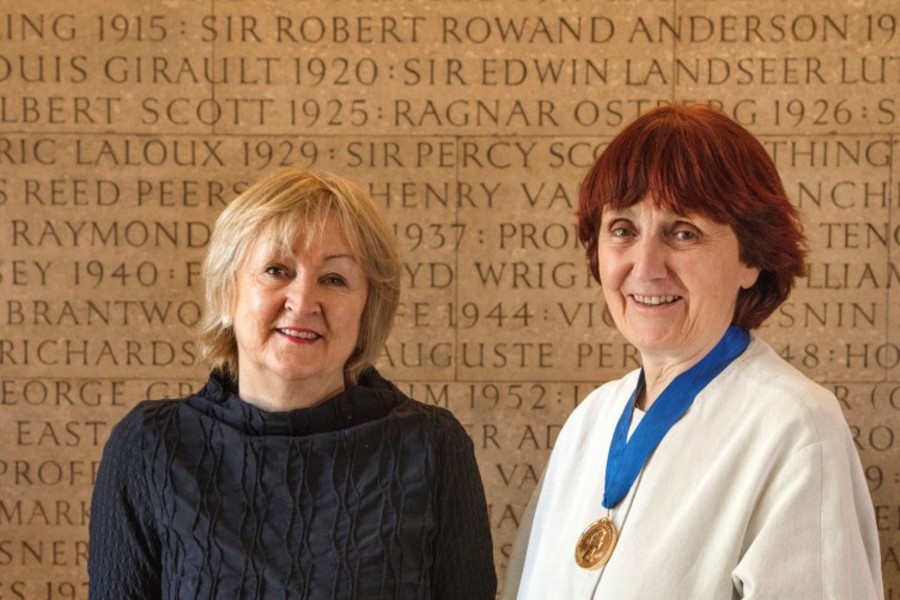 THE UK’S HIGHEST honour for architecture has been awarded to two Irish architects.

Yvonne Farrell and Shelley McNamara were presented with the Royal Gold Medal for architecture at a ceremony at the Royal Institute of British Architects.

Grafton Architects have also been charged with designing the new Dublin City Library at Parnell Square.

From designing houses in wind-swept rural landscapes to substantial inner-city university projects, from curating and contributing to world class exhibitions to teaching within some of the world’s leading schools of architecture, the scale and scope of Grafton Architects’ influence is extraordinary.

“Their extensive talent and generosity of spirit are an inspiration, not only to me and my fellow architects but to all those who have had the pleasure of engaging directly with them and their work,” he said.

He added that the pair demonstrate how architecture “can make the world a better place”.

The Royal Gold Medal, which is approved by the Queen, is given in recognition of a lifetime’s work.

Grafton Architects, which was set up in 1978, was previously awarded Riba’s International Prize for its work on a building at the Universidad de Ingenieria y Tecnologia in Lima, Peru.

They also won the Royal Institute of Architects of Ireland’s 2008 prize for world building of the year for their work at the Universita Luigi Bocconi in Milan.