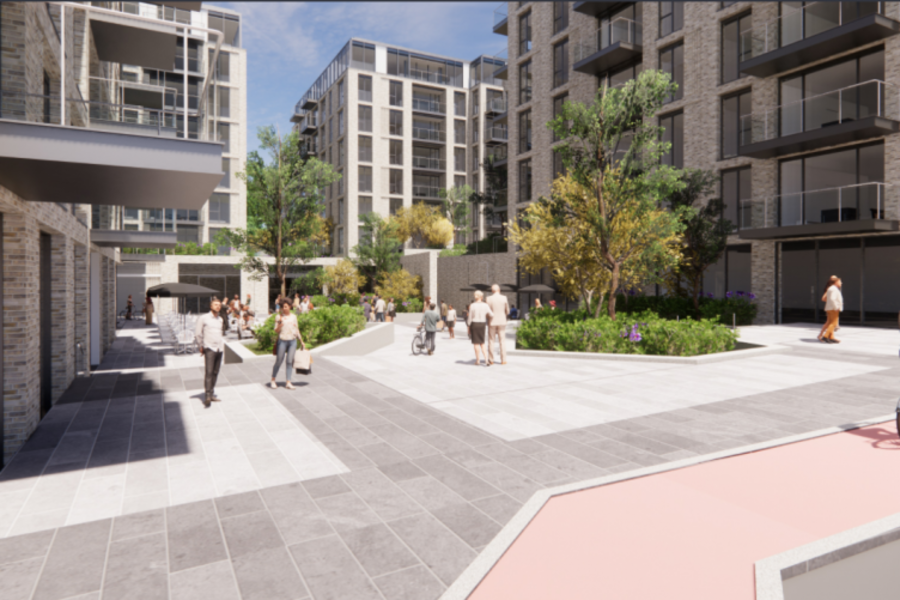 Source: TheGoatSHD
Publican Charlie Chawke said the development would be a “new beginning for Goatstown”.

A PLANNING APPLICATION has been lodged with An Bord Pleanála by well-known publican Charlie Chawke for 299 apartments and a 22-bed hotel near his Goat pub in south Dublin.

The application was lodged by Chawke’s company Charjon Investments Ltd, with the cost projection for the proposed strategic housing development estimated at €186 million.

Chawke told TheJournal.ie that the development would be a “new beginning for Goatstown”.

The development will consist of the demolition of a commercial block, The Goat Centre, the removal of a number of extensions previously added to The Goat Bar and Grill, and the removal of temporary structures on the lands adjacent to the Goat pub – including agricultural sheds, pizza and coffee kiosks, and outdoor seating areas.

The planning report submitted on behalf of Charjon Investments Ltd includes plans for the construction of four buildings comprising 299 apartments, ranging from four to eight storeys.

The proposed development would also include a 22-bed hotel, six retail units, a childcare facility, and an extension to the Goat Pub.

The creche will be a stand-alone from the residential and commercial spaces of the proposed project, featuring a separate entrance and enclosed rear garden with a playground.

Plans also include a proposed public space which would provide a “welcoming entrance” for residents and visitors into the site and new function rooms of The Goat Pub. 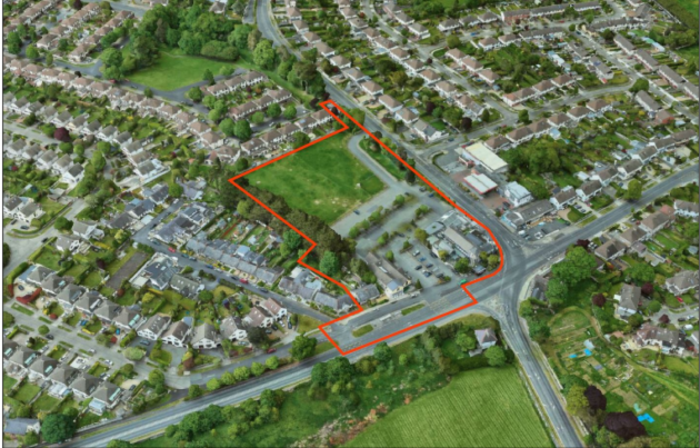 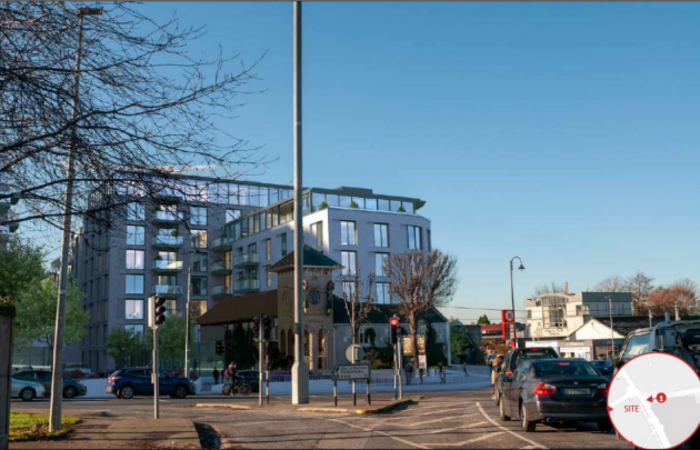 “The development will contribute to the area by providing a variety of apartment types. As a result of the high-quality design, including generous separation distances, the scheme will not result in adverse overlooking or overbearing impacts on the existing residential premises in the surrounding area,” the planning application notes.

“Furthermore, the high-quality landscape proposal will ensure that the scheme integrates positively into the area and contributes to the wider area.”

An arboricultural impact and tree protection strategy report recommend that professional advice from a licenced surveyor be sought prior to any works commencing on trees as they may contain bats – which are afforded legal protection under Irish and EU legislation.

The case is due to be decided upon by 17 June.