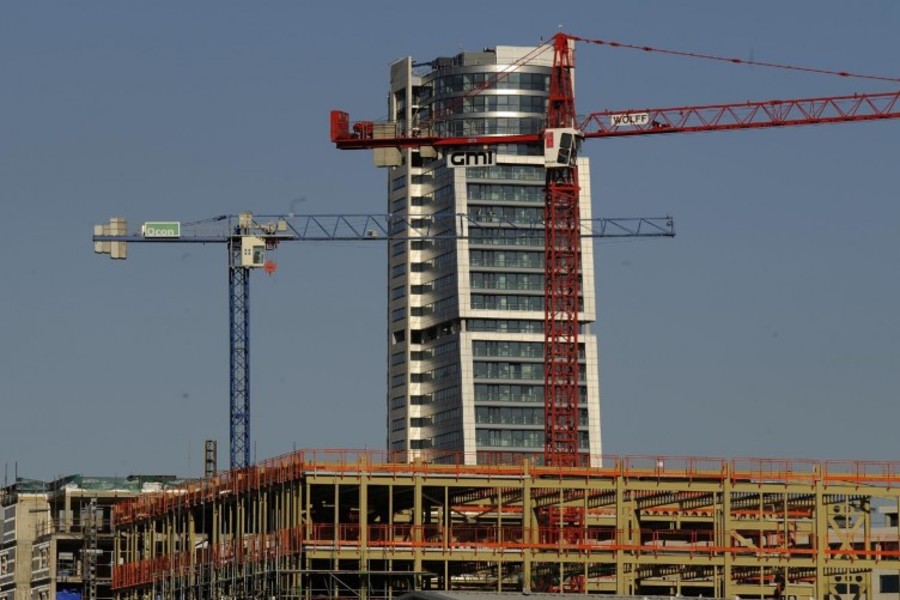 Source: John Giles
The report was published by the Society of Chartered Surveyors Ireland.

THE TOTAL DEVELOPMENT costs of building medium-rise apartments in Dublin have fallen by between 2% and 9% over the past three years, a report has found.

It found that the viability of the type of apartment has improved significantly over the same period.

However, the report also found that affordability remains a critical issue and that a first-time buying couple would require a deposit of €38,000, and a joint income of €98,000 to purchase the lowest price apartment type.

The Real Costs of New Apartment Delivery 2020 was published by the Society of Chartered Surveyors Ireland (SCSI).

It found that the all-in cost of delivering medium-rise two-bedroom apartments in the Greater Dublin Area ranged from €411,000 for a low-spec unit in the suburbs, to €619,000 for a high-spec one in the city.

All these figures are cost prices and sales prices would need to exceed these for developments to be viable.

The latest report is based on data covering almost 10,000 apartments in four different categories in 49 schemes.

Last July, the SCSI’s “Real Cost of New Housing Delivery” found the cost of delivering a three-bed semi in the Dublin area was €371,000.

The latest report also found that the cost of building a medium-rise apartment – known as hard costs – made up 47%, or less than half of the overall costs. This is up from 43% in 2017.

Soft costs such as VAT, levies, margins and fees make up 42% of the total costs of a medium-rise apartment, while site costs accounted for 11% of the total, a fall of 5% on 2017.

Paul Mitchell, chair of the SCSI working group that authored the report, said the reduction in costs and improved viability were positive signs.

“We can really see the impact of the Department of Housing Guidelines from 2018 on apartments coming through in these figures, especially the reduction in car parking requirements,” he said.

“Those reductions, together with different site costs, bigger schemes and more efficient design have all helped to offset tender price inflation and regulatory cost increases.

“The guidelines have also had a positive impact on supply – reflected in a substantial increase in the number of planning applications and approvals for apartments – and helped overall viability.

“When we published our first apartment report in 2017 only the low-rise, low-spec unit in the suburbs was viable, now we have two apartment types viable, with another two very close – including medium-rise in the suburbs.”