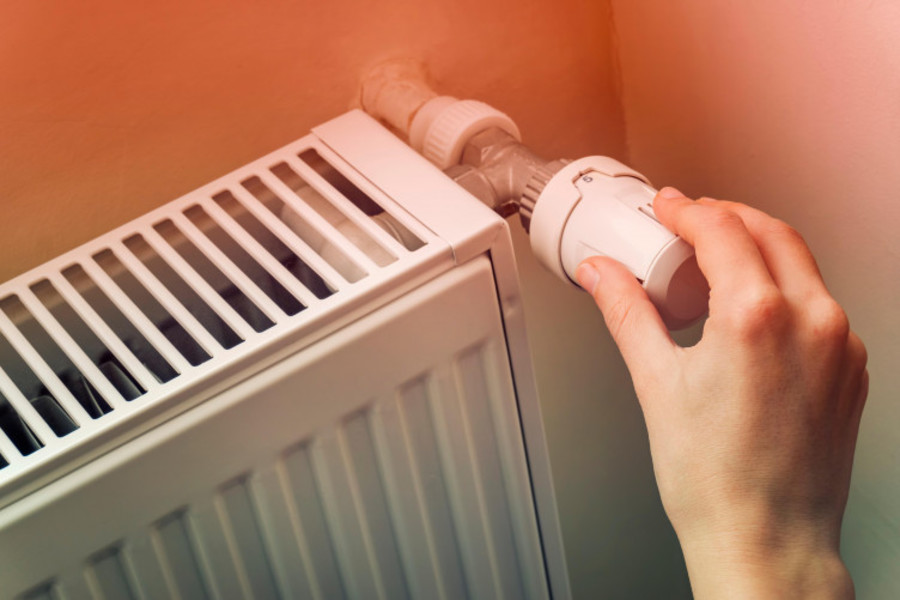 Source: Alamy Stock Photo
The Dáil is finishing up for Christmas this week.

CABINET HAS APPROVED plans for one-off electricity credit of €100 per household to be paid to customers next year.

The scheme worth €210 million will credit all domestic electricity customers with €100 in 2022.

The €100 credit will be channeled thru ESB networks to energy suppliers, who will then pass on the discount to customers.

The Commission for the Regulation of Utilities (CRU) will be charged with oversight of the scheme.

Prepay customers who use a meter will also be included in the scheme.

The exact mechanism as to how the payment will be applied is currently being finalised and will be announced in the new year.

The government states that it will be automatic and will apply to all customers, so customers will not have to apply for the payment.

Minister for the Environment, Climate and Communications, Eamon Ryan said the government is very conscious that international energy prices are having a significant effect on utility bills.

Electricity prices had increased by almost 5% in the month, up nearly 21% over the 12 months, according to the latest figures from the Central Statistics Office.

Ryan said the credit will apply to electricity bills in the spring of 2022.

“In the long term, the way to reduce our dependence on internationally traded fossil fuels is to expand our own indigenous supply of renewable power. We are working towards having up to 80% of our electricity from renewables by 2030,” he said.

New legislation will be needed to bring in the electricity credit, with the Taoiseach telling the Dail this afternoon that the law will be passed very soon upon the return of politicians to Leinster House after Christmas.

Sinn Fein Mary Lou McDonald today called on the Dail to sit next week in order to pass the legislation. She said the new measure is welcome, but there needs to be a sense of urgency, stating that people need to see the discount in their bills soon, stating they can’t wait till Spring.

However, the Taoiseach said the passing of the legislation cannot be done before Christmas.

Ministers were also briefed today on the accelerated booster plan which is due to be published this week.

The Journal reported last week that government wants to be able to offer those over 40, and those over 30 a booster shot this month, in a bid to get 1.5 million people the third Covid-19 jab by Christmas. A plan is also in place to roll out the vaccine to children.

During Leaders’ Questions today, the Taoiseach said the government hopes to be in  position shortly to bring the date forward for 40-49 year olds to get the booster.

He said he is concerned about the rapid spread of the new variant but added that all evidence points to the fact that the booster jab does give protection against serious illness.

Over the last few days, the government has been in discussions with HSE about accelerating the booster campaign, he said.

Extended opening hours at walk-in vaccine centres will be rolled out, he confirmed, stating that GPs and pharmacists will also play a greater role.

The Taoiseach said he is also concerned for those who got the J&J vaccine given reports about the the waning affect.

The Chief Medical Officer Dr Tony Holohan and NIAC have been asked for their input on the matter, with the Taoiseach stating that the matter is being kept under constant review.

Higher Education Minister Simon Harris told Newstalk yesterday evening that the booster campaign will be ramped up, stating that it is probably inevitable that Ireland will experience an Omicron spike in the new year.

However, he said the evidence is that the vaccine and the booster is very effective against the new variant in terms of serious illness and hospitalisations, albeit that the case numbers might rise, he said.

The minister said “we have to try and find a way of living with this [virus] in 2022″ and that a longer term strategy on how to live alongside Covid-19 is needed.

“They are coming at it from a different starting point,” he said of the UK.

Restrictions in and of themselves are not a silver bullet, he added.

Harris said an accelerated booster campaign, ventilation in schools and antigen testing must play an important role in the management of the virus next year.

He said sadly this virus is going to be with us “in some guise” over the next year, “and  people have to live and be enabled and empowered to live”.

Harris will bring his own memo to Government tomorrow on additional supports for businesses who take on apprentices. This will include a new annual financial incentive for employers to hire apprentices, which will be paid from January 2022. The amount will be outlined later in the week.

The minister also updated Cabinet on the 2021 apprenticeship figures to date, which show 7,484 registrations – an increase of 29% on figures for the same period in 2019.

There were 4,433 craft and 740 other apprentice registrations at this point in 2019. These are now 5,934 and 1,550 respectively. The broader range of apprenticeship offerings and a growth in registrations has created an ‘apprentice population’ of 23,459 by the end of November 2021.

Harris also updated ministers on the roll out of new apprenticeship programmes including a new healthcare assistant programme, farm manager, roofing and cladding and HGV apprenticeships.

Today’s Cabinet meeting was not be the last one before Christmas, with another meeting set for next week.

However, the Dáil will finish up its business this week for Christmas, with politicians not  returning to Leinster House until mid-January.