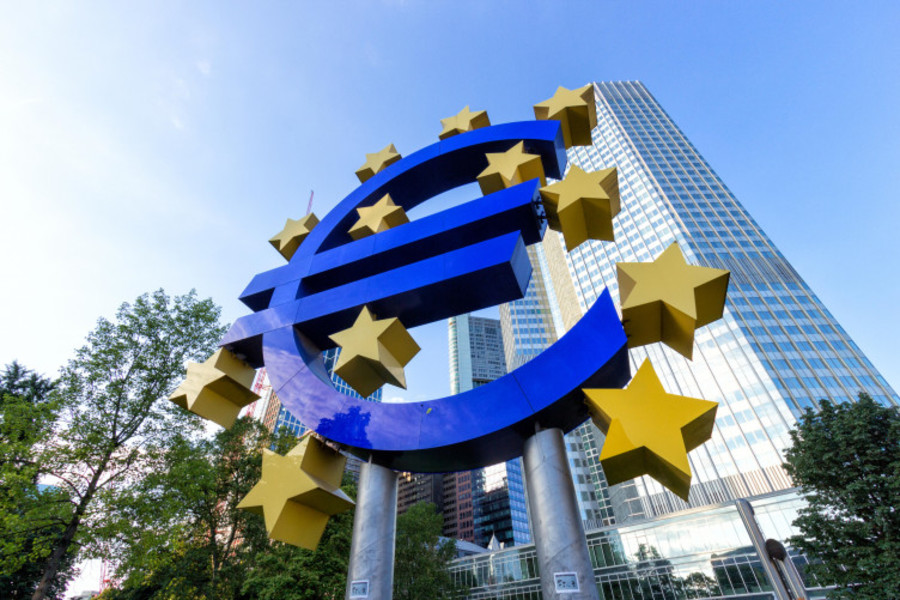 Source: Alamy Stock Photo
The bank is trying to respond to soaring inflation but those on tracker and variable rates will likely face an increase.

TRACKER MORTGAGE RATES for Irish banking customers are set to rise following the European Central Bank’s (ECB) decision to raise it’s interest rate by 0.5%, the first hike in over a decade.

In the face of soaring inflation, the central bank’s policymakers are committed to raising interest rates by at least a quarter point from their current historic lows.

The ECB is facing pressure to tackle rising inflation but the interest rate increase is also likely to lead to increased repayments for those with variable or tracker mortgages.

So far, Bank of Ireland and Permanent TSB have announced an increase to tracker mortgage interest rates, but neither bank has sought to increase variable mortgage rates.

For Bank of Ireland customers, these increases will take place on 10 August, with the bank set to write to all tracker mortgage customers to confirm the changed rates.

The bank says that no other services are being impacted by the ECB’s change.

Permanent TSB also confirmed that the interest rate changes will not impact on personal fixed or variable rate mortgage customers.

“We are pleased to provide reassurance to our personal fixed and variable rate mortgage customers that we have no plans to pass on today’s ECB rate increase,” said Permanent TSB CEO Eamonn Crowley.

“We will keep our position under review in light of any further market changes.”

“This increase of 0.5 per cent is not good news for tracker mortgage holders who will have one month before seeing an increase of €23 per month for every €100,000 owed over a 25 year term.

Consumer prices rose at an 8.6% annual pace in June, a record for the eurozone and well above the ECB’s two-percent target.

The broken supply chains and the rising cost of energy following Russia’s invasion of Ukraine that have driven the price surge are also weighing on economic activity in Europe.

The continent’s dependence on Russian energy imports has eurozone members bracing for a difficult winter and planning to ration supplies if Moscow halts gas deliveries.

The European Commission on Wednesday put forward a plan to cut gas use by 15% to mitigate the worst potential impacts on the economy.

But with inflation showing no signs of slowing, the ECB lagging behind its peers in Britain and the United States, and the euro looking weak against the dollar, the pressure is on the ECB to think about bigger hikes.

Central banks would normally hesitate before raising rates with the economy in such a delicate position “but inflationary pressures have increased to a point where the ECB has to act whatever it breaks”, said Frederik Ducrozet, head of macroeconomic research at Pictet Wealth Management.

Finding a way to balance growth and inflation risks looked like “an impossible equation to solve” for the ECB, he said.

The central bank’s deposit rate has been negative for the past eight years, with the key rate currently at minus 0.5%.

The punitive interest rate, which effectively charges banks to park their money with the ECB overnight, was designed to encourage more lending, more economic activity and higher inflation rates.

ECB President Christine Lagarde has said the aim is to lift interest rates out of negative territory by the end of September as part of a “gradual but sustained” series of hikes.

The increase in the ECB’s base interest rate will likely have a knock-on effect for some mortgage holders online broker Joey Sheahan of MyMortgages.ie saying that eyes will now be on the lenders to see how they react to the ECB’s announcement.

“Today’s announcement will hit the pockets of the approximately 300,000 Irish mortgage holders on tracker rates and probably the about 200,000 on variable rates,” he said.

Meanwhile, the US Federal Reserve and the Bank of England have already raced ahead of the ECB, beginning their hiking cycles sooner and cranking rates up more aggressively.

It would be difficult to explain why the ECB would “spend the summer with negative interest rates while inflation in the eurozone is climbing further”, said Franck Dixmier, head of fixed income at Allianz Global Investors.

The last time the ECB raised rates in 2011, the emergence of a European debt crisis quickly forced the central bank to reverse course.

The ECB president that finally quelled the tensions on the bond market was Mario Draghi, who tendered his resignation as prime minister of Italy this morning over his country’s struggling economy.

The ECB’s announcement in early June that it would finally raise interest rates led borrowing costs for more highly indebted eurozone members like Italy to rise faster than others.

Limiting the divergence between the 19 different members is “critical” to make sure monetary policy moves were felt evenly across the eurozone, ECB vice-president Luis de Guindos said in early July.

To this end, the ECB has said it will “flexibly” reinvest maturing bonds from its portfolio to hoover up debt from more at-risk countries and ease the pressure.

The bank has also set about designing a new crisis tool to preserve the “transmission” of its monetary policy moves with targeted bond buys.

ECB policymakers could unveil more details about the “anti-fragmentation” tool today but the idea has been met with scepticism by some governing council members, who would see it used only under strict conditions.

At the same time, a political crisis in Italy is a “textbook case of a situation where the ECB should not intervene”, said Ducrozet from Pictet.

© AFP 2022 with reporting by Rónán Duffy and Tadgh McNally