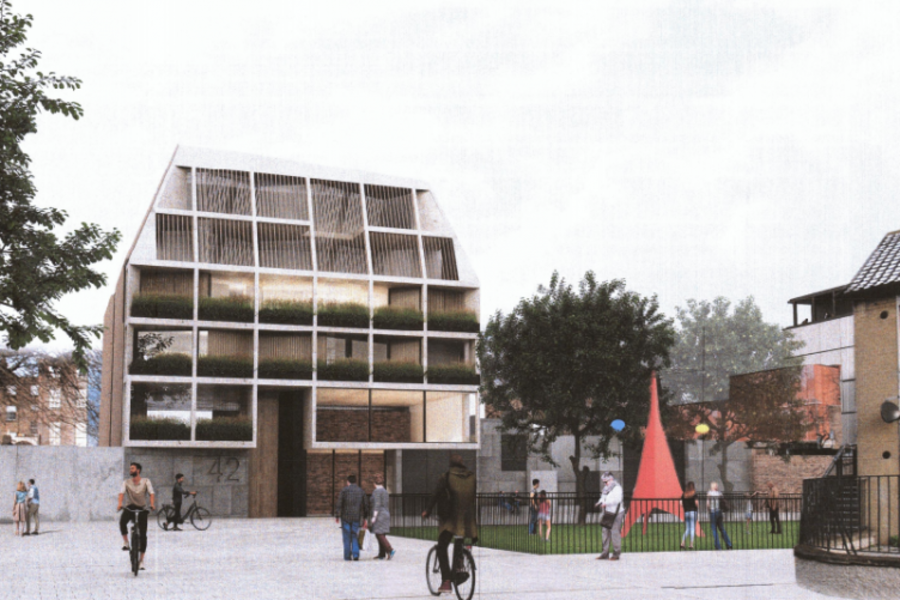 DUBLIN CITY COUNCIL has expressed “serious reservations” over the residential mix of a planned build to rent scheme for Merrion Square.

The mixed use commercial proposal by LeFavre Merrion Holdings Ltd also includes a cafe/lounge, yoga studio and gym for a site to the rear of 39 to 43 Merrion Square.

The application doesn’t include planned improvements to the main structures of 39 to 43 Merrion Square that will be subject to a separate Section 5 application.

The scheme before the Council has been championed by one of Ireland’s best known designers and Merrion Square resident, Louise Kennedy.

Kennedy operates her flagship retail store at Merrion Square and in a submission to the City Council, the designer has stated that for almost 25 years, she has lived and worked close by in Merrion Square and “is very passionate about the area”.

She told the Council that “the proposed development would bring a new vitality and interest to Merrion Square and Stephen’s Place which would be a very positive development”.

Planning consultant for the applicants, Kevin Hughes told the Council that the applicant’s intention is to operate the buildings “as a best in class workplace destination”.

Hughes stated that the vision for 39 to 43 Merrion Square “is to provide a unique place to work, live, connect and inspire while embracing the special heritage and history of the five unique Georgian houses”.

Hughes stated that the scheme would promote the prolonged use of the existing protected structures on site.

However, the council has now told the developers that there are “serious reservations” over the mix of units for the build to rent scheme.

The Council has stated that the disappointingly high quantum of studio and one bedroom units is not considered appropriate for the area and could constitute an imbalanced form of development.

The Council has also concluded that the scale of the six storey over basement proposal “would create an undesirable precedent for similar type development”.

As a result, the Council has asked the developers to reduce the scale and massing of the building to a maximum of five storeys.