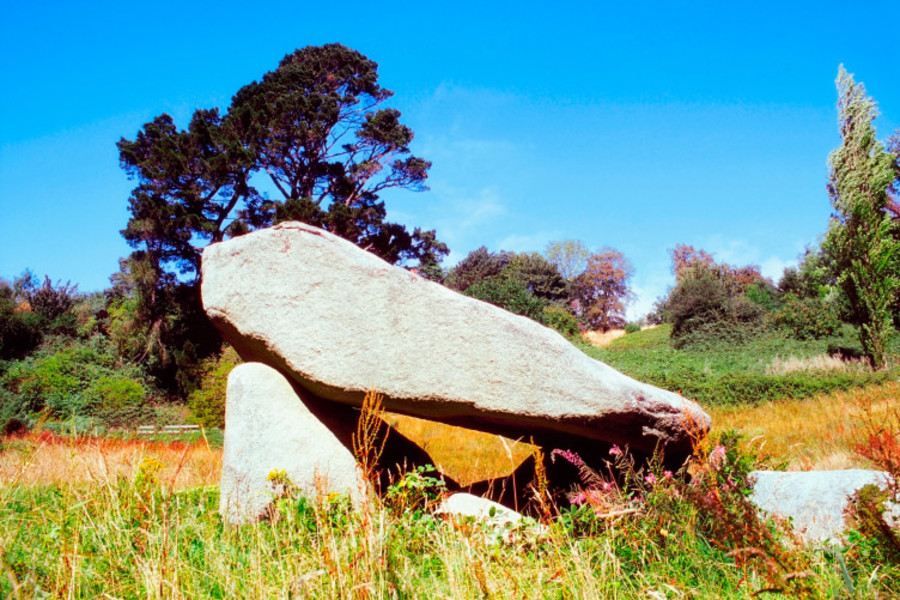 Source: The Irish Image Collection via Alamy Stock Photo
A group compared the plan to the idea of building a 10-storey apartment block beside Newgrange.

THE GLENDRUID DOLMEN Public Group (GDPG) has hit out at plans to construct 534 build-to-rent apartments close to a site containing the the portal tomb in south Dublin.

In a strident objection by the GDPG against the Cairn Homes scheme, members of the group likened the plan to building a 10-storey apartment block beside Newgrange in Co Meath.

The scheme by Cairn Homes Properties Ltd is across eight blocks with one block up to 10 storeys in height on a site at Winterbrook and Barrington Tower, Brennanstown Road, Dublin 18.

Planning documents lodged with the Strategic Housing Development (SHD) state that the scheme is “of a very high quality design and with ready access to amenities such as resident lounges, entertainment space, gyms and cinema rooms, while also being located close to good quality public transport”.

The planning application states that the scheme “will be professionally owned and managed by an institutional landlord, moving away from the historic practice in Ireland of many accidental landlords”.

The site is located just north of the Cherrywood Planning Scheme area which is planned to provide around 8,700 residential units, a new town centre, village centres, schools, and significant public spaces.

However, the the GDPG – which has 1,300 members – has told An Bord Pleanála that such a large-scale development would negatively affect the nearby Glendruid Dolmen.

The objection states that the scheme “would be completely inappropriate and a stain on urban planning in Ireland”.

The group state that “the construction heights as proposed under this Barrington Tower SHD are unsuitable on the grounds of visual amenity impact in relation to a very significant national monument, the Gledruid portal tomb”.

Over 20 objections have been lodged against the proposal and in a separate objection, local TD, Richard Boyd Barrett and Councillor Melisa Halpin, both of People Before Profit-Solidarity, have told An Bord Pleanala that the 10-storey proposal is located a mere 200 metres to an ancient 5,500 portal tomb.

Deputy Boyd Barrett and Cllr Halpin stated that “the Glendruid Dolmen is one the most significant of its type in the country. It is of national importance and…The SHD represents a severe and unacceptable threat to this precious and irreplaceable rich environment”.

The Dublin Friends of the Earth also express concern over the impact the scheme will have on the Glendruid dolmen and on the size and density of the scheme.

A decision is due on the scheme in August.