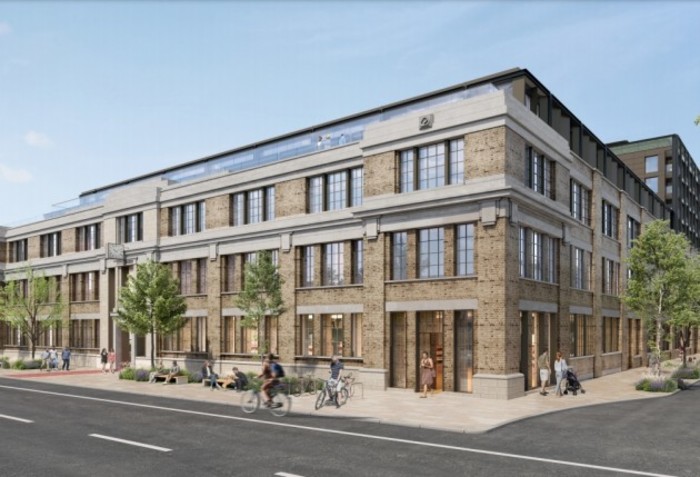 DEVELOPER HINES HAS expressed “serious” concerns over a proposal to place The Player Wills Factory on Dublin’s South Circular Road on The Record of Protected Structures [RPS].

Legal representatives for Hines – which plans to redevelop the site to build 492 apartments and 240 co-living beds - wrote to Councillors last week to express concern over this proposal.

Hines has been granted planning permission by An Bord Pleanála for 416 homes – including a 16-storey apartment block – on a site adjacent to Player Wills.

Local residents are taking judicial review proceedings against An Bord Pleanála’s decision in this case. Separately, locals have already expressed opposition to a 19-storey apartment block as part of Hines’ Player Wills redevelopment which will form part of the overall scheme.

In the 1960s, John Player & Sons amalgamated with Wills and the factory’s name became Player Wills. Hines submitted plans for its redevelopment in 2020.

Councillors first proposed placing Player Wills on The RPS in 2018.

A Council report in January – and submitted to Councillors last week – recommended that Dublin City Council begin proceedings to list Player Wills on The RPS.

A Protected Structure is one that is considered to be of architectural, historical, archaeological or social importance.

Owners of Protected Structures must ensure that RPS sites aren’t neglected or damaged and must apply for Planning Permission if a building’s character is materially affected.

The report said “Player Wills…is a remarkable example of a purpose-built 20th century factory building” which has “retained its original plan form”.

Council management, however, has indicated that Player Wills does not need to be put on The RPS as there are plans to protect the original factory structure as part of its redevelopment, according to Labour Councillor Darragh Moriarty.

In plans submitted to An Bord Pleanála, Hines said it will “restore and transform” Player Wills and build 240 co-living units in addition to 492 one-bed, two-bed and three-bed apartments as part of a build-to-rent scheme.

“The Players Factory is proposed to be restored and reimagined as a cultural and entertainment hub of the new community,” Hines said.

Moriarty, however, is concerned that if Player Wills is not placed on The RPS its fabric will not be properly protected in future.

“We want to keep [Hines] to their promise and ensure protection into the future,” said Moriarty, whose party colleague Senator Rebecca Moynihan first proposed adding Player Wills to The RPS in 2018.

In a legal letter sent to Councillors, representatives for Hines asked for clarification on proposals to add Player Wills to The RPS and said it believes there are “material flaws” in elements of the Council’s report.

Moriarty said “it is surprising that a developer would interfere in this way” and that the Council’s report outlined “extensive reasons” why the Player Wills factory should be added to The RPS.

It is unclear, Moriarty said, when that process will begin exactly.

People Before Profit Councillor Tina MacVeigh said that if Council management believe the factory will be properly protected it is unclear why Hines are raising concerns.

A spokesperson for Hines said the developer approached plans to redevelop Player Wills as if it was already a listed building.

“If [Player Wills] is to be listed down the line we are prepared for that eventuality,” the spokesperson said.

“However, that process and decision is not within our remit and we will therefore be guided by whatever transpires from the Council and elected members in that regard.”

An Bord Pleanála is due to make a decision on the Player Wills redevelopment in April.