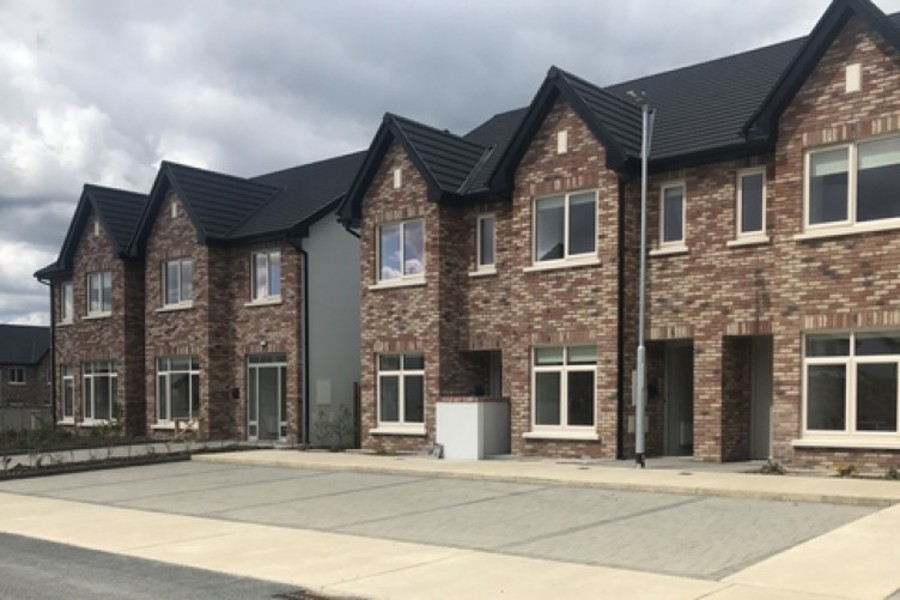 Source: Eamonn Farrell
The tax change will be effective from tomorrow.

THE DÁIL HAS approved the government’s proposal of 10% stamp duty for bulk purchases of 10 or more properties.

Cabinet agreed the measure yesterday which is aimed at tackling so-called cuckoo funds buying up housing developments from first-time buyers.

It will include exemptions for local authorities and approved housing bodies.

This higher charge, as well as apply to bulk purchases, will also apply to a situation where a person acquires 10 or more units on a cumulative basis over a 12 month period

Once triggered, the 10% rate will apply to all houses acquired in that 12 month period, including the first nine purchases.

An investment fund will be allowed to buy up to nine houses over a 12 month period without being hit with the higher rate.

Donohoe said that once passed by the Dáil, the change would be effective from midnight.

Speaking after a cabinet meeting yesterday, Finance Minister Paschal Donohoe said it is designed to dissuade the buying up homes that are close to completion, or fully completed, thereby denying first-time buyers the chance of acquiring and owning their own home.

“Ensuring that people have access to home ownership in this country is a priority for Government. Building up supply, after a year when construction was forced to close for a significant period of time, is key. Making sure people can access those homes, when they come on stream, is as important,” he said.

Speaking in the Dail this evening, Donohoe said there is a role for investment funds when it comes to apartment blocks being built, stating that in order for apartment complexes to be built, it is necessary in virtually all cases for an institutional investor to commit to a binding contract to purchase all or some of a complex on completion.

“This is known as the forward purchase model, and it is usually entered into once planning permission has been obtained. The benefits of this approach is that it allows a developer to obtain the necessary funds to finance the project… in the absence of this forward purchase contract, these apartments wouldn’t be built,” he said.

Sinn Fein’s Pearse Doherty said the in reality, the 10% stamp duty “isn’t going to make a difference, and you damn well know it”, he said.