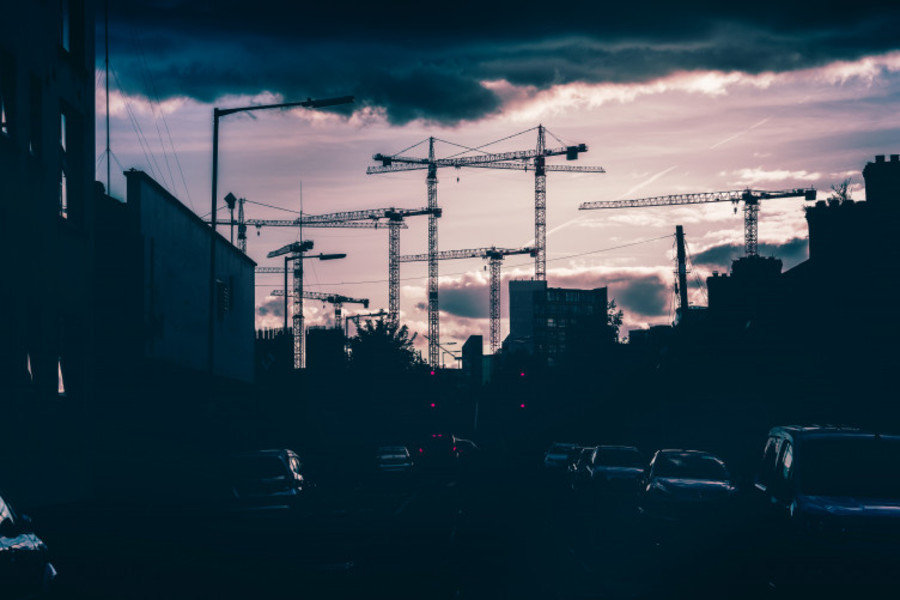 Source: Shutterstock / luciann.photography
Just 789 homes were available to rent outside of Dublin on 1 August.

THE PANDEMIC HAS spurred on the sharpest year-on-year rise in residential rents across the country since 2019, as the number of units available collapsed to its lowest level on record, according to property site Daft.ie.

Average national rents climbed by 5.6% in the year to the end of June due to “an unprecedented scarcity of rental homes”, according to the latest Daft Rental Report.

The average national monthly rent in the quarter was €1,477, up 2.4% from the first quarter, the largest quarterly gain since mid-2018.

Just 2,455 rental homes were available across the country on 1 August, the lowest number since records began in 2006.

Report author and associate professor in economics at Trinity College Dublin Dr Ronan Lyons said the hope for renters is that August marks the low point in terms of supply, “as has been the case in other years and reflecting the timing of leases for the academic year”.

“But the underlying pressure on Ireland’s rental system is intense and the supply shortages are chronic and worsening,” he continued. 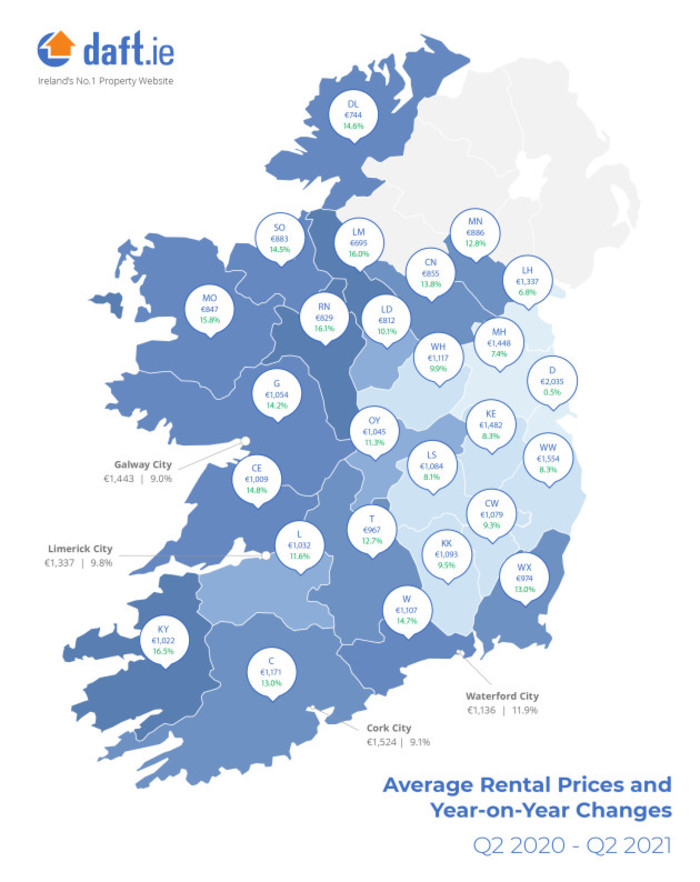 Pandemic-related disruption and site closures over the past year are likely to put further pressure on Ireland’s already constrained housing supply, with 25,000 fewer homes expected to be built between 2020 and 2023.

Lyons said it’s clear the “underlying issues facing Ireland’s rental sector are re-emerging” as the impact of the pandemic on daily life begins to recede.

“It is a sector facing unprecedented shortages, with extraordinarily tight supply,” he said.

To give just two examples of many, there were just 15 homes available to rent in Waterford, city and county, on 1 August and only eight in all of Offaly. Ireland’s rental sector has undergone a lost decade-and-a-half, with almost no new rental homes built.

Lyons said that the situation cannot be rectified by simply regulating prices.

“It can only be solved by adding significant amounts of new supply – and not only in Dublin,” he added.

“In that regard, policymakers – and citizens – should be wary of anything that limits the ability of foreign savers to build new rental homes here.”

The Government has defended the role of private investors in the provision of housing in recent months despite the ongoing controversy surrounding them.

But commenting on the report’s publication this morning, Aideen Hayden, chair of housing charity Threshold said, “The private market has proven it is unable to provide affordable homes.

The onus is on the State to step in and take the leading role in this. Earlier this year, the ESRI set out how the Government can borrow the necessary funds to deliver 18,000 units or more a year.  This has to be the policy going forward, with multi-annual funding and a 20-year housing strategy, if Ireland is to ever move out of this permanent housing crisis.

“Until such a time that this occurs, rent regulation will be necessary and will need to be expanded.”

But a controversial amendment to the legislation, passed last month, will allow so-called ‘cuckoo funds’ to sidestep the new 10% rate of stamp duty on purchases of ten homes or more if they plan to lease the properties back to the State for social housing.

Speaking at the time, Minister for Finance Paschal Donohoe said that funds have a role to play in the “provision of rental accommodation which otherwise… in many cases would not be built”.

Housing minister Darragh O’Brien is excepted to unveil the Government’s ‘Housing for All‘ strategy later this month.

According to the latest Daft report, rental prices increased by 1.4% in the capital between March and June, marking the second consecutive quarter of price growth.

But Dublin rents are just 0.5% ahead of where they were last year.

Outside the capital, the situation is more acute with just 789 homes available to rent on 1 August.

“To put this number into any sort of context, it is possible to track the number of homes available to rent nationwide all the way back to January 2006, more or less the birth of comprehensive online listings nationwide,” Lyons noted in the report.

As a consequence of this scarcity, other cities saw much larger increases in rents than Dublin over the quarter.

In Cork, Galway and Limerick cities, rents are between 9% and 10% higher than a year ago, while in Waterford, they are nearly 12% higher.

Outside the cities, rents rose by 8.6% in Leinster and were almost 50% higher than they were at the height of the boom.

The full Daft.ie report can be found here.