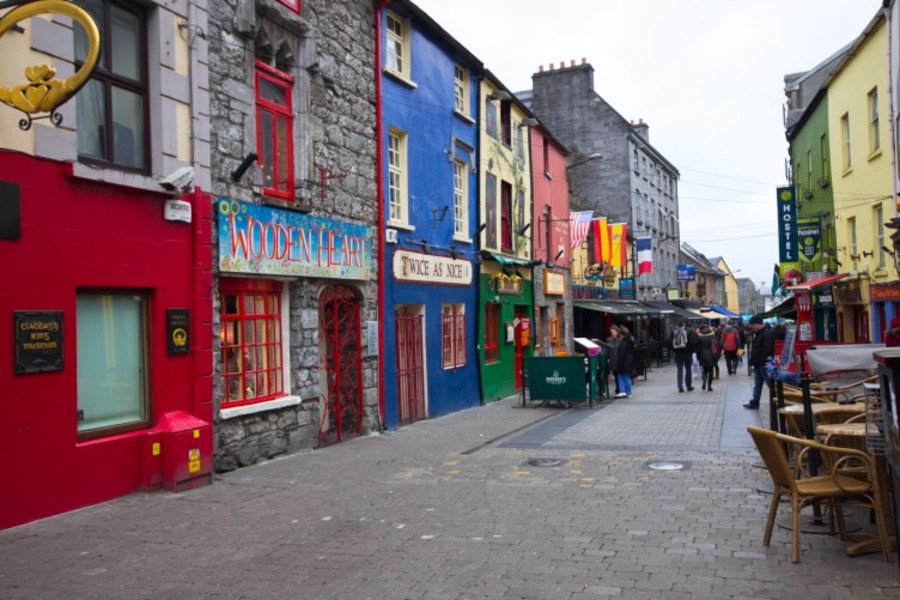 Galway city
Source: Shutterstock / littlenySTOCK
Rents across the country were 2.1% higher than at the end of 2020.

HOUSING CHARITY THRESHOLD has said renters and first-time buyers are facing an “impossible situation” after a new report showed an increase in prices outside of Dublin in the past year.

The latest rental report from Daft.ie revealed that the average monthly rent in Ireland during the first quarter of the year was 2.1% higher than the final three months of 2020.

Rents during the first three months of 2021 were found to have had their largest quarterly gain since the middle of 2018.

The report also showed that housing supply has fallen outside Dublin, where the number of homes available to rent was up 20% on 1 May compared with the same date last year.

In contrast, only 1,150 rental units were available to rent outside the capital on 1 May – down one third from the same date in 2020.

The cost of renting increased in every city outside of Dublin in the twelve months to March, with the capital the only city in the country where rents fell from 2020 to 2021.

In the capital, the average monthly rent during the first quarter was €1,974, a drop of 6.5% over the past twelve months.

But rents outside of Dublin are 7.1% higher than they were in the first quarter of 2020, with renters paying €900 extra per year on average.

The highest increase was in Waterford, where the average cost of rent during the first quarter was €1,097 per month, up 8.3% on the same period last year.

Outside of the five main cities, the average cost of rent is also up by an average of 7.3% year-on-year. 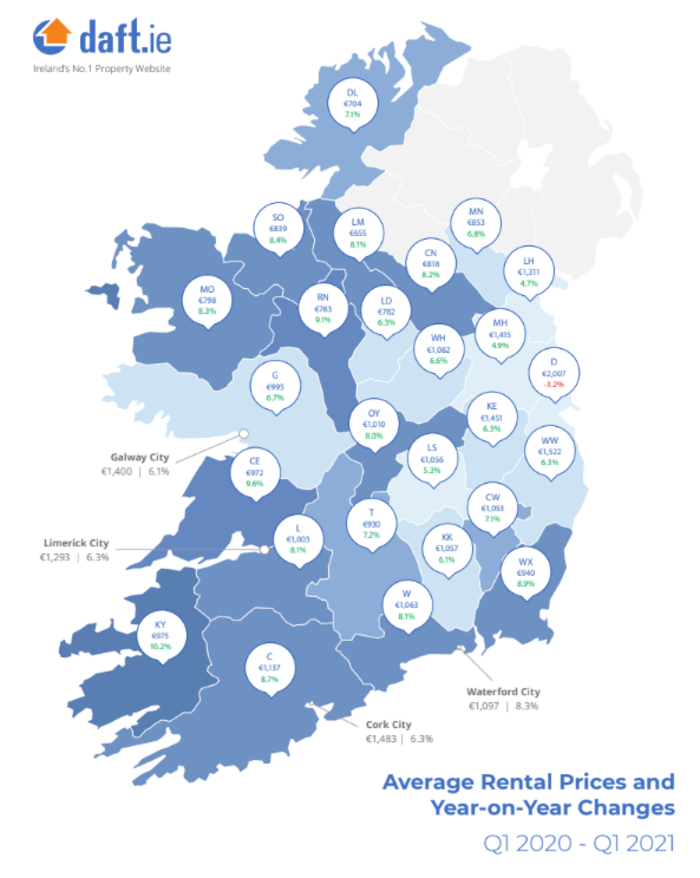 Trinity College Dublin economist Ronan Lyons, who authored the report, explained that the contrast between Dublin and the rest of the country has been driven by the effects of the Covid-19 pandemic.

“In Dublin, additional supply moving over from the short-term lettings market coupled with a temporary halt to people moving to the city pushed rents down,” he said.

“Elsewhere, lockdown ground the rental market to a halt, with fewer listings pushing rents further up.”

Lyons warned that these differences would be unlikely to disappear as life returns to normal in the months ahead, with long-standing problems such as an undersupply of new rental homes likely to continue recent trends.

Threshold CEO John-Mark McCafferty warned that findings of the report, which also showed a drop in the number of homes available to rent, were not good for first-time buyers.

“With a year-on-year drop in the number of homes available to rent nationwide, combined with a lack of affordable homes to buy, prospective first-time buyers remain in an impossible situation,” he said.

McCafferty also claimed that rent increases across the country show that rules around Rent Pressure Zones – which limit rent increases in certain areas to 4% a year – are not being obeyed.

“We are seriously concerned about affordability for single people in the rental market, with for example the cost of renting a double room in Galway City Centre up 16% in a year,” he said.

“Given that Galway City is a designated Rent Pressure Zone, it is yet more evidence that the RPZs are not being adhered to.”

The full Daft report can be found here.

The report comes as the government faces mounting criticism for the lack of housing supply for renters and would-be buyers across the country.

The issue came to the fore last week after a so-called ‘cuckoo fund’, Round Hill Capital, bought 135 homes at a new development in Maynooth, Co Kildare.

While there was a discussion at Cabinet on housing today, a government spokesperson said he could not provide a timeline as to when the measures might be announced or implemented.

A senior source confirmed that such provisions could take a “week or two”.

In a wide-ranging interview with The Journal yesterday, O’Brien indicated that he “isn’t ruling anything out.

While he said he didn’t expect to have the actual measures at Cabinet yesterday, he expected to have options to work through at some stage this week.