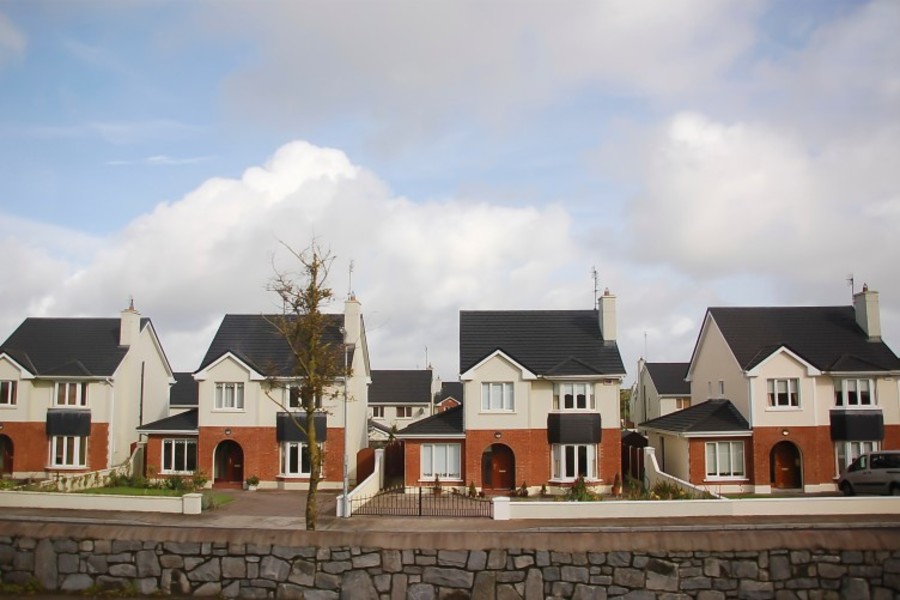 Senior government sources say it could be weeks before anything is in place.
Source: Shutterstock / Elena Zhi
It could be a “number of weeks” before new measures are announced, say sources.

THREE SENIOR MINISTERS met after Cabinet today to further discuss what proposals are on the table to dealing with investment funds.

As a result of the fallout from Round Hill Capital buying 135 homes at a new development in Maynooth, Co Kildare pressure is mounting on the government to take action.

Housing Minister Darragh O’Brien, Finance Minister Paschal Donohoe and Public Expenditure Michael McGrath met this afternoon to do further work on the proposals which will be subject to a legal review and input from Attorney General’s office.

While there was a discussion at Cabinet on housing today, a government spokesperson said he could not provide a timeline as to when the measures might be announced or implemented.

He stated that it could take a “number of weeks” for the measures to be rolled out, depending on what legislative changes might be required.

A senior source confirmed that such provisions could take a “week or two”.

In an interview with The Journal yesterday, the minister said he “isn’t ruling anything out”.

While he said he didn’t expect to have the actual measures at Cabinet today, he expected to have options to work through at some stage this week.

The government spokesperson said the government is looked at all options, such as – ring-fencing the number of homes that first-time buyers can purchase, taxation and legislative changes.

He added that it was important to note that the funds to have a role to play in the buying of apartment blocks in urban centres.

Breaking the cycle of funding from local authorities to these investment funds through long-term leasing is also being looked at, he said.

Whatever is decided upon, the government wants the measures to stick. He said government has “lots of ideas”.

A senior source said an announcement on the measures will be made when the work is complete, but “it has to be done right” so as to prevent any negative consequences or the creation of any other loop-holes.

They said disincentives are being looked at through the Finance Act, regulation and planning. It is not expected that such changes in the Finance Act will have to wait until Budget Day.

A separate source said once the proposals are agreed with AG, they will be announced, but said the planning changes will only apply to future plans, and cannot be applied retrospectively.

This means that any purchasing plans underway already will not be able to be halted.

Tonight, a Sinn Féin motion calling on the government to protect struggling home-buyers by ending tax advantages for investment funds is being debated in the Dáil.

“Institutional investors enjoy tax advantages and exemptions that are distorting the housing market.

“These institutional investors are pricing workers, families and struggling home buyers out of home ownership, and pushing up rents and property prices.

“They are also distorting the activities of developers, who are skewing supply to maximise their incomes, and the incomes of institutional investors, rather than the needs of society.

“This did not happen overnight or by accident,” said TD Pearse Doherty.

“It is the direct consequence of government policy, introduced by the Fine Gael government and facilitated by Fianna Fáil. These institutional investment funds were granted massive tax advantages by Fine Gael.

“Many of them, such as REITs and IREFs, pay no corporation tax on their rental profit, no capital gains tax, and very little stamp duty.

“Against them, struggling home buyers don’t stand a chance,” he said.

He said Sinn Féin has called for these tax advantages to be brought to an end for years, yet no action was taken.

He told the finance minister this evening that he had been warning the government for years that the experiment with REITs would backfire for the people.

Mullen Park was the “lightening rod” but Doherty said this has been going on for years.

“Where was your outrage” when hundreds were “snapped up” by funds two years ago, he asked the ministers.

There was cross-party support for the motion, with Labour’s Ged Nash stating that these funds are “drunk and out of control on tax breaks”. Meanwhile, People Before Profit’s Paul Murphy said Ireland has become “cuckoo-land”.

Solidarity TD Mick Barry said housing could be the “ticking time bomb that could actually blow up this government”.

Independent TD for Galway Catherine Connolly said government needs to admit there is a housing crisis and build public housing on public land.

She accused the government of bolstering the market when they rolled out the Housing Assistant Payment (HAP) and removed people from the housing list that signed up.

“Don’t ever insult me by saying we are ideologues,” she said, adding that “every single policy you have pursued is for the market”.

Addressing the Dáil this evening, the Finance Minister Paschal Donohoe said the country only has two major banks in the field now, and there are needs that can be met by the private sector that use private capital, therefore he said there is a role for large investors in meeting this need, but only inside a legal framework put in place by the government.

He said he understands how worried people are and feel that this could price them out of buying a home in the future. “We understand that, and that is why we are looking at options… we will do that work and we will complete it,” he said.

The comments from TDs come after Leaders’s Questions where the Taoiseach was told that a generation of young people can be summed up as “one of exasperation” over the Government’s housing failures.

Sinn Fein leader Mary Lou McDonald accused the coalition Government of enabling and encouraging wealthy investment firms to buy up family homes with “cushy tax deals” when it should be “moving heaven and earth” to do everything possible to make housing affordable.

She told the Dail that in 2019 six out of 10 homes in Dublin were taken off the market and the vast majority were sold to the investment funds and that in the last four weeks 400 houses have been “snapped up” by these funds.

“It’s a very daunting prospect for young people who scrimp and save and make enormous sacrifices to put themselves in a position, if they’re lucky, to have a deposit to buy a home,” she said.

“But these investment funds, not only rob people of the chance to buy their own homes but also push up house prices, in some cases by as much as 80,000 euro.”

The Dublin Central TD said it was a “win, win” situation for investment firms operating in this country at present and that it was happening against the backdrop of what she called the Housing Minister’s “utterly discredited” housing bill.

“You’ve created an affordable housing plan that can make houses even more expensive and even by your standards that’s some achievement,” McDonald said.

“Is it any wonder the mood of a generation is one of exasperation?”

The Taoiseach said the Government is opposed to investment funds “taking over or buying out estates that are already built”.

“The original purpose of them was to add to supply not to take over existing supply and to compete with first-time buyers,” Micheal Martin said.

“Our priority remains the first-time buyer and we want home ownership to increase.”

“We don’t want investment funds competing with first-time buyers and certainly not out there buying housing estates.

“We do not want that, we oppose that,” he added.

Martin said the Finance Minister and the Housing Minister will be bringing proposals to Government to address the situation.

But again, he did not give a time frame as to when this may happen.

The housing minister is understood to be “actively considering” directing local authorities to ensure that a large percentage of planning permissions granted for housing developments should go to owner occupiers.

The Taoiseach said it is “one of the range of ideas” being considered.