The cost of buying a house in Ireland has gone up another 8.6% 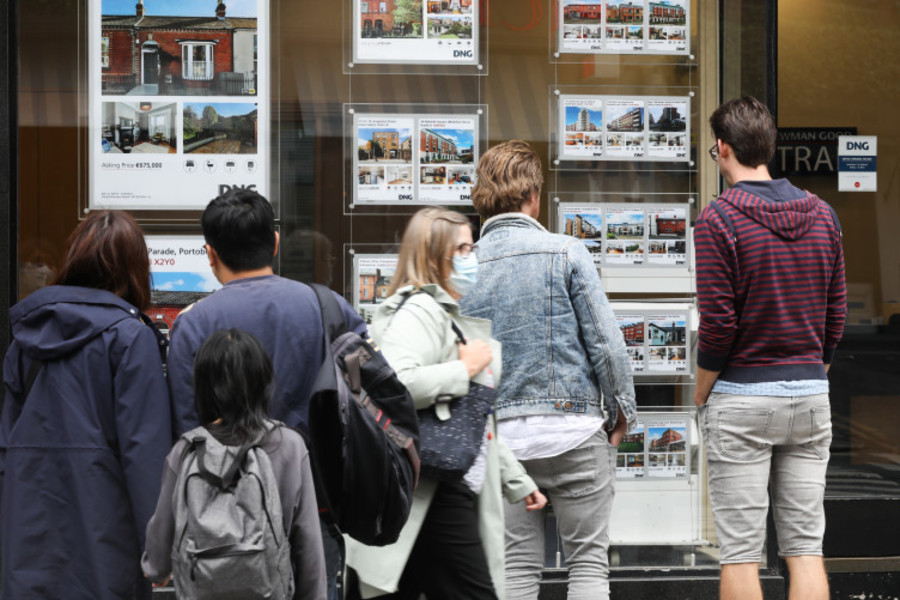 Source: Leah Farrell
The highest house price growth in Dublin was in South Dublin at 11.2%.

STATS RELEASED TODAY by the CSO have shown that the cost of buying a house in Ireland has increased by 8.6% in the last year.

The Residential Property Price Index (RPPI) found that prices in Dublin have risen by 8.1% and prices outside Dublin have gone up by 9.1%.

The highest house price growth in Dublin was in south Dublin at 11.2%, while Fingal saw a rise of 6.5%.

Outside Dublin, house prices were up by 8.7% and apartment prices up by 14.6%. The region outside of Dublin that saw the largest rise in house prices was the Border at 16.2% – at the other end of the scale, the South West saw a 5.3% rise.

Commenting on the increase, Viacheslav Voronovich, statistician at the CSO, said: “In the period before Covid-19, the annual growth in residential property prices fell gradually from 13.4% in April 2018 to 0.9% in March 2020.

“While price growth remained subdued throughout most of 2020, a trend of accelerating growth emerged in the latter part of the year and into 2021.”

Reacting to the figures today, Labour housing spokesperson Rebecca Moynihan said home ownership is no longer a legitimate aspiration for most people. She said that the stamp duty changes are having little impact on investor dominance in the housing market.

Moynihan said: “This CSO data adds further insult to injury for anyone with an aspiration to buy their own home. Prices are up 99% nationally from the low of 2013, but prices in the city are astronomical. Household incomes are not keeping pace and the cost of living in Ireland continues to soar.

“This is not sustainable, and as well as driving people into homeless, it is eroding people’s morale, it is forcing them to work to barely get by, it’s another symptom of Ireland’s two-tier society.”