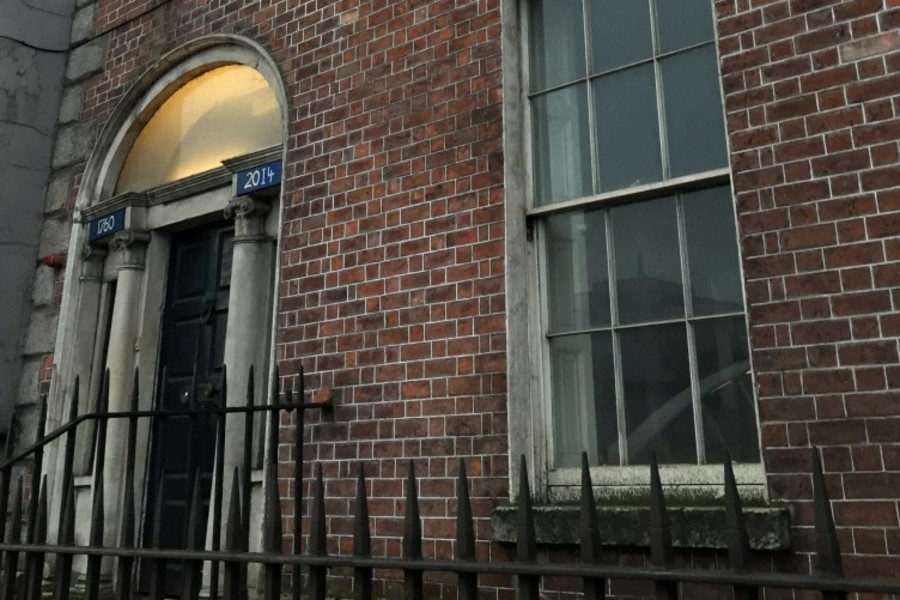 DUBLIN CITY COUNCIL has given the green light to contentious plans to turn James Joyce’s ‘House of the Dead’ on Dublin’s quays into a 50 bed tourist hostel.

The Council has granted planning permission for the proposal after the planner in the case concluded that the proposed change of use to a tourist hostel “will be the best way to secure its long-term conservation”.

The house at 15 Usher’s Island, Dublin 8 was once home to James Joyce’s grand aunts and the setting of Joyce’s best known short story, The Dead.

The plan by Fergus McCabe and Brian Stynes last year provoked a backlash with one of the country’s most popular writers, Colm Tóibín claiming that the hostel plan will “destroy an essential part of Ireland’s cultural history”.

The Department of Heritage also lodged a hard-hitting objection claiming that the proposal “will undermine, diminish, and devalue a site of universal cultural heritage, importance and part of the UNESCO City of Literature designation”.

However, the planning report recommending permission stated that “the building is capable of being converted into the new use and any harmful extensions or modifications have been removed from the scheme”.

The Council state that the plan would allow for the refurbishment, conservation, repair and extension to an existing Protected Structure.

The Council planning report also stated that “the existing protected structure is of special interest, however its current condition is of concern and the proposed change of use will be the best way to secure its long-term conservation”.

The Council state that the proposal provides for a hostel “on an otherwise under-utilised site located within an inner city area, proximate to public transport and other amenities”.

The Council last December sought revised plans from the applicants after its Conservation Officer raised concerns that in the absence of sufficient information “there is a risk that the historic fabric that contributes to the special architectural interest of this significant building may be lost”.

The revised plans include the omission of a contentious contemporary extension.

The Council planner’s report states that the revised plans including the omission of the rear extension “have addressed the planning concerns with the proposal”. The planning permission is subject to 14 conditions.

Consultants for the applicants told the Council that the hostel will be managed to a high professional standard to ensure that guests are mindful of the neighbouring residential context.

They state that the substantial investment “will result in a high quality tourist offering” and those who will stay in the hostel will be overnight travellers to those wishing to stay longer in the city.

In an objection lodged with John McCourt, Colm Toibin claimed “that the atmosphere in the house and the way the rooms are configured are mostly untouched since Joyce’s time”.

They stated that turning it into a hostel “would wreck the uniquely valuable interior which still maintains the character of the house so splendidly described” in The Dead.

They added: “In the decades since Joyce’s death, too many of the places that have been rendered immortal in his writing have been lost to the city”.

They pleaded: “Let us not repeat this mistake today.”

Those who lodged objections against the plan now have the option of lodging appeals against the decision to An Bord Pleanala.