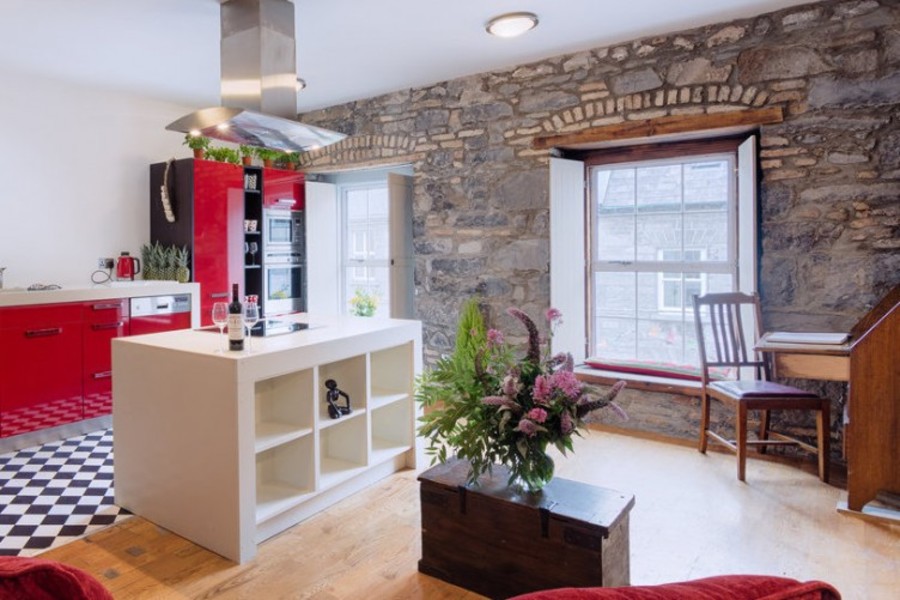 Source: Daft.ie
You’ll find exposed stone and brickwork in every room of this historical apartment.

GALWAY WAS ORIGINALLY a walled city, founded in the early 13th century. As the city grew and expanded, more buildings began to spring up outside of its medieval walls.

Dominick St was one of the earlier additions to the ‘new’ Galway, sitting close to both the River Corrib and the recently constructed Eglinton Canal. Most of Dominick St’s sturdy stone buildings are still standing today, like the Coachman Apartments at number 40, believed to have been built around 1850.

Apartment 20 at the Coachman is a three-bedroom, one-bathroom property, offering a chance to own a slice of history in the heart of Galway city. The apartment blends old and new, mixing modern fittings and interior design with original stonework throughout. 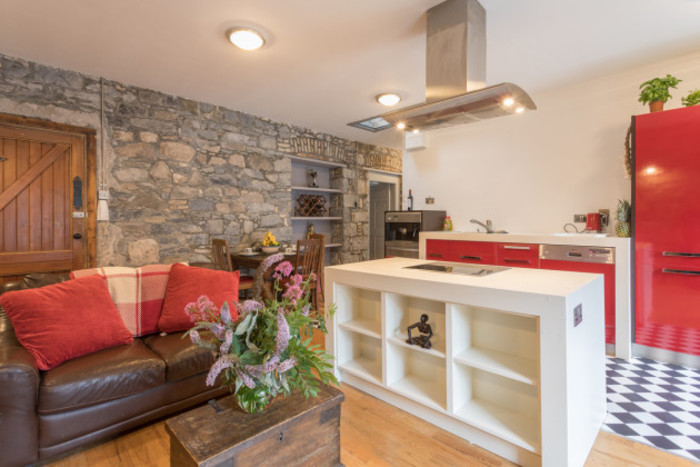 In the open plan kitchen/living/dining area for example, the walls are exposed stone and brickwork on three sides, with modern plasterwork on the fourth wall. This area features triple-glazed sash windows, modern floor tiling in the kitchen, a central kitchen island and a wood-burning stove. 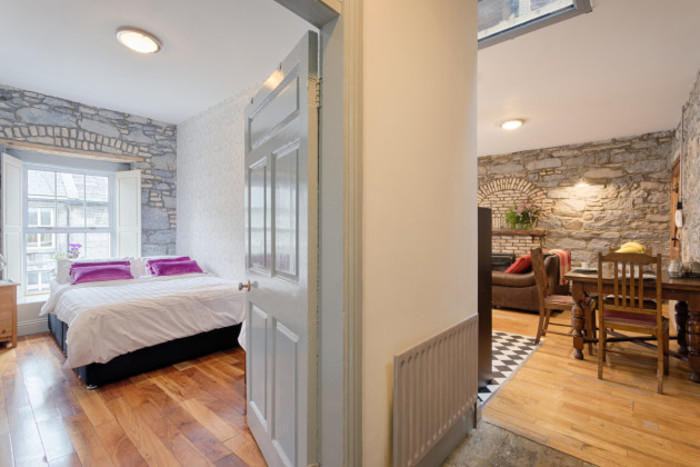 Along with the stove and window glazing, the energy-saving Lucht heating system will ensure this home is cosy at all times. 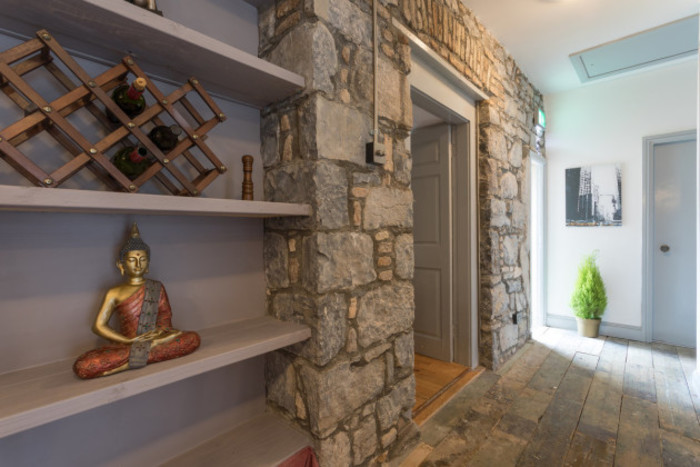 The apartment includes three spacious double bedrooms, each with its own feature wall of exposed brick – and one including a built-in bookshelf within the wall. There’s wood flooring throughout. 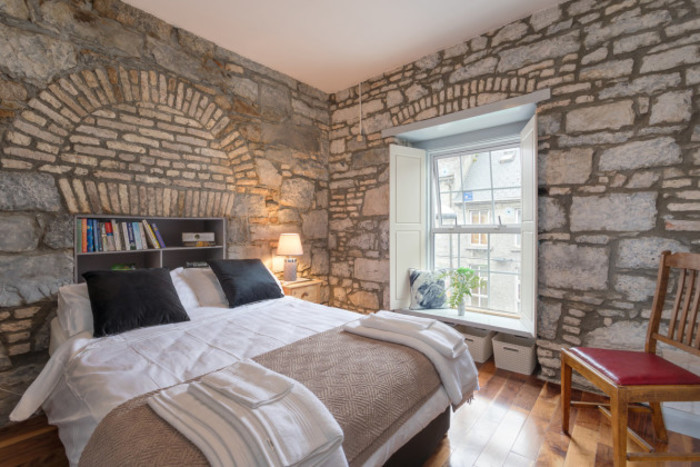 Outside, you’ll be close to all the action, with Eyre Square a short walk away just across the river, and all of Galway’s shops, bars, restaurants, beaches and public transport links nearby.

Apartment 20, Coachman Apartments, Dominick St Lower, Co Galway is on the market for €350,000 with Alan O’Dowd via Daft.ie.