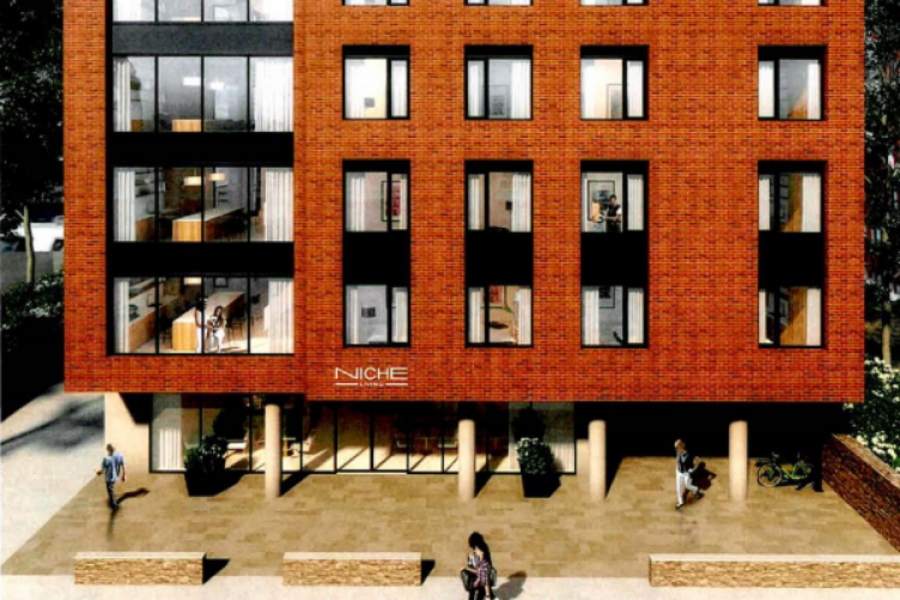 PLANS TO BUILD a co-living development just 1km from Dublin’s St Stephen’s Green have been approved by An Bord Pleanála.

Bartra Capital has been given the green light to build the seven-storey 98-unit development on Ardee Road in Rathmines, after the board overturned a previous decision by Dublin City Council to refuse permission for its construction last September.

The plans will see 11 to 17 residents per floor above the ground floor share a communal kitchen/living/dining area, while there will also be communal amenity spaces including gymnasium, a party/function/cinema room and a games lounge.

Last year, Dublin City Council found the level of shared facilities on each floor “objectionable” after noting that many occupants would have access to just a single kitchen and living area.

But in its appeal, Bartra argued that its plans were “in accordance with national policy including the Action Plan for Housing and Homelessness – Rebuilding Ireland”.

The developer also pointed to its planned co-living development at Elbana Avenue in Dun Laoghaire, which was granted permission by Dun Laoghaire-Rathdown County Council last year.

It said that the new development in Rathmines would comprise the same layout as those plans in Dun Laoghaire, and argued that Dublin City Council did not consider this.

As part of its considerations, An Bord Pleanála pointed out that the council was required to weigh up the need for shared accommodation in an area which needs “to cater for particular employee accommodation needs”.

It also noted that Rathmines is a ‘Key District Centre’ within the Dublin City Development Plan, which represent “the top-tier of urban centres outside the city centre”.

“A key determinant for shared living is location and proximity to work, amenities and public transport,” inspector Irene McCormack wrote.

“The development would contribute to the achievement of development plan housing targets and to national and regional policies to provide housing at sustainable locations and to encourage densification and compact urban growth.”

The decision comes after another developer, Blondie Issuer DAC, obtained permission for a 97-unit shared-living proposal on Rathmines Road Lower earlier this month.

06.08.2019Sinn Féin proposes plan to ban controversial co-living developments
10.06.2019Opinion: Co-living will push up the price of land and make it unviable to build residential homes
26.05.2019How co-living works in other countries and how they compare to Ireland's house-shares

In its decision, Dublin City Council’s planning department said it was satisfied that that development complied with the Sustainable Urban Housing: Design Standards for New Apartments-Guidelines.

Plans for co-living developments drew controversy last year, after such proposals were allowed under guidelines introduced under the Planning and Development Act in 2018.

Green Party MEP Ciarán Cuffe described the idea as “Dickensian in nature”, while Sinn Féin published a bill – that has since fallen following the dissolution of the previous Dáil – that proposed banning co-living developments.

“Units of only 16 sq metres for tenants are the bedsits of the future,” the Dublin TD said.

I also take issue with the comments of the An Bord Pleanala inspector which state that the co-living development will contribute to realisation of the development plan housing targets.

Are we now describing what is the provision of incredibly expensive bed spaces as hitting housing targets?

“Co-living does not create sustainable apartment living. We need to see instead affordable cost rental homes, not 16 sqm closets.”