Tadgh McNally 17/08/2022
Krispy Kreme was the first business to open its doors at the plaza today. 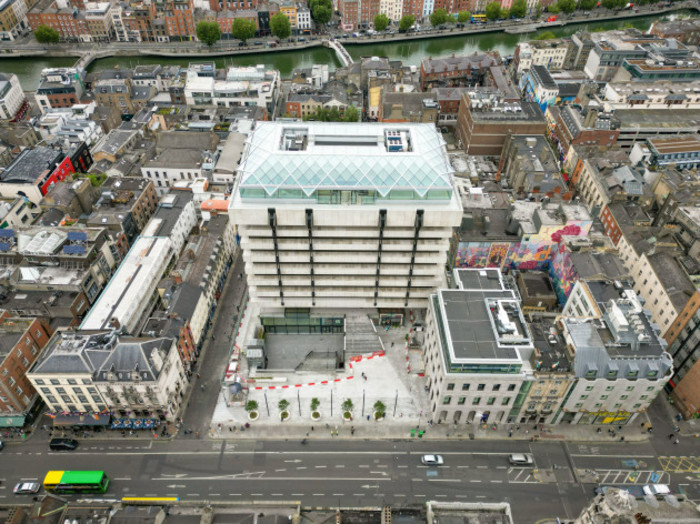 An aerial view of Central Plaza
Source: Hines and Peterson

THE REDEVELOPMENT OF the former Central Bank building in Dublin City centre has officially opened today after four years of work.

The development, known as Central Plaza, is located on Dame Street and College Green and had been a popular meeting spot before the development.

With the plaza now reopened, the walkway that linked Dame Street to Temple Bar is also set to reopen, but on a phased basis.

Initially, the walkway will only be open between 11am and midnight, seven days a week rather than 24/7.

The main building itself, 1 Central Plaza, is 12 storeys tall, with the top floor set to be a restaurant and bar.

The planner has said that the rooftop bar will have “unrivalled 360 views of Dublin” and people visiting will be able to see Trinity College Dublin, Dublin Castle and Phoenix Park.

Surrounding the plaza, there are six units for both retail and food outlets. The first tenant, Krispy Kreme, opened their doors today. 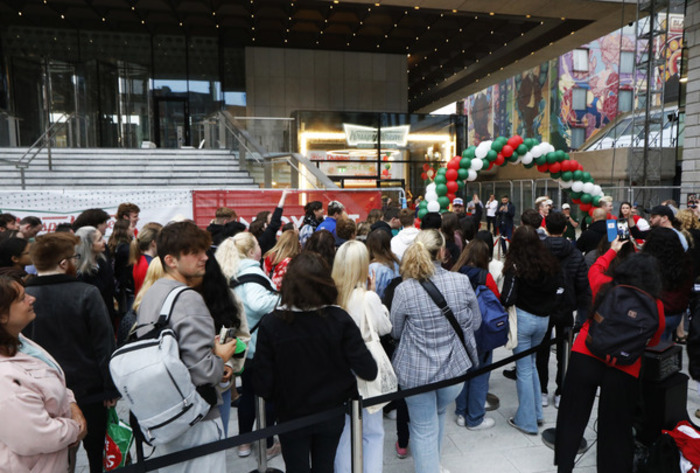 Other food outlets, including Bujo, Las Iguanas and Gino’s Gelato are also expected to open on the site within the coming months.

The developer expects that a total of 1,500 people will be employed at the site, within the offices themselves and across retail and hospitality businesses.

The redevelopment itself was carried out by Hines and Peterson, who initially acquired the site in 2o17.

An Bord Pleanála then greenlit the plan for Central Plaza in 2018, despite objections from a local resident.