Charm and grandeur abound at this luxurious Wicklow mansion for €2.65m 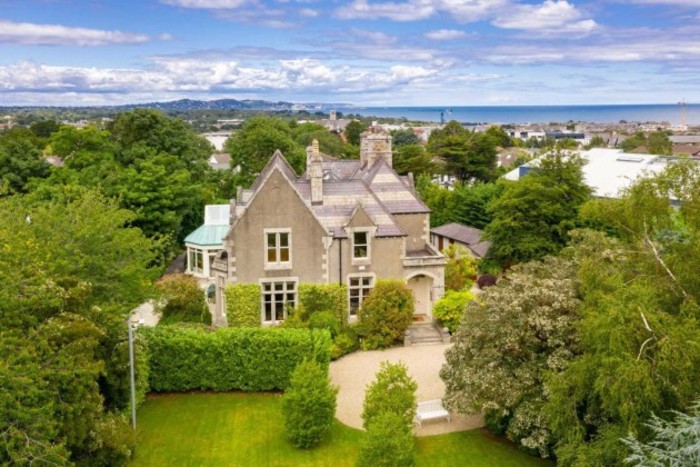 WITH ONE ACRE of beautiful landscaped gardens and the Bray coastline as its backdrop, Cairness is an instantly appealing property.

Dating back to 1878, the five-bed home was originally built as the rectory for the neighbouring Christ Church. It has been extensively renovated and extended over the last decade by its current owner, yet retains much of its original charm and grandeur. 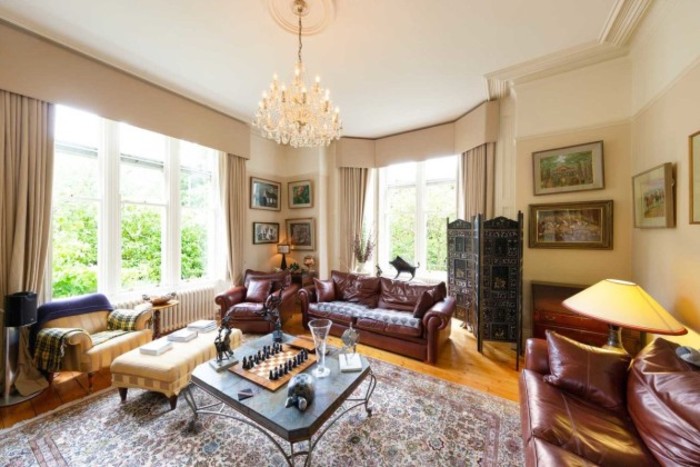 Cairness measures an impressive 5,360 sq ft, with multiple impressive features throughout. Double timber doors under a Tudor-style arch open to the entrance hall, where there’s a beautiful feature staircase and access to each of the reception rooms. 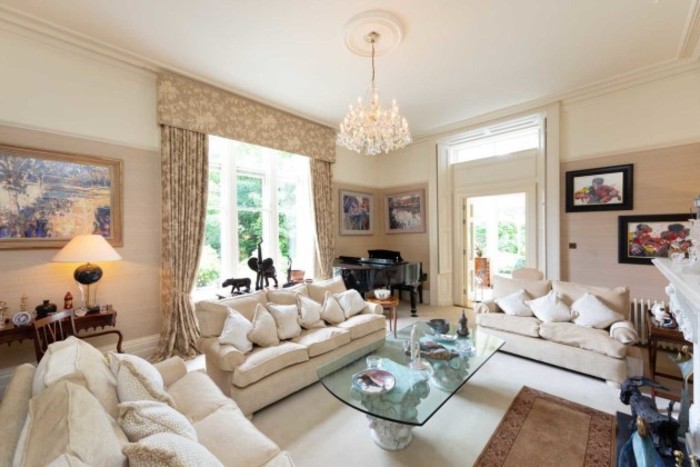 The first of these is the dining room, where you’ll see feature wallpaper, sash windows and room to seat at least eight. The drawing room has a more neutral design, with a large bay window and a marble fireplace here.

Double doors lead from here to the sunroom, where floor-to-ceiling windows and glass doors overlook the beautiful gardens and open to a peaceful patio. 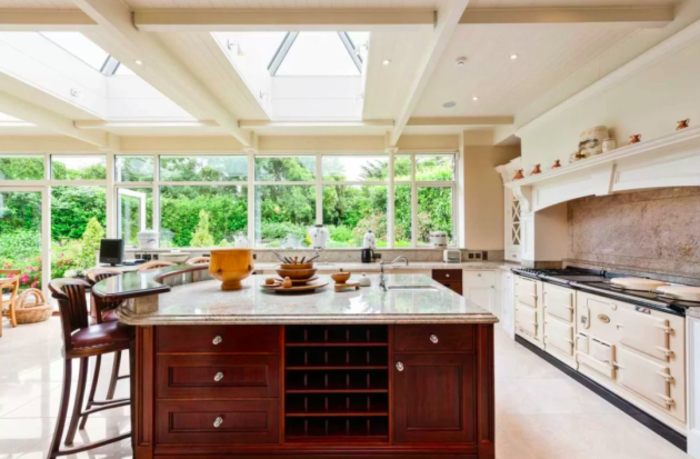 The kitchen is highly impressive and flooded with natural light thanks to multiple ceiling and picture windows which each provide views of the beautiful rear garden. There’s no shortage of space in here, with bespoke cabinetry by John Daly, a large centre island and a six-oven electric Aga. The worktops are granite, while the floors are Travertine marble.

For even more storage space, there’s a separate utility room off the kitchen. A study and guest bathroom complete the ground floor accommodation. 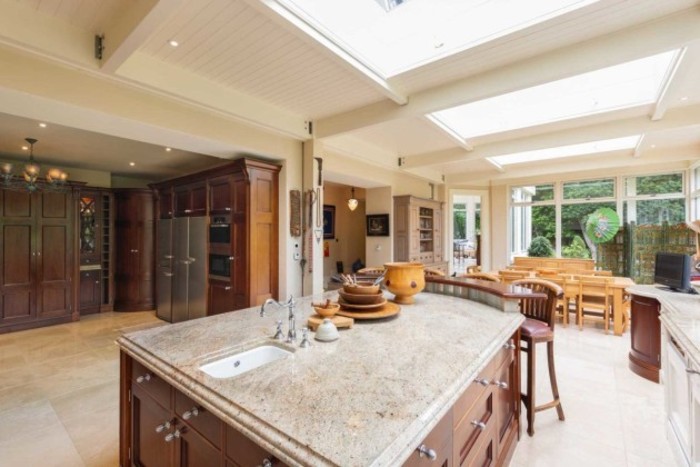 Moving to the first floor via one of two staircases, there are five double bedrooms here. The master bedroom boasts picturesque views of the church and the gardens, as well as a dressing room as large as the bedroom itself.

Three of the bedrooms have their own en suite bathroom which wouldn’t look out of place in a five-star hotel, with walk-in showers, standalone baths and luxury sanitary ware. All of the bedrooms come complete with bespoke wardrobes, while two offer sea views. 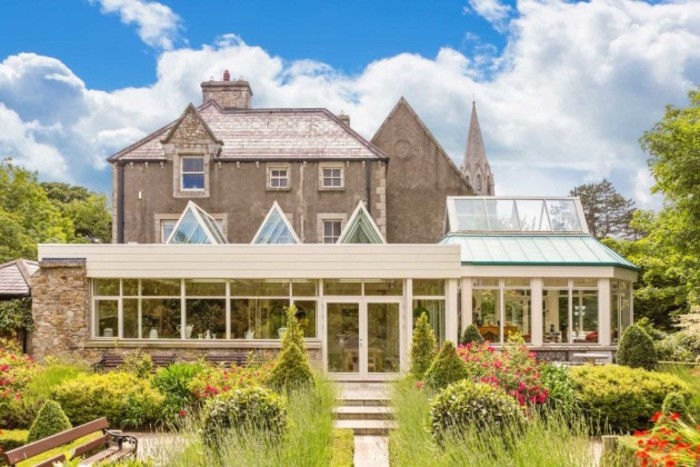 Outside, Cairness benefits from a highly private location thanks to a selection of mature trees, electric security gates and expansive lawns. There’s a west-facing patio to the side of the house, while the rear is laid out in parterre with a mixture of bay trees, lavender bushes and granite walkways. The standalone garage could easily be transformed into a workshop or home gym, while dog owners will be delighted to know there’s also a fully-fenced dog run on the grounds. 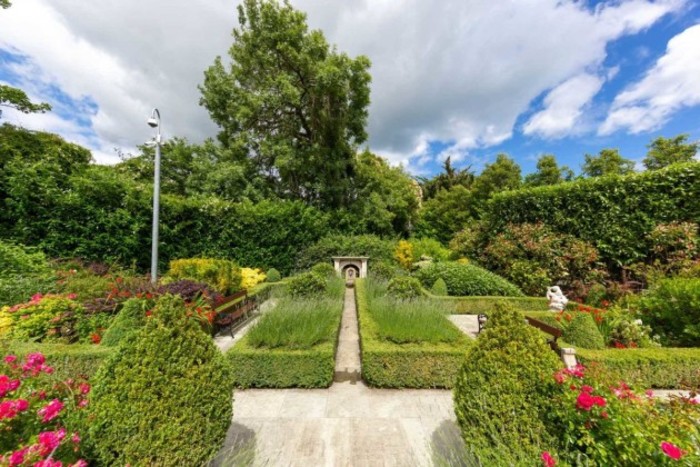 Located just off Church Road, the heart of Bray is just a 10-minute stroll away, while the seafront can be reached in 20 minutes.

Cairness, Church Road, Bray, Co Wicklow is on the market for €2,695,000 through Knight Frank via Daft.ie.