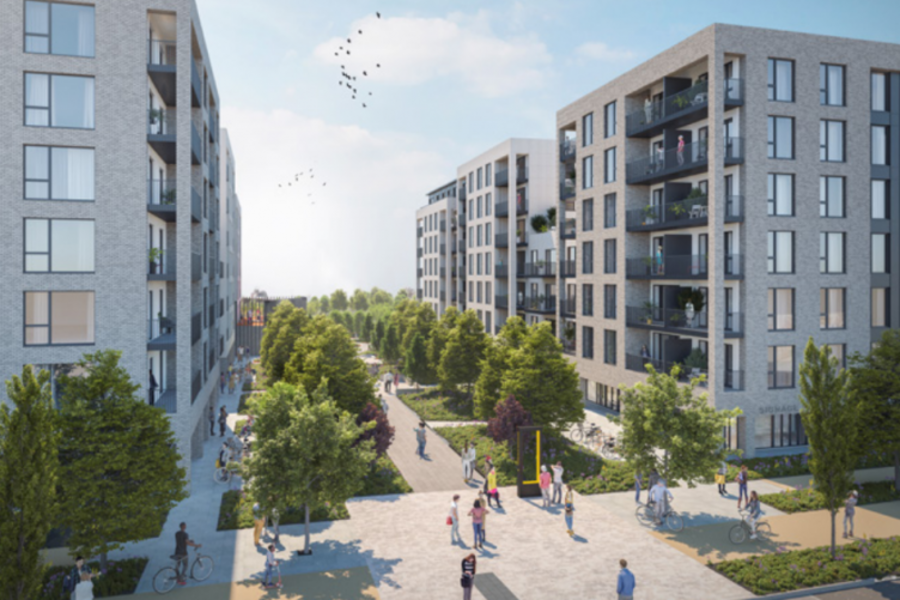 AN BORD PLEANÁLA has given the go-ahead for a €235 million 590 unit build-to-rent apartment scheme for a site at Charlestown and St Margaret’s Road in north Dublin.

The grant of permission to the Puddenhill Property Ltd scheme south of the Charlestown shopping centre is one of two Dublin-based Strategic Housing Development (SHD) schemes to secure planning permission on Monday.

In a separate case, An Bord Pleanála has granted planning to Ardstone Ltd for 114 build-to-rent apartments at Stocking Avenue, Woodstown, Dublin 16.

Local politicians and a number of local residents opposed both schemes.

In relation to the Puddenhill Property Charlestown proposal made up of four blocks from six to ten storeys in height, co-leader of the Social Democrats Roisin Shortall TD stated that she was “strongly objecting” to the scheme.

Shortall told the appeals board that 234 of the scheme’s apartments would be one-bed meaning that 40% of the units would be small units.

She stated that her fear was that the scheme will inevitably deliver units “at unaffordable prices, completely out of reach of ordinary workers and local people”.

Shortall contended that the proposal “would not make a positive contribution to the area and will lead to a transient population”.

The Dublin North West TD argued that “if we want people to see apartment living as a long term, in line with other European cities, apartments must be bigger”.

She further argued that “the proposed over-concentration of expensive ‘shoe-box’ apartments will not achieve this aim and will do little to address local housing need”.

Consultants for the SHD proposal stated that “the scheme has been designed to maximise residential amenity while also providing an appropriate density for this strategic site”.

A planning report lodged with the plan stated that “the proposed architectural and landscape design proposals will create a vibrant new urban neighbourhood within Charlestown”.

A proposed Part V deal with Fingal County Council has put an indicative price tag of €23.5 million on 59 units for social housing or an average cost per unit of €398,358. Talks can now being on a final price with planning permission now granted.

In relation to the Ardstone scheme, local Green Party TD Francis Noel Duffy objected to the proposal, arguing that it is not conducive to sustainable community development.

Duffy contended that the density of the apartment blocks on such an elevated site will obliterate the protected view and mountain skyline of the Dublin Mountains.

However, the appeals board gave the scheme the green light after concluding that the scheme would constitute “an acceptable quantum and density of development in this accessible urban location”.

The appeals board concluded that the scheme would be acceptable in terms of urban design and height.