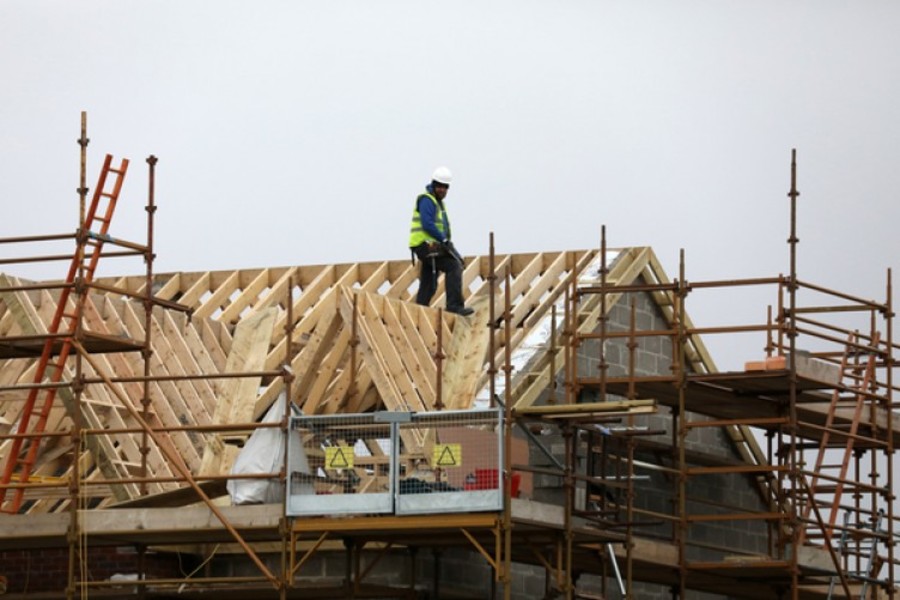 THE GOVERNMENT HAS pledged that it will spend some €500 million to build 9,500 social housing units next year.

Announcing the spending plans in Budget 2021 this afternoon, Minister for Public Expenditure and Reform Michael McGrath said that the State “needs to place a much greater emphasis” on directly building social and affordable housing.

“What is required is a sustained multiannual large scale building programme that adds to the overall stock of housing,” he said.

The government is fully committed to doing this. Doing this will increase supply, alleviate price pressures in the market and help to make housing, more affordable for families.

Today, I’m providing €5.2 billion to the Department of Housing, Local Government and Heritage in 2021. This is an increase of €773 million on 2020 and is a record level of funding.

McGrath added that €2.4 billion will be made available to support 15,000 Housing Assistance Payment (HAP) tendencies and 800 rental accommodation scheme tendencies.

The announcement of funding for social housing comes a week after it was confirmed that just 725 social housing units were built in first half of this year.

Housing Minister Darragh O’Brien said the figures showed the impact Covid-19 has had on the construction sector, but opposition politicians have said the government has missed its social housing targets for the past number of years.

McGrath also made pledges in relation to affordable housing: “I’m advocating an affordability package of €110 million for 2021 to provide for affordable housing and cost rental schemes. Both the Serviced Site Fund and the Local Infrastructure Housing Activation Fund fund will progress the delivery of over 2000 affordable homes on both private and public land next year.”

Delivering his fourth budget speech this afternoon, Finance Minister Paschal Donohoe also confirmed that the Help to Buy scheme is to be extended to the end of next year. The scheme gives buyers a tax rebate of 10% of the value of the property up to a maximum of €30,000.

Donohoe also said that the Stamp Duty Residential Development Refund Scheme is to be extended. The scheme was to lapse at the end of 2021 but will be extended for an extra year.

The scheme provides for the refund of a portion of Stamp Duty for the purchase of commercial land that is subsequently developed for housing.

Reacting to the government’s housing plans, Labour TD Duncan Smith said that more needed to be done on affordability.

“Very disappointing that the delivery of a genuinely affordable housing scheme is absent from Budget 2021,” he tweeted. “Hopefully an announcement will be made very soon on this given its centrality to housing policy in the Programme for Government.”

Reacting to the extension of the Help to Buy scheme, estate agent firm Savills said it will help people who had wanted to buy a house this year but were prevented from doing so due to Covid-19 restrictions.

“We estimate that between 25,000 and 30,000 new homes are required each year to meet demand however, approximately 18,000 will be completed by the end of 2020,” Savills’ David Browne said this afternoon.

“Assuming 2021 brings some level of normality back to the market, stock levels should be higher, and therefore the extension of Help to Buy is welcome news – especially for those who missed out this year.”