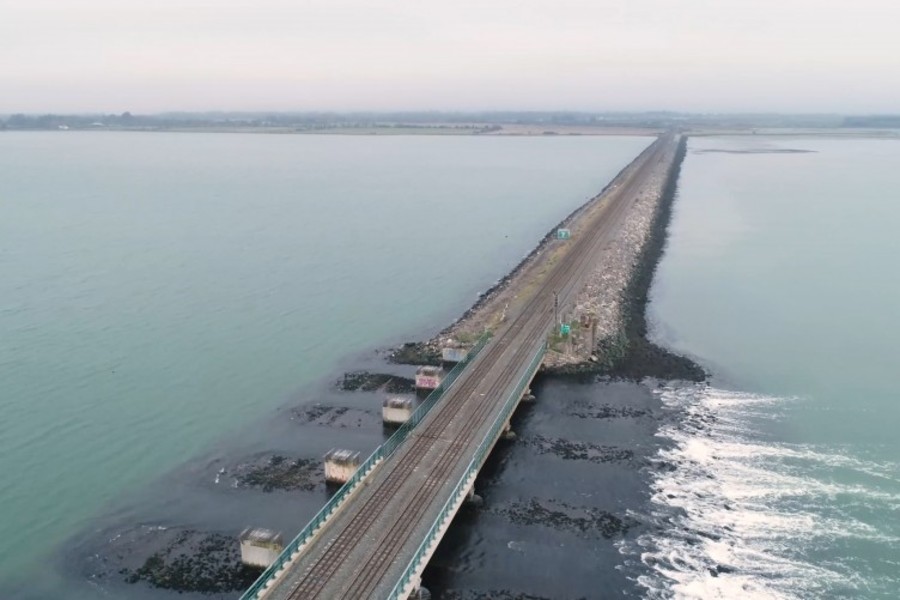 Part of the site which is to be developed.
Source: Fingal County Council
Construction on the site is to start straight away.

FINGAL COUNTY COUNCIL said it is to start preparations for the construction of the Broadmeadow Greenway after receiving official notification that An Bord Pleanála has granted planning permission for the €12 million project.

The greenway will travel from Malahide Castle to Newbridge House through demesne and parklands, rural farmlands and village environments.

The council said it will become a destination greenway for local residents, tourists and day-trippers while also playing a role in the developing network of sustainable transport routes in Fingal.

With the Baldoyle to Portmarnock Greenway scheduled to officially open next month, the Broadmeadow Greenway will be the next piece to be completed and plans for the rest of the route, which will eventually run from Sutton to Balbriggan, will be unveiled later this year.

The Mayor of Fingal, Councillor Eoghan O’Brien, said: “This is great news for Malahide and Donabate coming as it does at a time when businesses in both towns are dealing with the implications of the COVID-19 pandemic.

“Linking two of our regional parks for walkers, joggers and cyclists will provide many opportunities and I welcome the Council’s commitment to commence construction in 2021.  As a local councillor, this is something that I have pushed for many years and it is great to see it finally get the green light.”