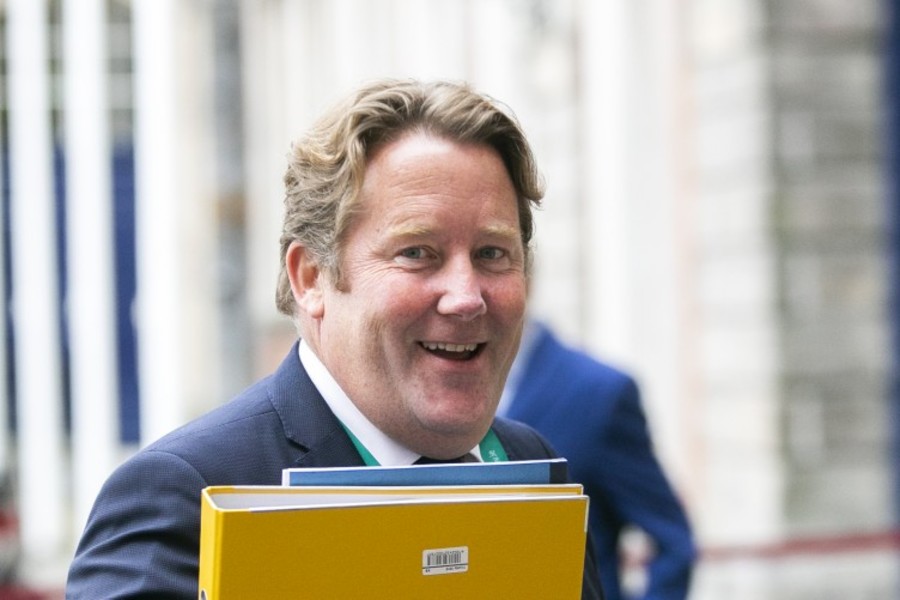 Darragh O’Brien, Minister for Housing, Local Government and Heritage, arriving for his first Cabinet meeting at Dublin Castle yesterday.
Source: Sam Boal/RollingNews.ie
Darragh O’Brien said he wants to ensure houses ranging in price from €160,000 to €250,000 will be available.

HOUSING MINISTER DARRAGH O’Brien has said affordable housing will be a priority for him during his tenure, saying he wants to ensure houses ranging in price from €160,000 to €250,000 will be available to people trying to get on the property ladder.

The new minister said the exact details of an affordable housing scheme are being ironed out but that it will be based on a “shared equity” basis.

Speaking on Newstalk Breakfast, O’Brien said: “We all know there’s a whole lot of people who are stuck in a rip-off rental trap, or living with their folks in their late 20s and 30s and saving as much as they can to try to get that mortgage which continues to elude them.”

“It’s been done before very successfully actually in Ireland, even in the 2000s when 16,000 families got their homes through affordable purchase, and that will be one mode of it and it’s to give hope to that generation who feel like, ‘When am I ever going to be able to get a home?’”

O’Brien said he hopes that in 10 or 15 years “you won’t need a scheme to drive affordability” as “that will have become part of the market”.

The Programme for Government drawn up by Fianna Fáil, Fine Gael and the Green Party commits to increasing the social housing stock by more than 50,000, with an emphasis on new builds.

O’Brien said delivery needs to be ramped up at local authority level in order to achieve this, as well as managing the impact of Covid-19 on building.

“What I need to make sure is that delivery of social housing isn’t impacted as badly as private housing is this year. The lockdown has affected the construction chain, there’s no question about that, it’s not only the shutdown itself, but the change in work practices.

“So from talking to the sector, it looks like our housing completion this year – where we were on track for about 25,000 or more public and private [houses] – will be less than 14,000,” O’Brien said.

“Over the next week or so I’ll be meeting all the chief executives of the 31 local authorities across the country.

“I’ve already started that to make sure that we’re really focused on a significant effort in that area and then the other really important piece is the delivery of an affordable purchase scheme for working people.”

O’Brien also noted that about 40% of the people on the housing list are single, saying there is a massive need for one-bedroom apartments.

“There’s a massive need for that if you look at those who are homeless as well. A sizeable portion of them are single people looking for one-bedroom apartments and we’ve really got to focus on it.”

During the interview O’Brien also said “the blanket nature” of a de-facto ban on mortgage approval for customers who are being paid through the Temporary Wage Subsidy Scheme needs to be addressed.