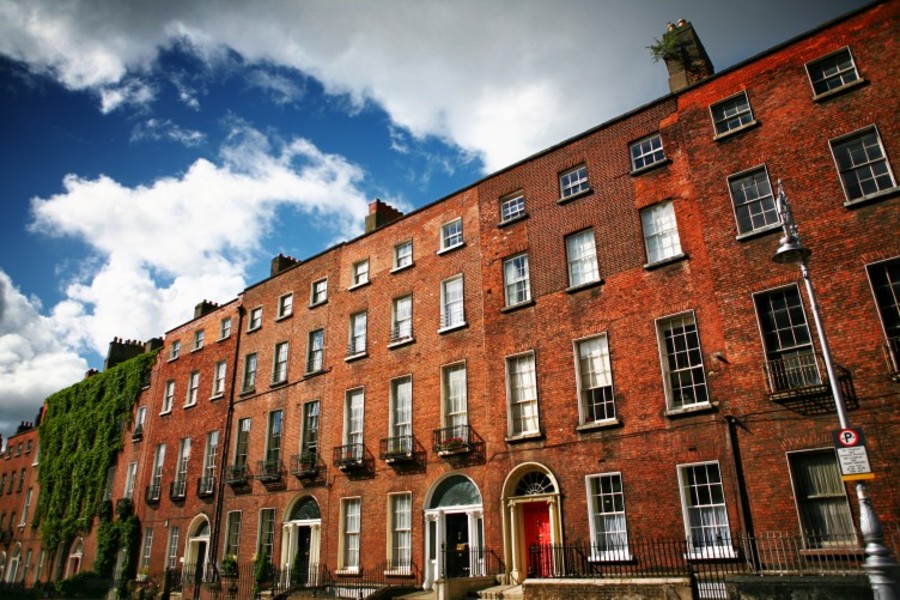 Source: Shutterstock / N K
The 39% spike is the highest one-month total for rental listings in the capital since August 2015.

THE NUMBER OF properties being advertised to rent in Dublin has increased by 39% in the month of May compared to last year, according to property website Daft.ie.

The almost 2,900 homes being advertised represents the highest one-month total for Dublin homes for rent since August 2015.

There are 5,300 rental properties listed nationwide – an increase of 6% compared to May last year.

There was a fall-off in properties for rent elsewhere in the country: with an 8% drop in Connacht-Ulster, and a 27% drop in Leinster, outside of Dublin. 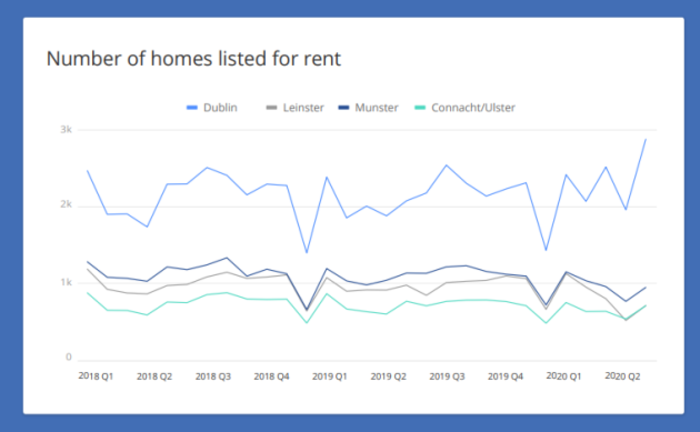 The latest figures for 1 June show that 4,089 rental properties were available in Dublin – with 2,410 of these in Dublin – that figure represents an even higher increase of 47% compared to the same date last year.

Before the Covid-19 pandemic, property site Daft.ie would release figures on a quarterly basis; this has shifted to monthly figures to reflect the changes in the housing market.

The new monthly report gives key figures on the health of both sale and rental markets, with figures showing a 0.6% rise in average rents in May, compared to April. 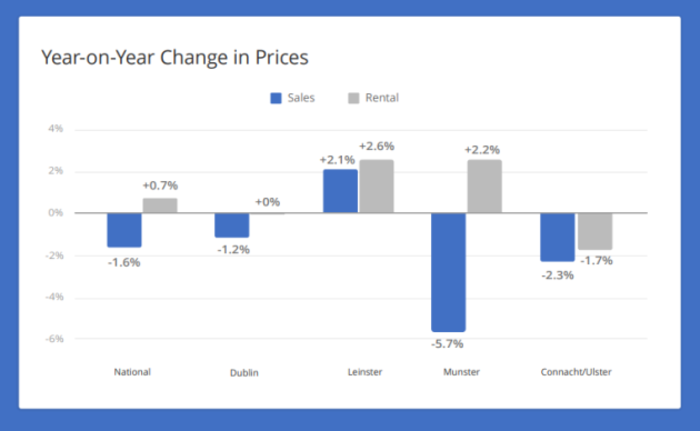 Sale prices are now lower than a year ago in all parts of the country except Leinster (outside Dublin), where they remain 2.1% above levels seen a year ago.

In Munster, however, the average listed price in May was 5.7% lower than a year ago. In contrast, May rents were on average higher than those seen a year previously – although in Dublin they were unchanged, while in Connacht-Ulster they were 1.7% lower. 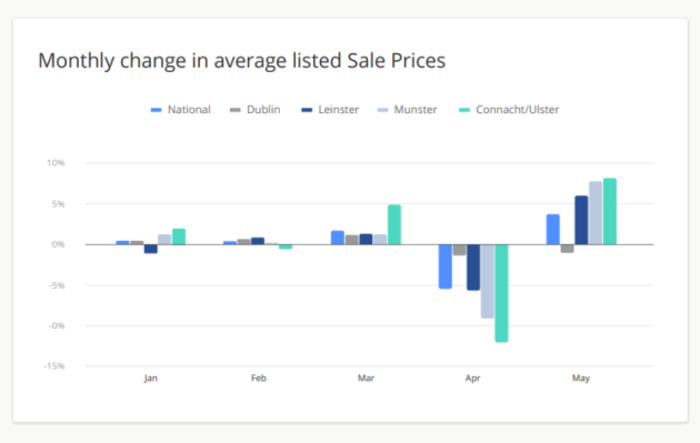 Trends in availability show starker differences between sale and rental segments. Across the country as a whole, there were 22% fewer homes for sale on 1 June than on the same date in 2019.

This reflects a collapse in new ads of homes for sale, with just one quarter the number of homes put on the market in May 2020 than the same month a year ago. 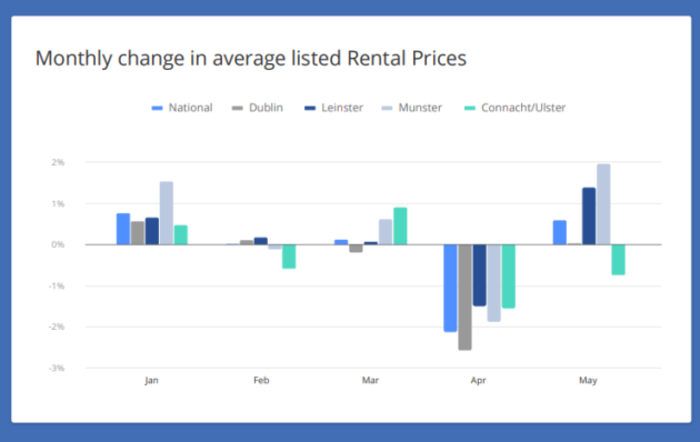 In the rental segment, however, the number of homes available to rent in May was up slightly nationwide – by 6%, compared to the same month last year. However supply for Dublin has surged and is up by almost 40%, while the rest of the country saw reduced supply.

In the rest of Leinster, there were just 1,234 rental listings across both April and May this year, compared to almost 1,900 in the same two months in 2019.

Rental prices nationwide did fall 2.1% in April, compared to March, a substantial fall, but this was far less than was seen in the sales market. Furthermore the recovery is much more muted, at just 0.6%.

Commenting on the report, economist Ronan Lyons said: “The latest figures from the housing market shows clear differences in how sale and rental markets are responding.

“Sale markets have been more volatile – something to be expected given the role confidence plays in making a home purchase.

“Rental markets have been steadier but are also pointing to lower rental levels. As the economy begins to open up again after the Covid-19 lockdown, it remains to be seen the extent of the damage, in particular in the numbers out of work.

“Ireland’s ability to get back to work – and to reconnect with the rest of the world economy – will be critical in restoring a healthy level of housing demand. Nonetheless, huge underlying supply shortages remain, in particular homes for renters in Ireland’s main cities.”

You can read the report here.