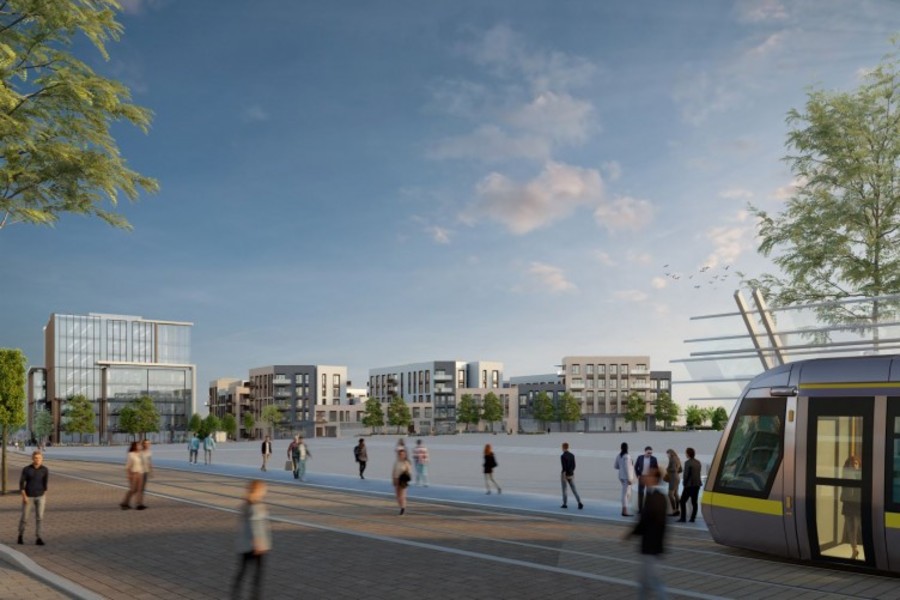 Source: Ronan Group
The build-to-rent apartments will be constructed by Ronan Group.

DUN LAOGHAIRE-RATHDOWN County Council has approved the construction of almost 200 new apartments in the new Dublin suburb of Cherrywood.

The 198 build-to-rent apartments, which will be built by Ronan Group, will form part of a new development between Cabinteely and Loughlinstown.

The area is the largest single urban development project in Ireland and will eventually be home to around 25,000 people.

Gavin Wyley, Head of Residential at Ronan Group, said the project would provide homes in south county Dublin where residents would have access to “some of the best amenities in Ireland”.

During the boom, the Cherrywood development was hailed as a prime location for first-time buyers and the ideal place for commuters to settle in.

As the slow-down in the economy set in, however, development in the area halted and large land parcels were left idle.

Last year, plans for another 1,300 homes in the area by another developer were also approved by Dun Laoghaire-Rathdown County Council.

- With reporting by Orla Dwyer.