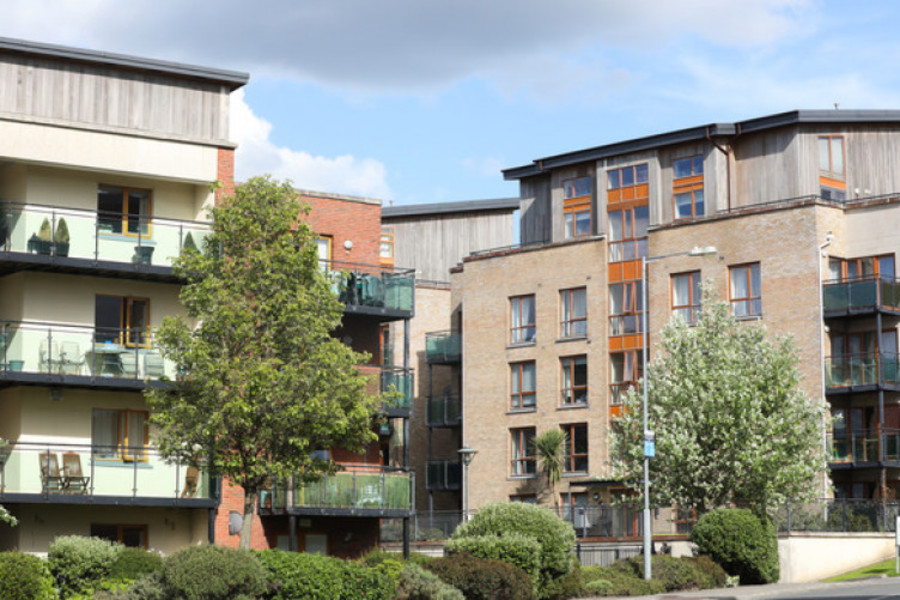 THE DÁIL HAS passed a controversial amendment that allows funds to side-step 10% stamp duty if they lease back houses to the State for social housing.

Last month, the government moved to introduce a new 10% rate of stamp duty on bulk purchases of 10 homes or more last month.

However, the amendment that came before the Dáil this evening will exempt institutional investors from the charge under these circumstances.

Sinn Féin’s Eoin Ó Broin TD was among TDs to criticise the length of the debate, which was given an hour in the Dáil schedule, accusing the government of “not playing by the rules”.

Sinn Féin withdrew a pairing arrangement whereby opposition TDs agree to abstain in a vote if a government TD is forced to be absent from the Dáil due to an unavoidable appointment.

However, the amendment was passed with 74 votes in favour to 59 against.

Speaking during the debate, Minister for Finance Paschal Donohue, who tabled the amendment, said that funds have a role to play in the “provision of rental accommodation which otherwise I believe in many cases would not be built”.

“If we acknowledge we need to build homes at scale, at speed, if we acknowledge that there is a burning urgency and need for the supply of new homes to be quickly accelerated, if we look at what the government is already do with the money that we’re making available… is there a role for the private sector in this?” Donohue said.

The new stamp duty change is aimed at tackling so-called cuckoo funds buying up housing developments from first-time buyers but opposition members have said the new amendment signifies “the white flag of surrender” to cuckoo funds.

Housing Minister Darragh O’Brien has denied these accusations and has accused the opposition of “scaremongering”.

He has argued that the amendment is time-limited and is being brought forward to protect the delivery of social housing for almost 2,500 families by the end of the year.

“In relation to the amendment that we have laid down later this evening, it is to ensure that around 2,400 leases that are currently going through the system, which will be used for social housing and social housing only, would be exempted from the 10% because there would be a risk that some of these would not go ahead,” O’Brien told RTÉ’s Drivetime programme earlier today.

Also speaking on Drivetime, Ó Broin said that “at least 1,000″ of the 2,400 homes referred to already have leases signed, so they are not at risk as the minister claims.

He added that the State should buy the remainder of the homes instead of leasing them from the investors as this would represent better value for money in the long-term.

“If the buyer knows that they’re going to get an exceptionally high rent guaranteed and index-linked over 25 years, that pushes up the cost of that property and then of course the taxpayer has to pay a very hefty bill,” he said.

“If the minister was serious about tackling the housing crisis, he would not only increase the capital expenditure as has been recommended by myself and ESRI by borrowing at virtually zero interest rates, they would get those developments back up and running and they would ensure that on all of those developments that there would be social, affordable rental and affordable purchase homes, instead of lining the pockets of institutional investors at great expense to the taxpayer.”

The new higher rate of stamp duty is the main component of the government’s response to the ongoing controversy surrounding so-called ‘cuckoo funds’ like the one that bought up the majority of the Mullen Park housing estate in Maynooth earlier this year.

In the Dáil earlier today, Taoiseach Micheal Martin was accused of helping so-called cuckoo funds to evade measures aimed at limiting their role in the housing market with this “sneaky amendment”.

Sinn Féin’s Mary Lou McDonald said the Taoiseach has “not reigned in funds” but is actually facilitating their actions and incentivising them to buy up homes, forcing regular buyers to compete with large investment funds.

“Don’t pretend this helps people stuck in the rental market,” she said.

“This is about big bucks and funds muscling in with the help of this government, into the property market,” she said.

The Taoiseach moved to defend the government’s plans, stating they “can’t turn off the tap” immediately.

Martin said direct build is the focus on the government, but that the pandemic has slowed their progress.

“We need more houses and right now we don’t have enough supply,” he admitted.

Yesterday, when questioned over the amendment, Martin said the government’s response was being “distorted” with the Opposition focusing in on one single amendment, “as if that constitutes the entirety of Government policy, which of course it does not”.

- With reporting by Rónán Duffy, Lauren Boland and the Press Association