Your guide to Finglas: Big suburb with a 'village feel' (plus Bono and Ireland's first airport)

And not forgetting Lino Ritchie.

LIKE MANY OTHER Dublin suburbs, Finglas spent most of its history as a country village outside the capital. Through the 18th and 19th centuries, it grew into a busy market town, taking its name from the Finglas River which flows into the Tolka. (Today, the stream burbles through a pipe underneath the dual carriageway.)

In the 20th century, it was the home of Ireland’s first commercial airport. Kildonan Aerodrome, founded in 1932, offered tea rooms and flights operated by Iona National Air Taxis – until Aer Lingus set up at nearby Collinstown Aerodrome (soon to become Dublin Airport) and took all the business.

But it was in the 1950s that modern Finglas really took shape. New housing estates sprang up, built to house the families displaced from the inner city by development works. These were mostly built first in Finglas East, then west and south, with the most recent developments being around Charlestown in north Finglas towards the M50.

It is bordered by Cabra to the south, Glasnevin and Ballymun to the east, and the M50 to the north.

Take me there! OK, here you are on the Finglas Road in the middle of the old village, facing St Canice’s Church.

So what’s the big draw? The sense of community. The older areas of Finglas still have a much-remarked-on ‘village atmosphere’ that is a prized commodity among Dublin suburbs. (And come on, there’s a whole sculpture called The Spirit of Finglas.)

There’s also the location – Finglas East is perched neatly half way between the city centre and the M50, handy for travel in both directions.

Some of the newer areas of Finglas don’t have such strong community engagement, and there has been negative publicity over the last 15 years or so. But many locals are adamant that media coverage doesn’t reflect the neighbourhood they call home. (“We get bad publicity,” said one, “but sometimes I find that it’s not the same place that I’m connected to.”)

What do people love about it? That village feel, says Philomena Byrne-Murphy, a lifelong Finglas resident and chairperson of the Tidy Towns group.

When my father grew up here it was a country village. It’s now an urban village but it still has that village effect. You could walk down to the village centre in five minutes, and you’re never lonely. The atmosphere is very nice.

Marie Duffy, from the same group, agrees – but also mentions the location. “It’s very close to town on the N2, the M50, the airport is on the Northside. We’ve got the new shopping centre and the new cinema up in Charlestown.” 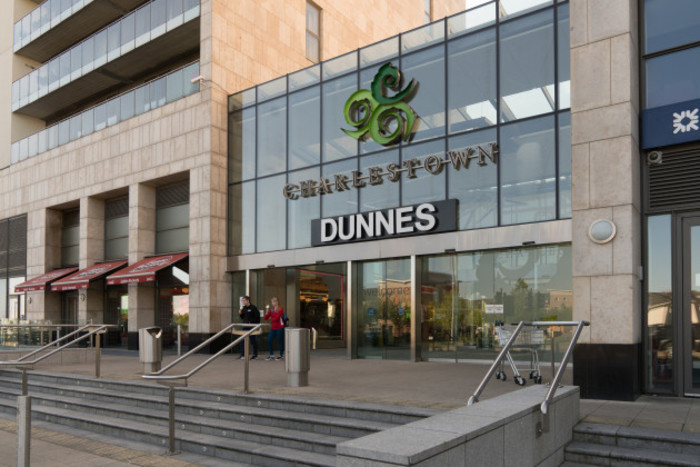 And… what do people NOT love about it? Community spirit notwithstanding, the village could use some investment, says Philomena:

We don’t have a lot of shops in the village really. It would be great to see some new businesses come in. We have a few derelict buildings that we’re really trying to do something about – so that people aren’t sitting on them for years unused.

There are hopes that the new Luas will serve the Finglas area in the future too, says Marie:

We have the Luas going to Broombridge, hopefully we’ll get that up to Finglas in time – but at least a connector bus. We have a lot of people coming in on the N2 that would have moved out to the likes of Ratoath, and it would bring them into the village.

What’s the story with house prices? Overall, some of the lowest in Dublin. The average asking price for a property was just over €225,000 at the end of 2017 according to Daft.ie – far below the citywide figure of €400,000 or so. Just five neighbourhoods have cheaper properties on average.

However, the area is in the top 20 most-searched Dublin neighbourhoods on Daft.ie, suggesting that interest in properties is significant.

In the car, it’s a 20-minute drive into the city centre. (At rush hour, of course, the timings are very different.)

However, Finglas is also extremely handy for the airport and Blanchardstown centre, and its proximity to the M50 gives it good access to the motorways too.

Where should I get lunch? Food Fare in the village is a long-standing local institution serving sandwiches, solid lunch staples and greasy-spoon Irish breakfasts with a devoted following.

Alternatives: The Lemon Tree is a Chinese in the village that’s popular with families. Alternatively there are a load of options in Charlestown Shopping Centre, from Shallots Indian restaurant to an Eddie Rocket’s.

And what’s my new local? The Shamrock in the village is a longstanding local known for its generous carvery.

Alternatives: The Full Shilling is the biggest nightspot in Finglas, with a DJ seven nights a week and notorious bouncers. O’Riordan’s/the Drogheda Lodge is a bit quieter.

Schools and supermarkets? There’s an absolutely whopper Tesco just north of Tolka Valley Park, and both an Aldi and Lidl just off St Margaret’s Road, and a Dunnes in Finglas West. In the heart of the village, there is a SuperValu (which before the rebrand was actually one of Ireland’s first Superquinns).

There are 13 primary schools in the area, clustered mostly towards the south and east.

Anything else I should check out? You could always go for a look at Bono’s childhood home at 10 Cedarwood Road, to the east of the village. (There is some controversy about whether it’s technically in Finglas or Ballymun, but Google Maps says Finglas.)

OK, I’m sold. Give me one piece of Finglas trivia to impress a local.

In medieval times, Finglas was a rural area forested with oak trees (today, it just has an Oakwood Road to show for it). According to local lore, oak from these trees was used for the famous roof of Westminster Hall in London – the largest medieval timber roof in Northern Europe – as well as other English landmarks.

Do you live in Finglas? Share your opinion in the comments!